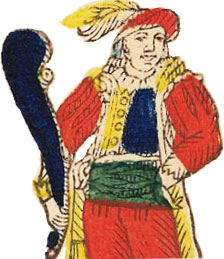 This fine Spanish-suited deck from the nineteenth century shows most of the features of the style known as the Maciá Pattern which was originally produced by a Barcelona cardmaker in the 1830s and subsequently used as a model by other makers. It is not clear whether this example was made in Spain or elsewhere. The standing figures adopt classical poses and the Kings have the whole length of their legs in view, although in this example the Kings of Swords and Cups are not wearing laurel wreathes as in other examples and only two of the Kings are wearing shoulder-capes. The Ace of Coins shows a central medallion bearing a lion and a cannon, with two scrolls bearing the legend "Fabrica de Madrid". During the 1860s the pattern was also produced in Italy and by Spanish manufacturers in Barcelona and Igualada. 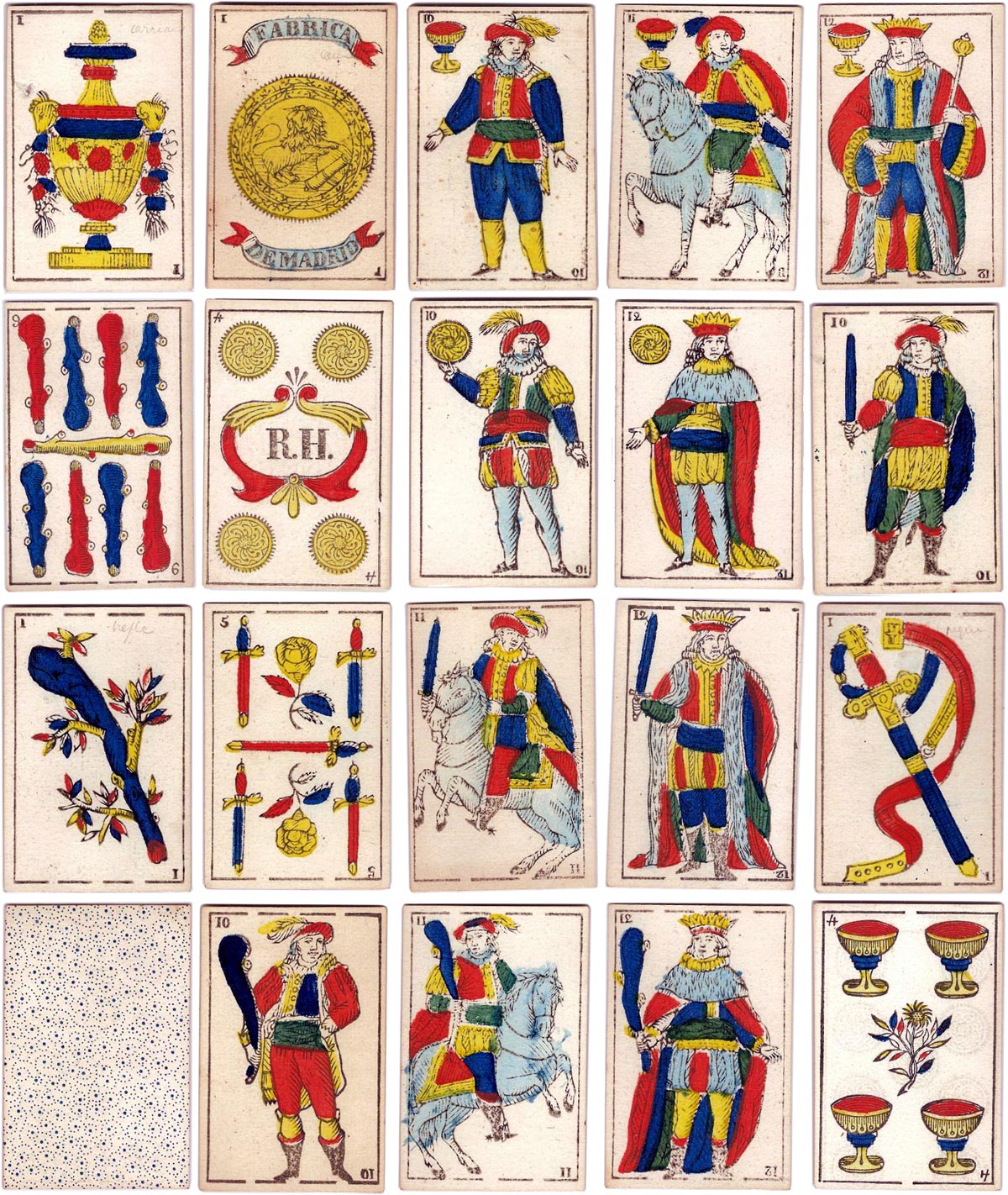