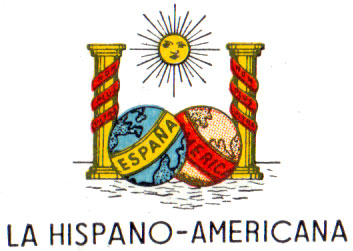 After the Spanish Civil War (1936-40) only three or four Spanish playing card makers remained: Fournier, Comas and Roura. During the firm’s existence, a range of popular standard designs were produced, including Catalán and Castilian type packs, plus Cádiz-type models for exportation to Philippines and Latin America. Brand names include Dos Mundos, La Hispano-Americana, La Legitima Loba and El Toro. Juan Roura worked in Barcelona at Calle Nápoles no. 113 until acquired by Heraclio Fournier in 1962. 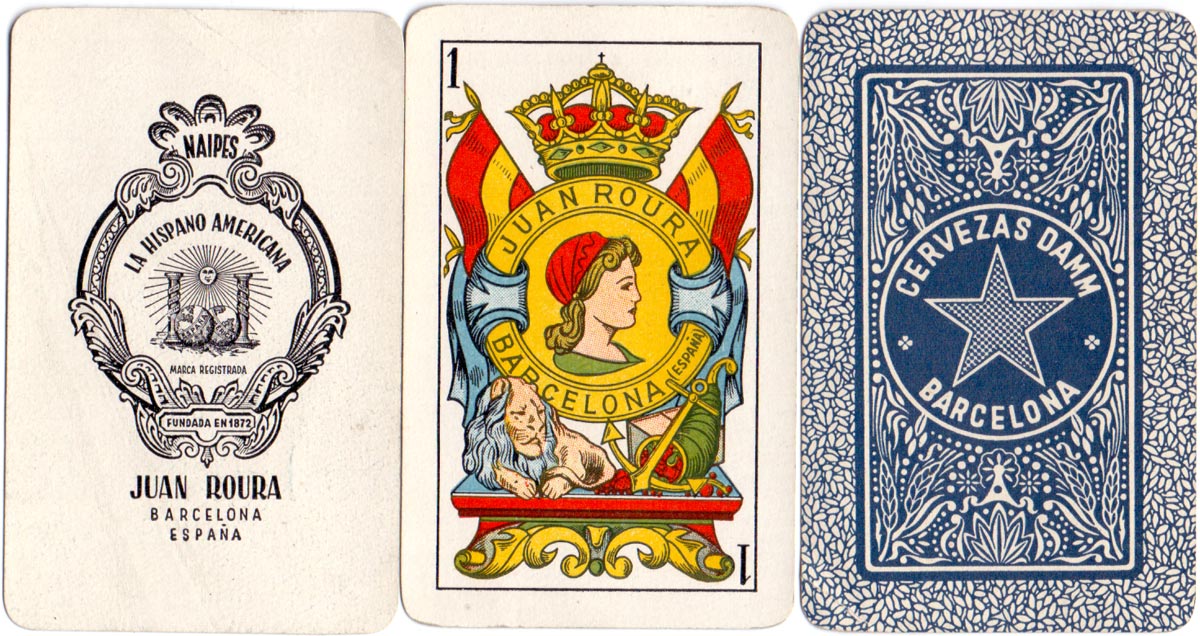 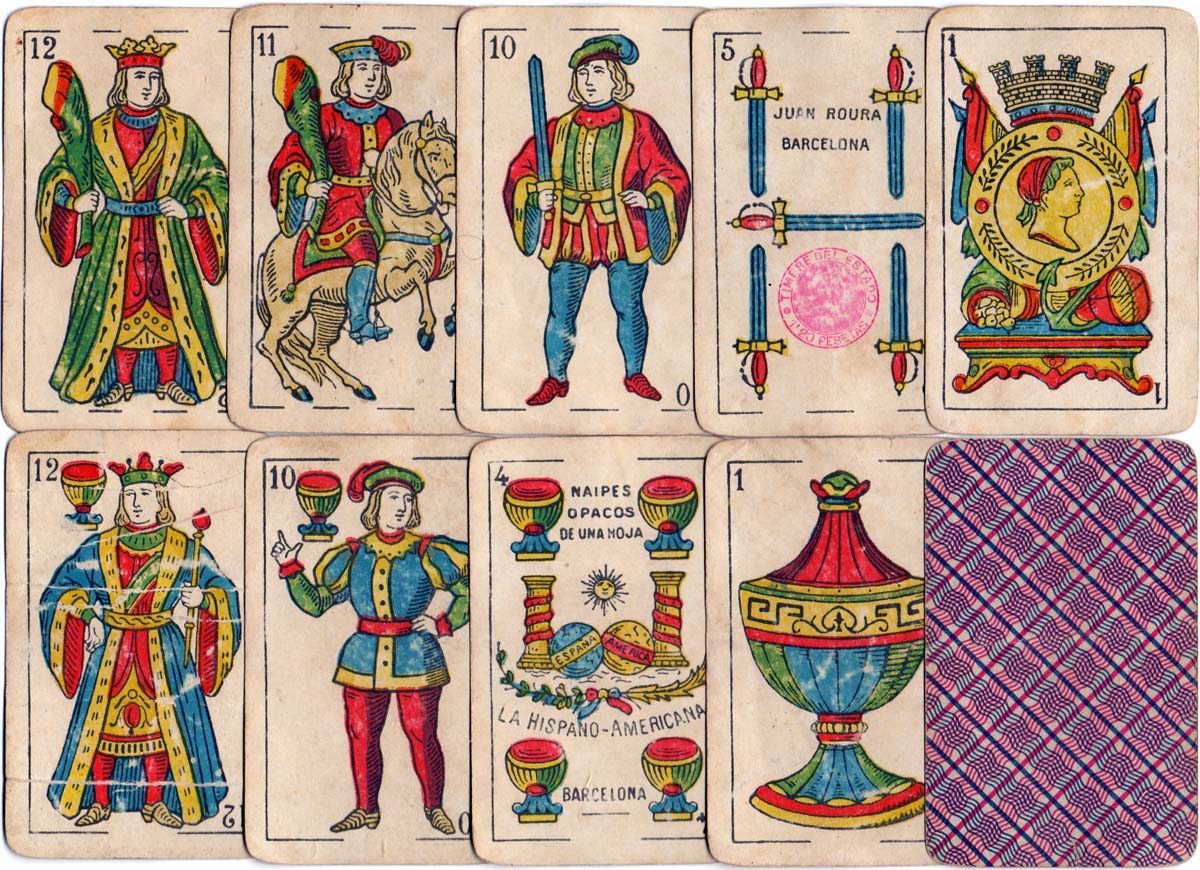 Above: Catalan type "Naipes Finos de Una Hoja La Hispano-Americana", manufactured in Barcelona by Juan Roura, c.1935. The ace of coins has a mural crown of the Second Spanish Republic. This design was used, with slight modifications, over several decades   see more► 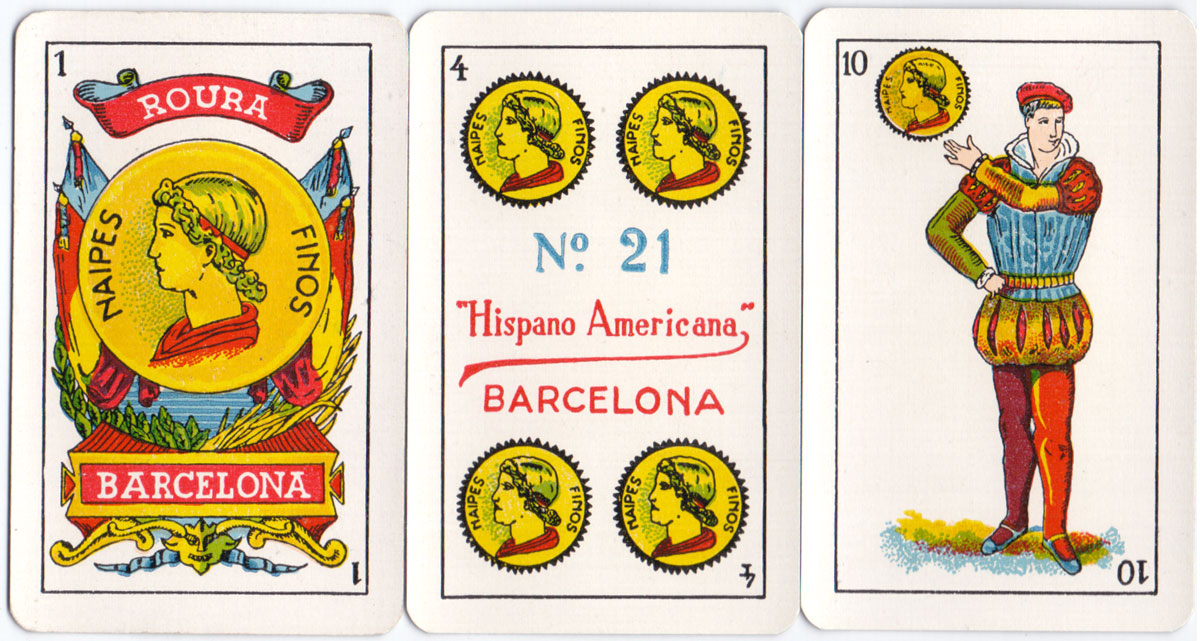 Above: Naipes "Dos Toros", in the Cadiz style, produced for export to the Philippines by Juan Roura, Barcelona   see more►