Souvenir playing cards with Scenic Aces made by Johannes Müller in around 1850. This is the time when Müller was expanding his range of products to include railway tickets to meet the growing demand from the railways being built, which happily coincided with the rise in tourism for which he produced scenic playing cards like these. In time the enterprising Müller widened his playing card range and began developing export trade.
See also:  1860 scenic Aces► 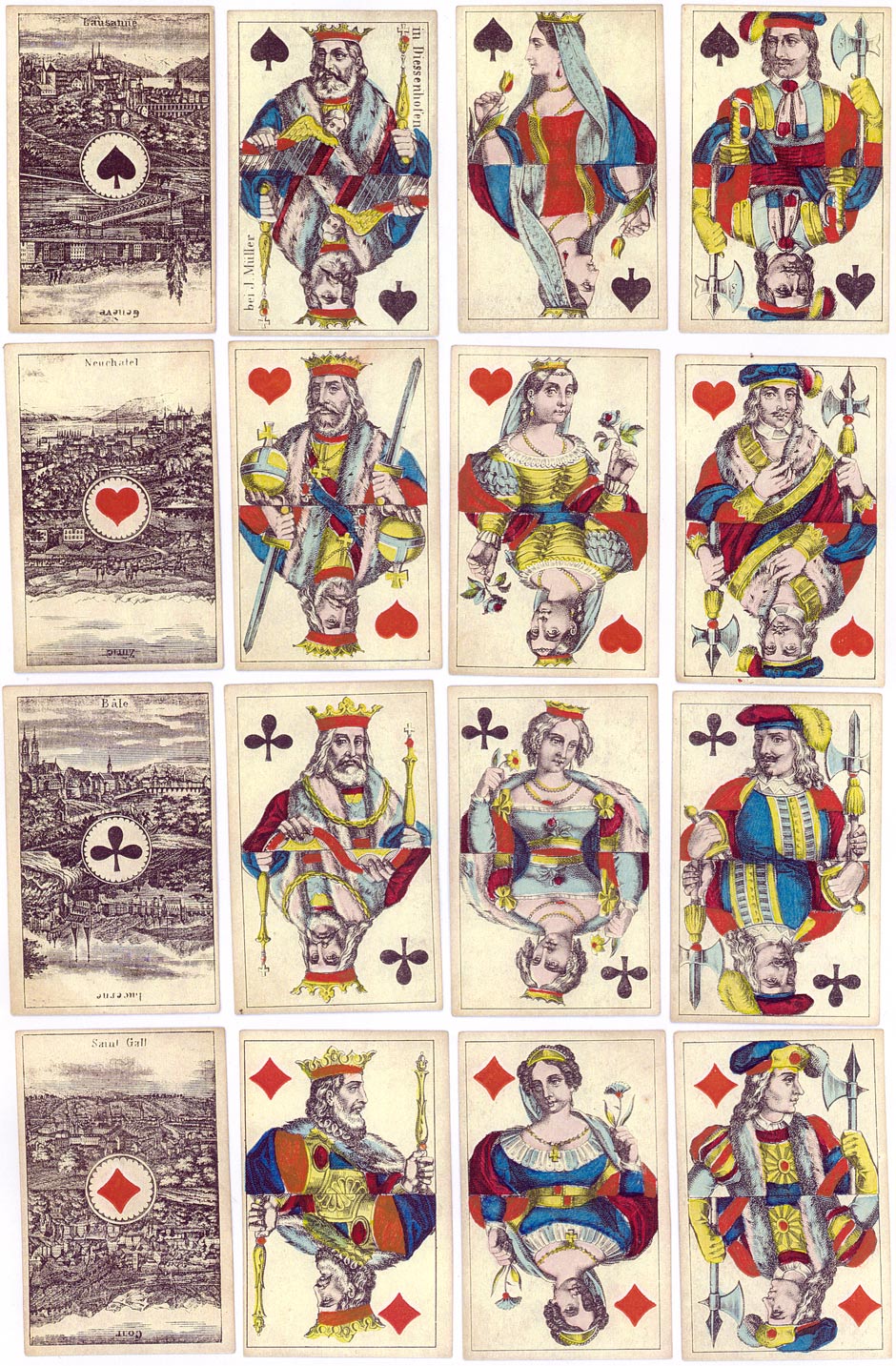 Above: Souvenir pack with double-ended scenic aces made by J. Müller, Diessenhofen, c.1850.

Later editions had more picturesque scenes on the aces. 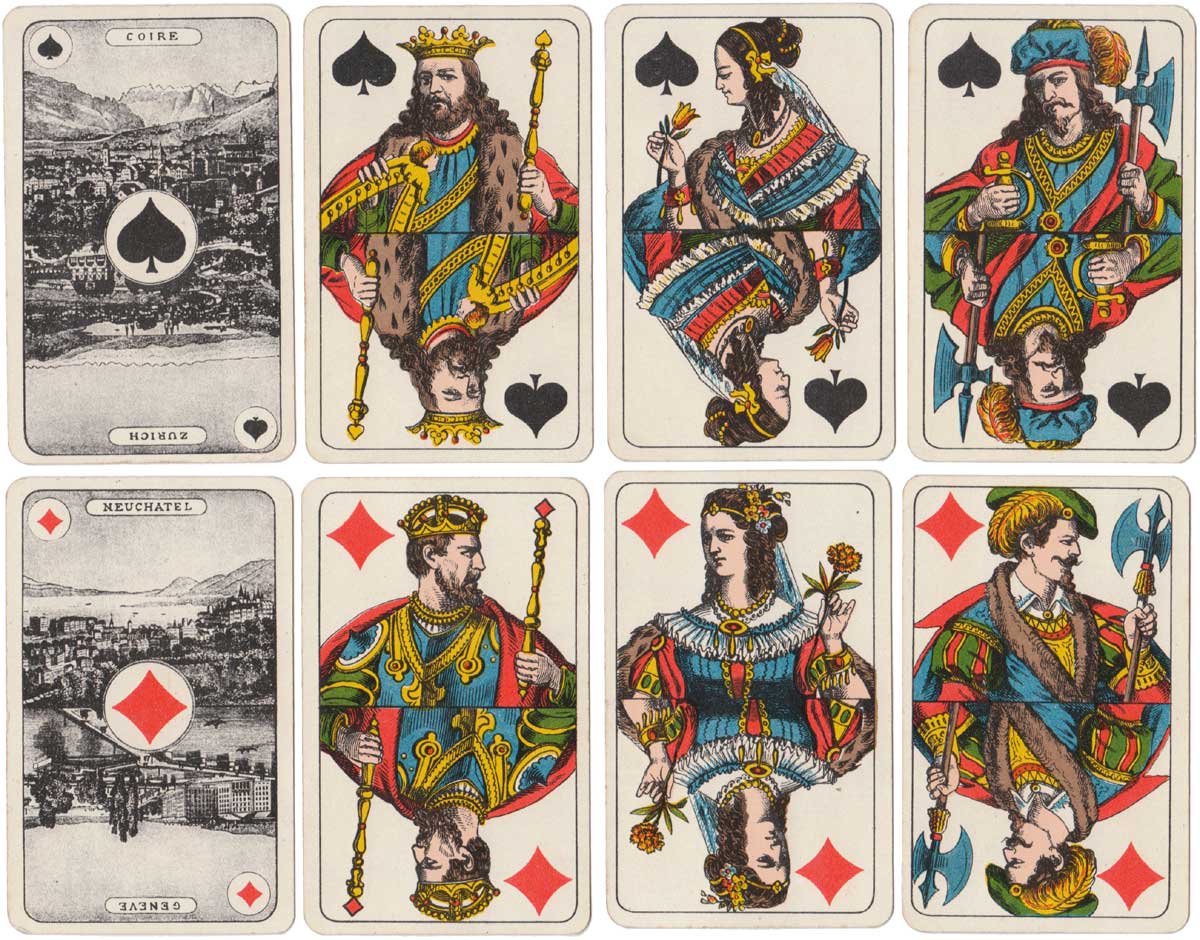 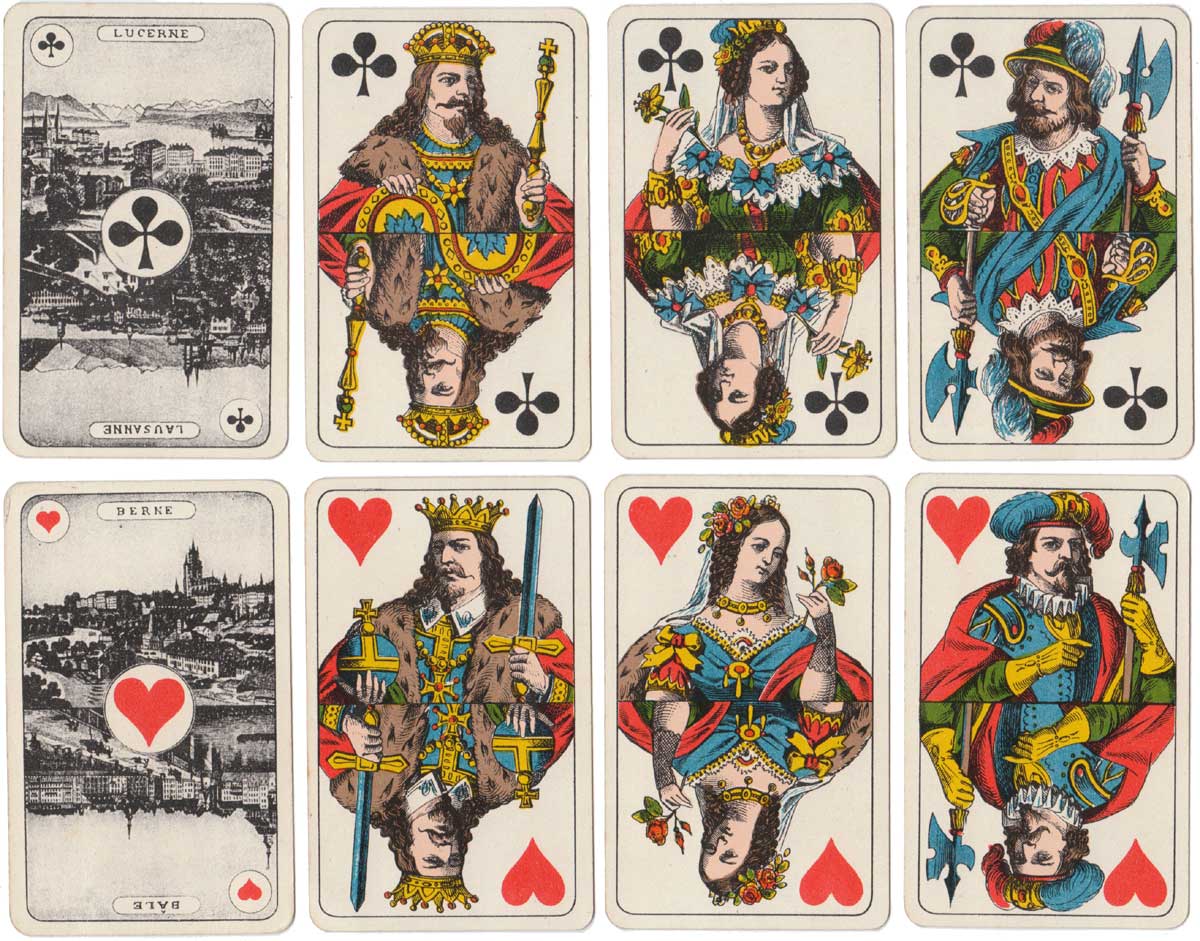 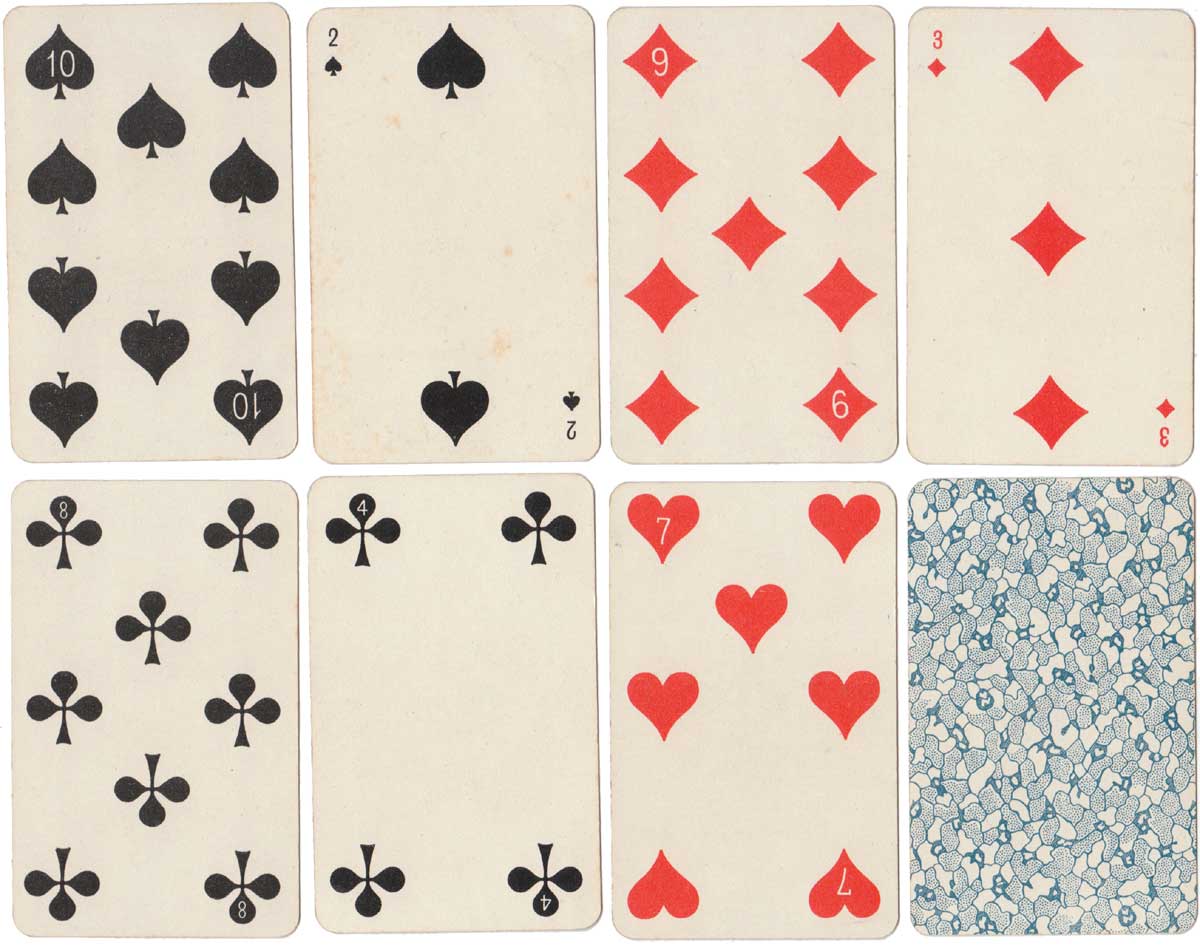 Above: picturesque scenes on the aces, c.1930s. The pip cards have their number inside the top left pip on all but the 2s and 3s. Courtesy Rex Pitts