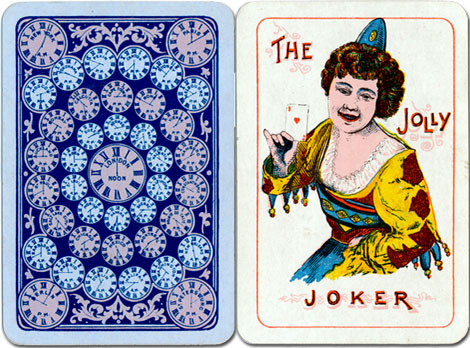 Kimberley's “Royal National Patriotic” playing cards from the fifth and final edition which was issued during the period c.1902-5. This edition has standard corner indices replacing the words King, Queen and Jack, and also contains a “Jolly Joker” depicting a lady holding an Ace of Hearts. Also the diagonal drapery at the intersections has been simplified. 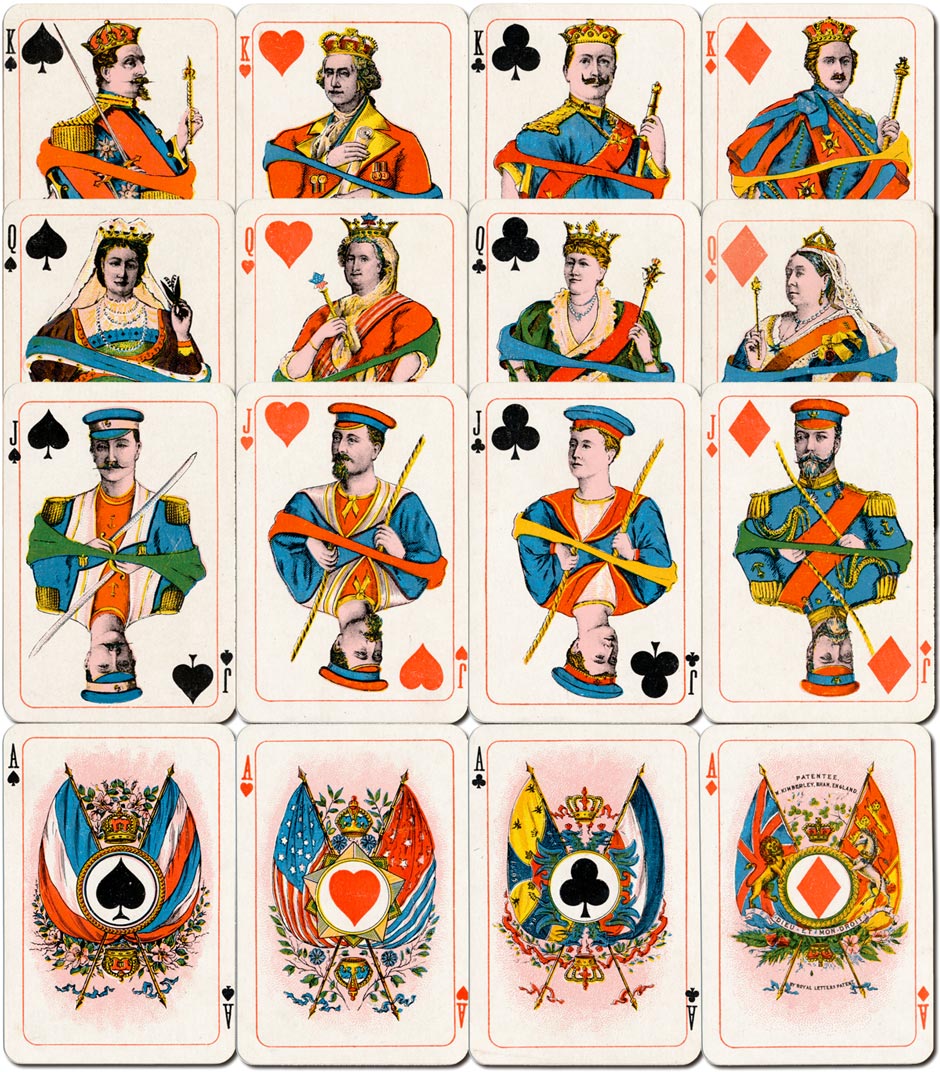 Above: Kimberley's Royal National Patriotic playing cards from an edition of c.1902-5 with conventional corner indices. This edition also contained a Joker depicting a lady holding a card. The differences between the different editions in quality and method of printing suggest different printers were involved. Cards from the collection of Barney Townshend.