In 1999, following the release of the adult comedy crime caper “Lock, Stock & Two Smoking Barrels”, Universal Pictures (UK) released a special ‘limited edition collectors set’ based on the film contained within a large hinged box containing a VHS video tape of the Director’s cut of the film, a script book of the film, custom poker chips and a deck of rather nice custom poker sized playing cards. 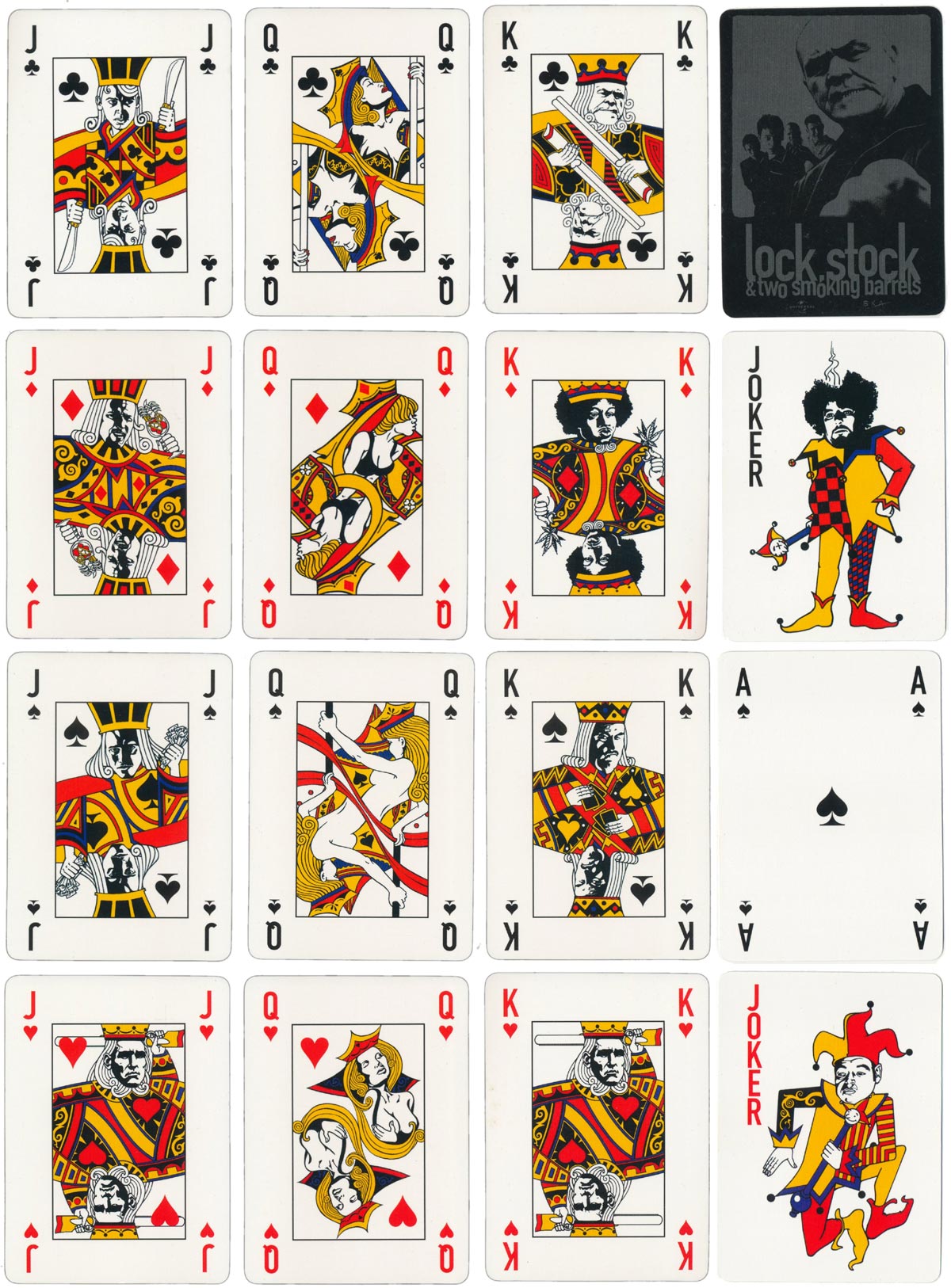