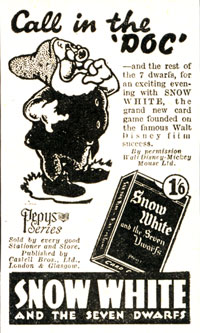 In 1937, the Walt Disney fairytale film “Snow White and the Seven Dwarfs” made a big impact at the first showing in America. Pepys thought it would be a good idea to produce a Snow White card game to tie in with the general release of the film in the UK in 1938. Artists were despatched to sit through endless showings of “Snow White” making drawings for the cards and Kenneth Collins, Castell Bros managing director, sat down to write the rules for the game. 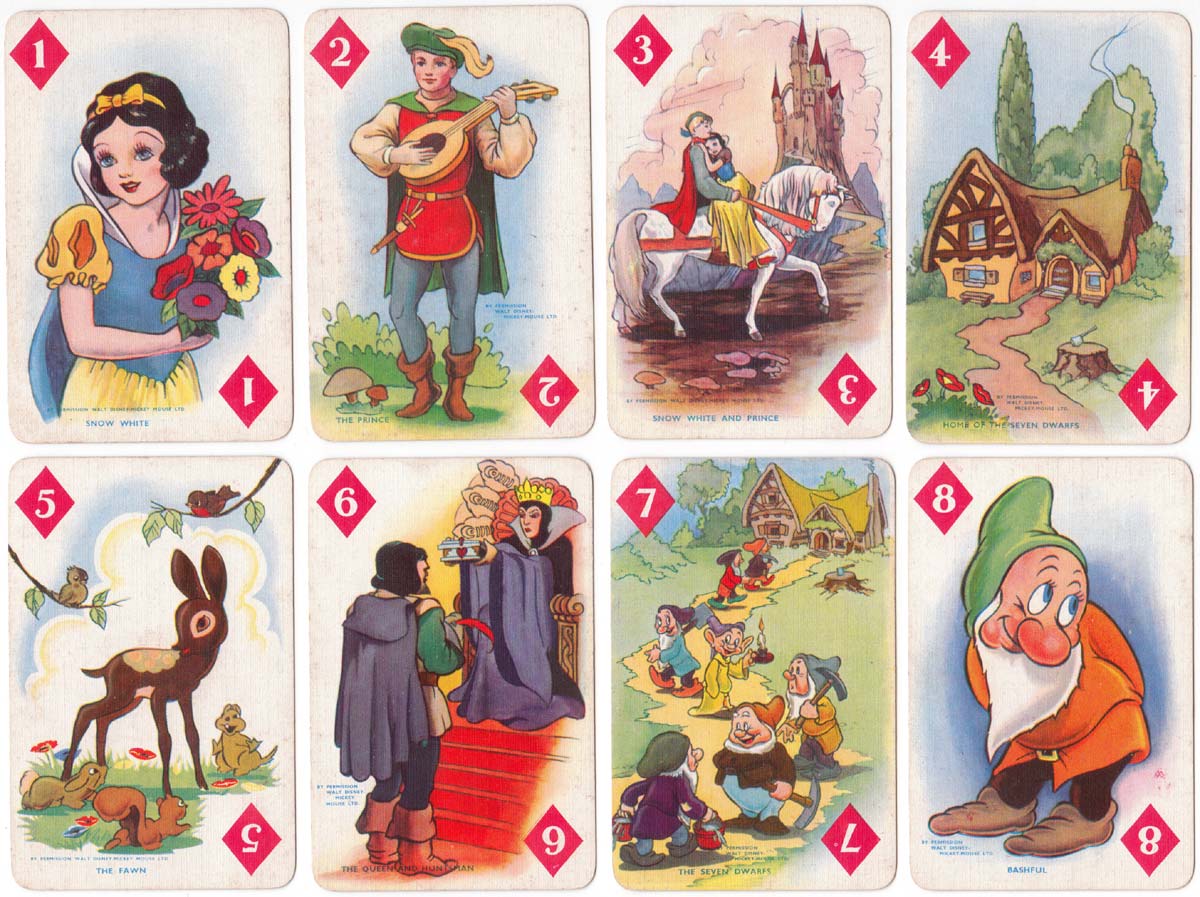 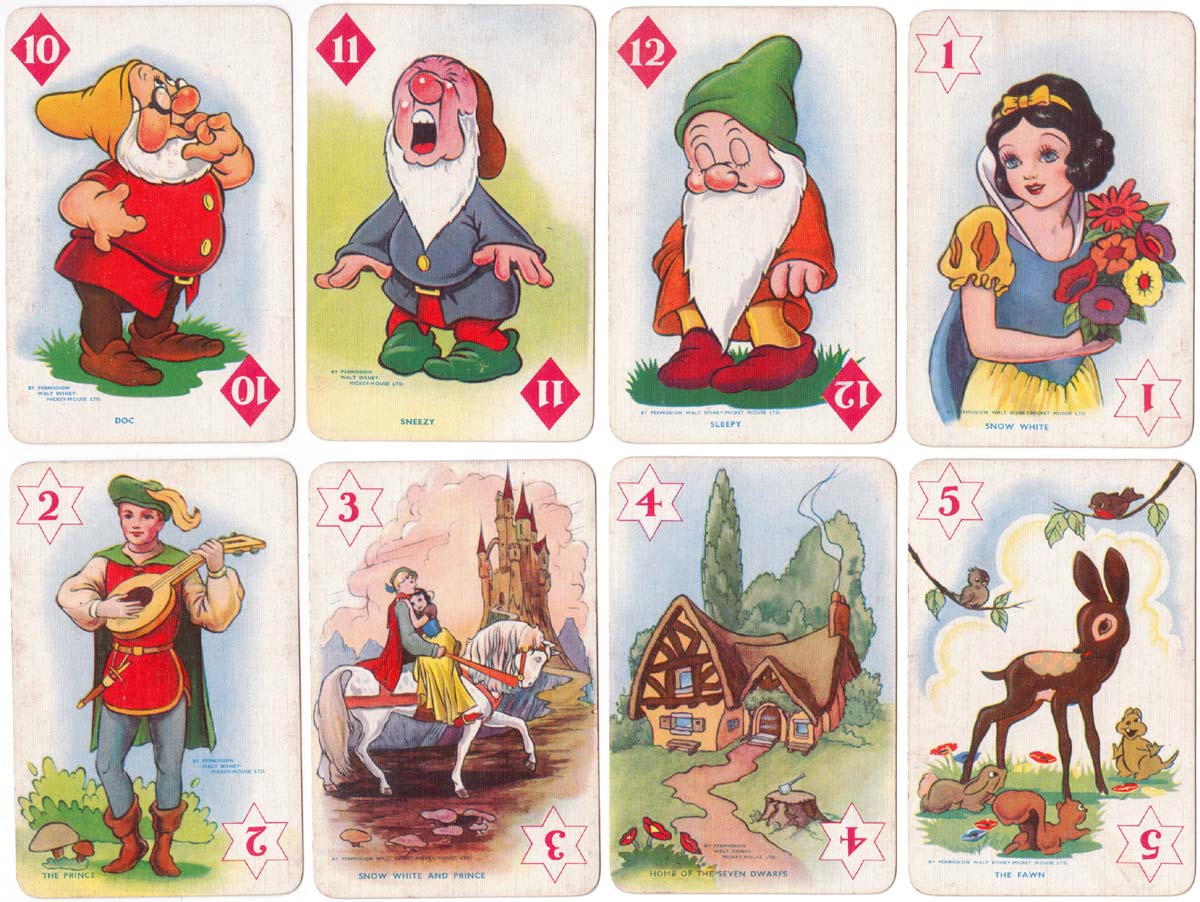 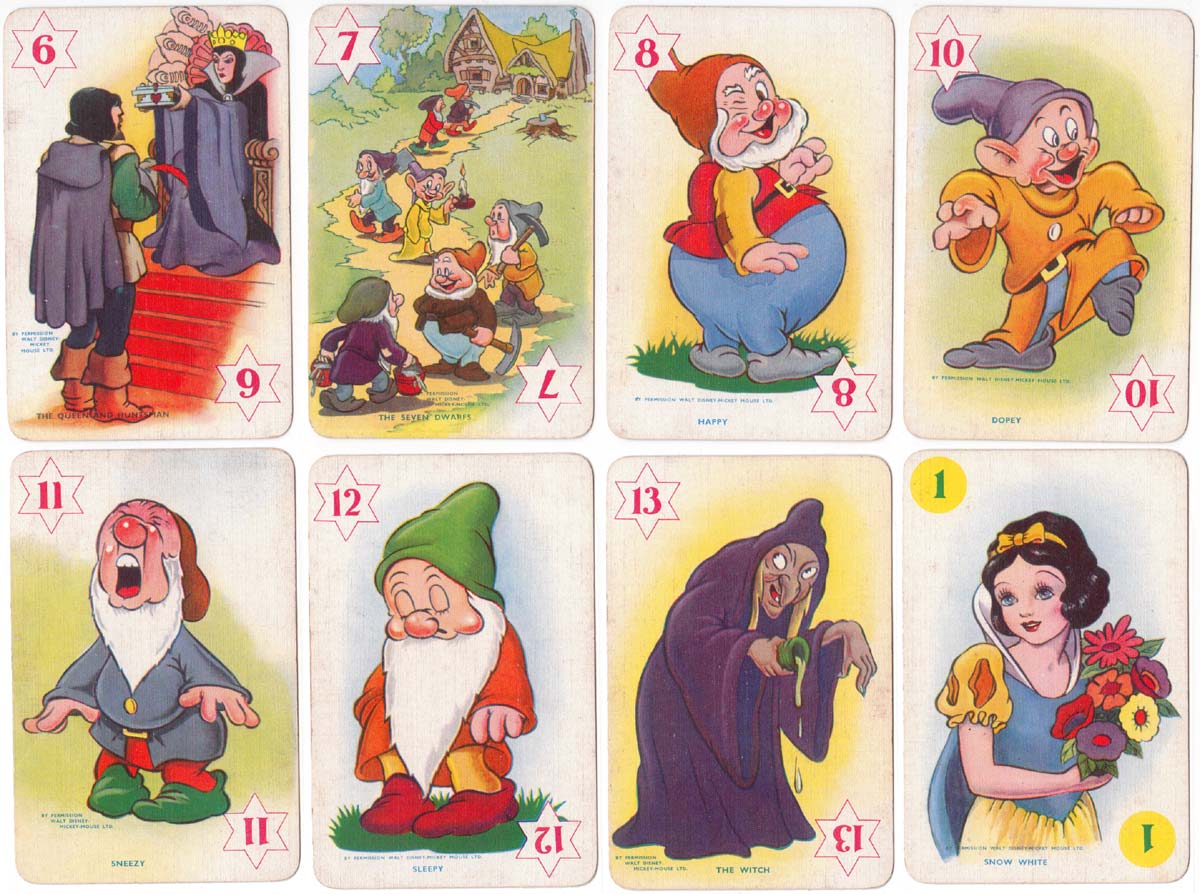 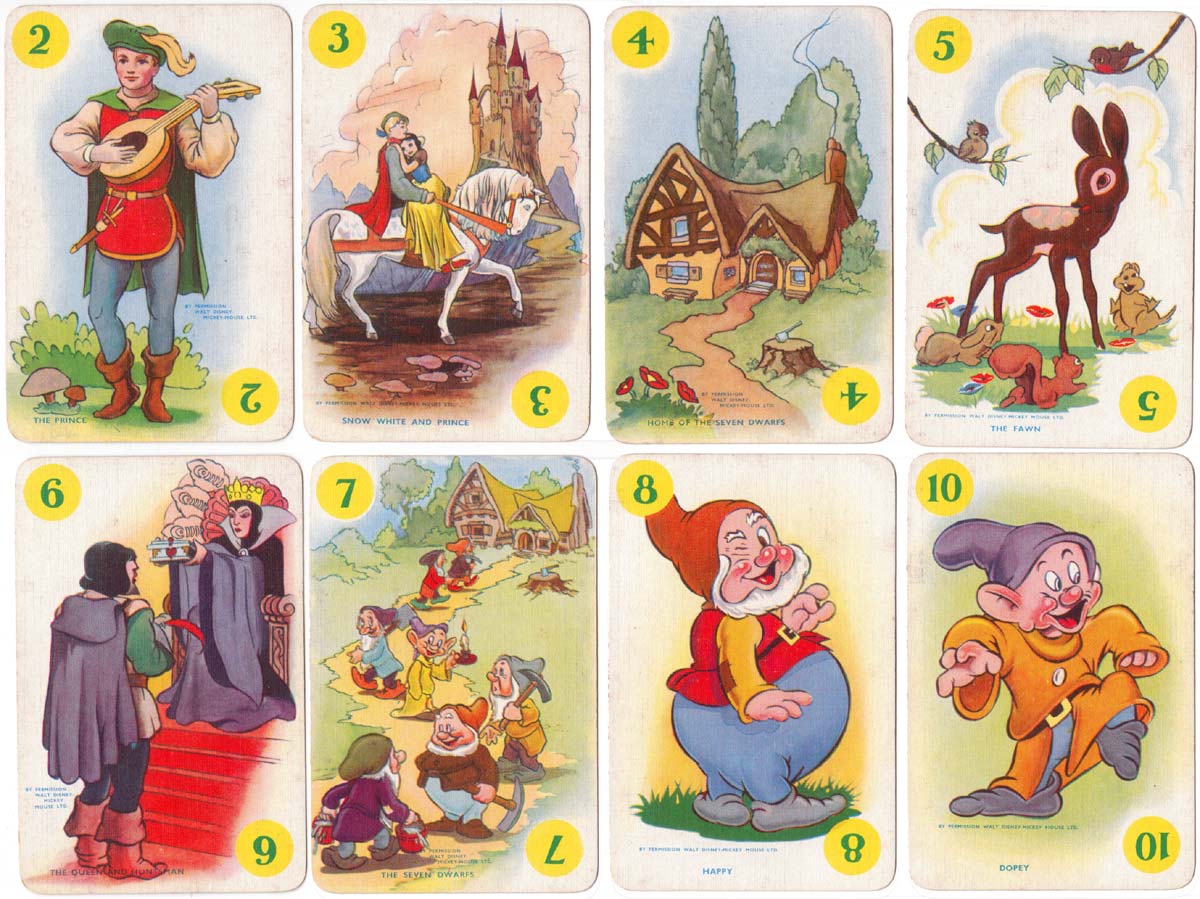 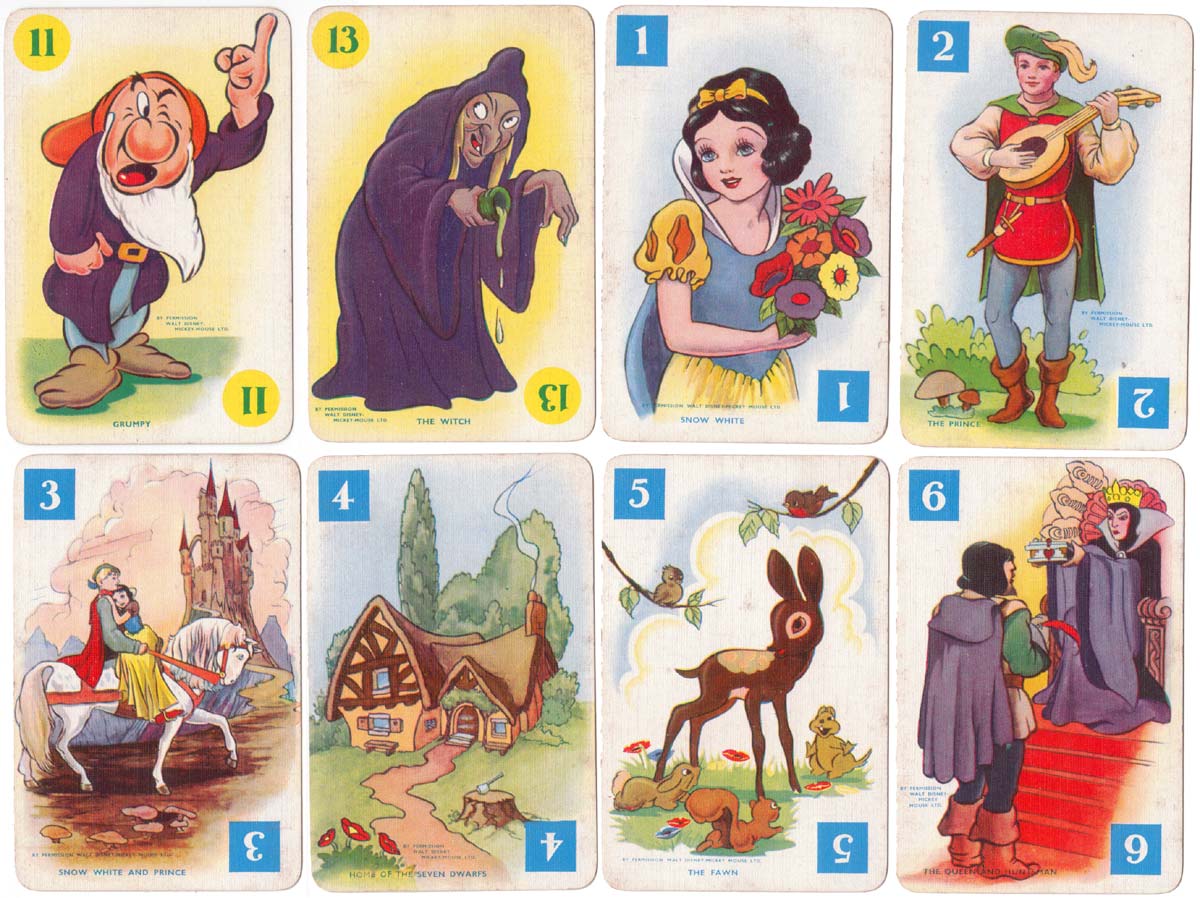 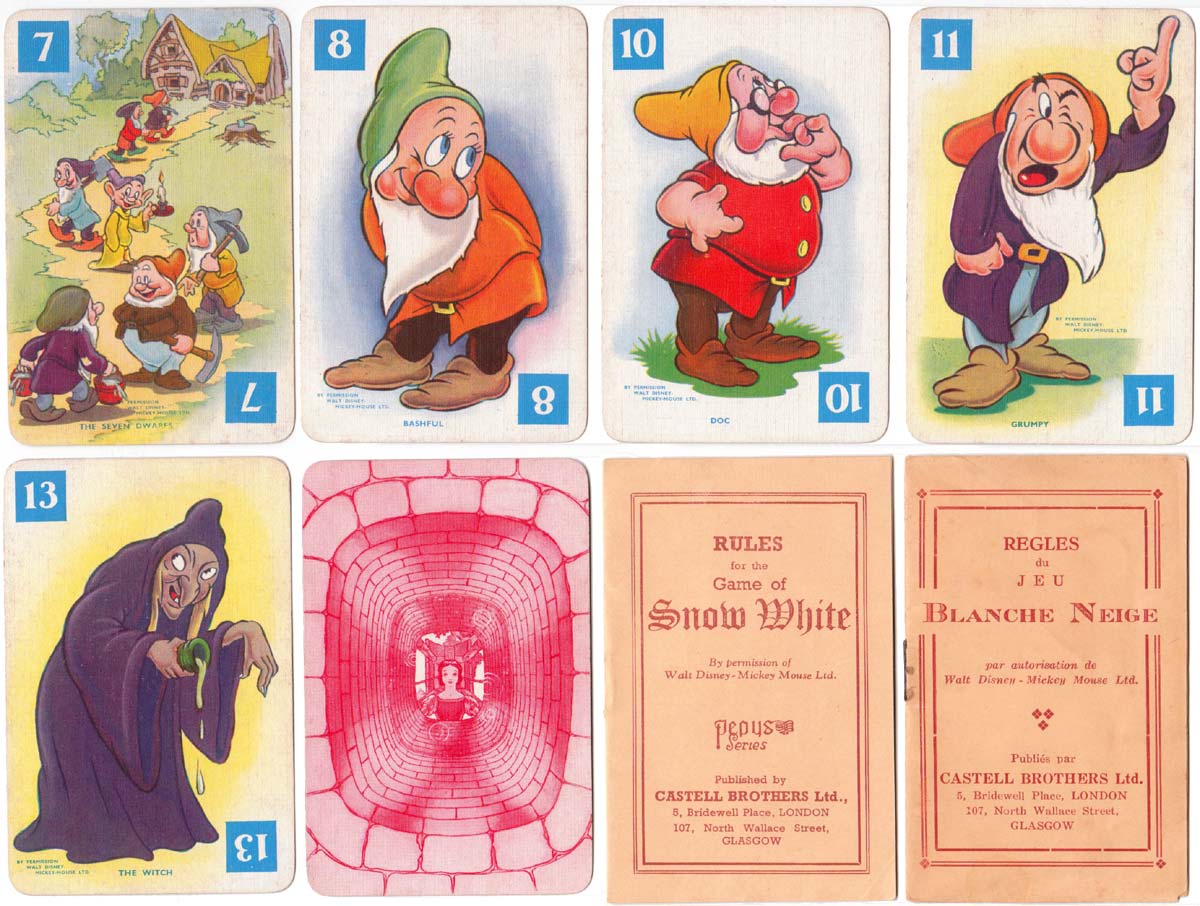 A new version of Snow White, much more closely based on scenes from the Disney film and looking more modern for the 1950s, was introduced around 1951  see more →