Naipes ‘Ancla’ made by Compañía General de Fósforos Montevideana S.A., c.1980. The anchor logo appears on the four of cups, and the manufacturer's name is printed on the box. Naipes ‘Ancla’ were subsequently produced by Ingrapa S.A. in the late 1980s and early 1990s. 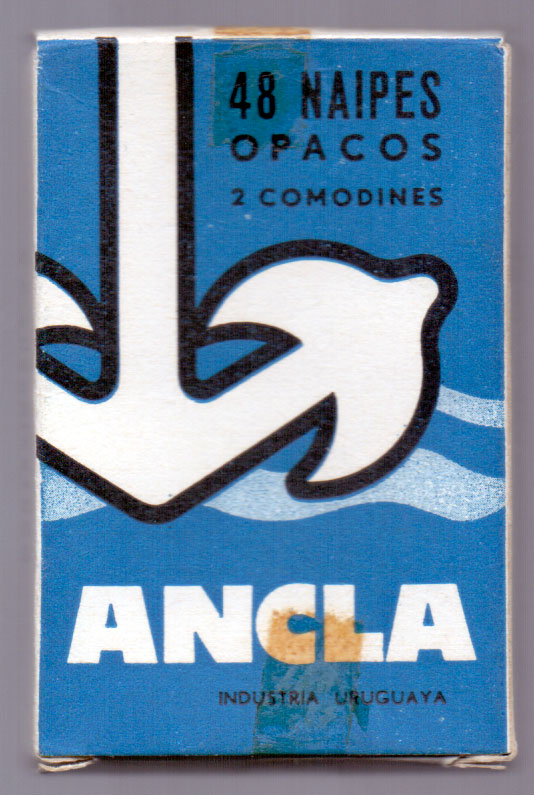 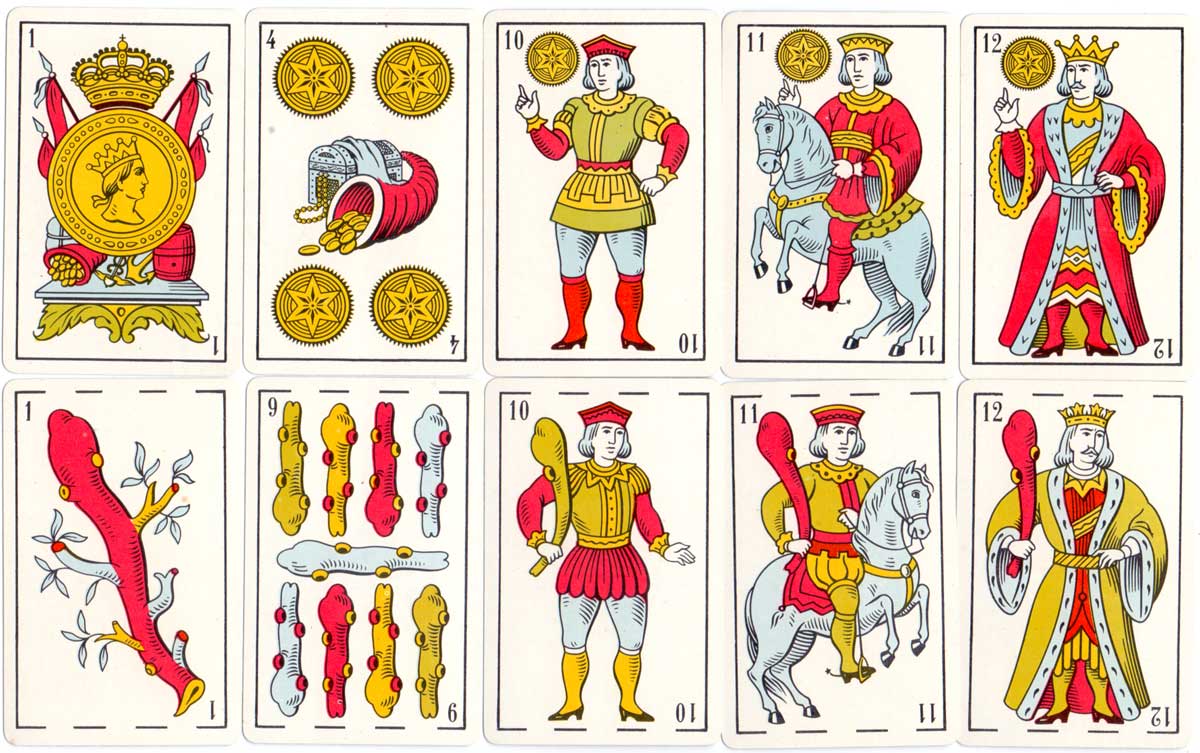 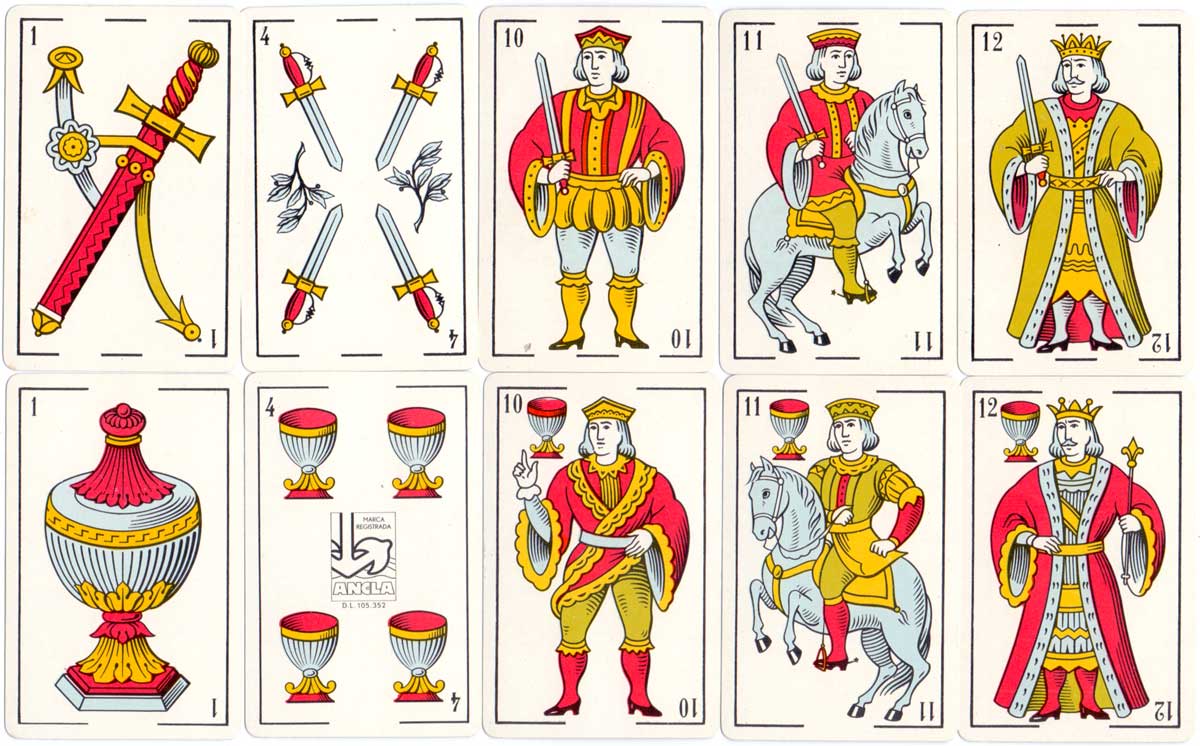 Above: Naipes opacos ‘Ancla’, 48 cards + 2 jokers in box, manufactured by Cía General de Fósforos Montevideana S.A. c.1980. The design of the cards is a somewhat muted and simplified version of a Spanish model formerly exported to South America by Sebastian Comas y Ricart of Barcelona (Spain) which is common in several South American countries. The joker, of course, depicting a fat king having emptied the contents of a huge goblet, is particular to Cía Gral de Fósforos.