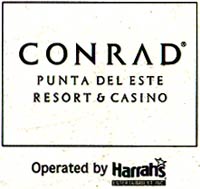 Conrad Punta del Este Casino playing cards, produced specially for Conrad Punta del Este Resort & Casino's Las Vegas style hotel in Uruguay. The court cards are a digitally created design loosely inspired by Fournier's 'Castilian' pattern which has become ubiquitous in most Latin American countries. It can be seen that the same court designs are used in each suit, with colour changes and different suit symbols. The coin suit symbols are gambling tokens with the legend "buena suerte" (good luck).

Conrad Punta del Este is part of the Harrah's group. Both Harrah's and Conrad have social responsibility policies regarding gambling addiction which can be viewed on their websites. 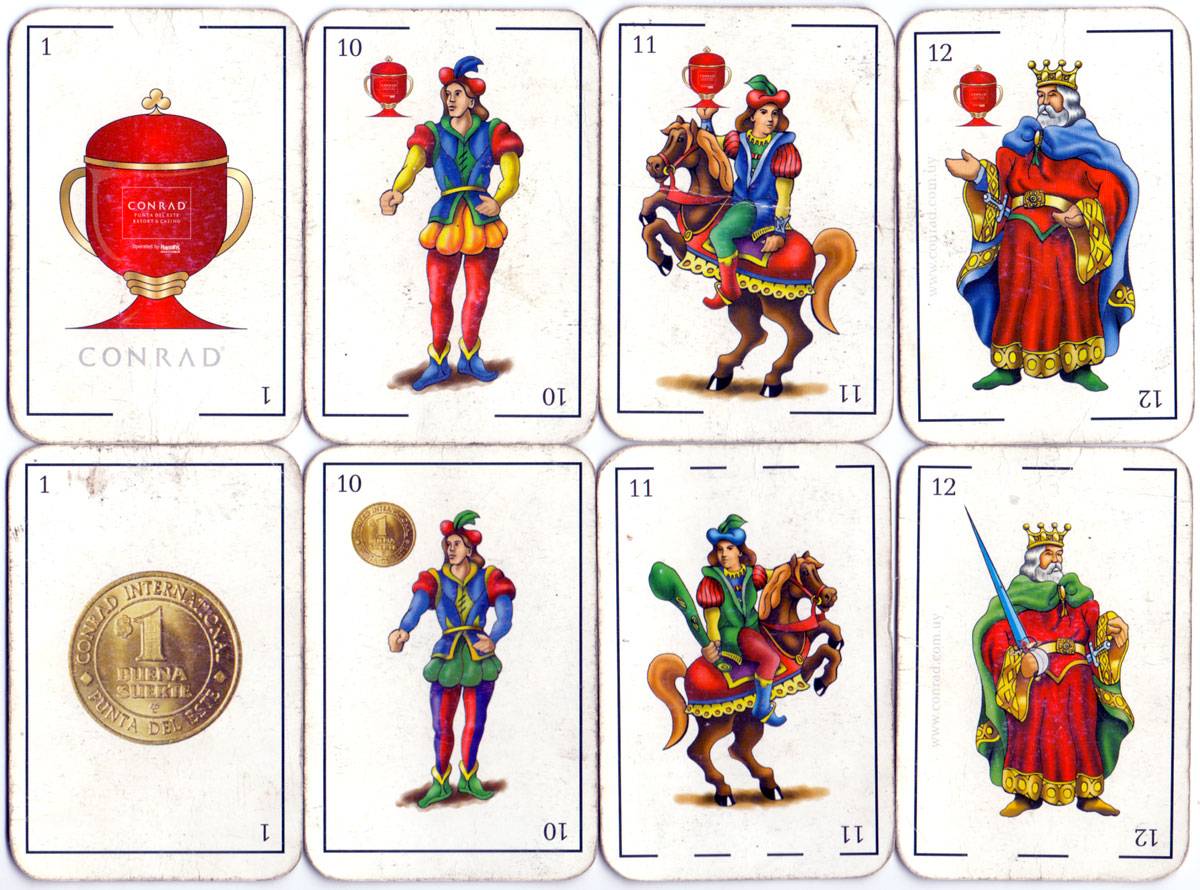 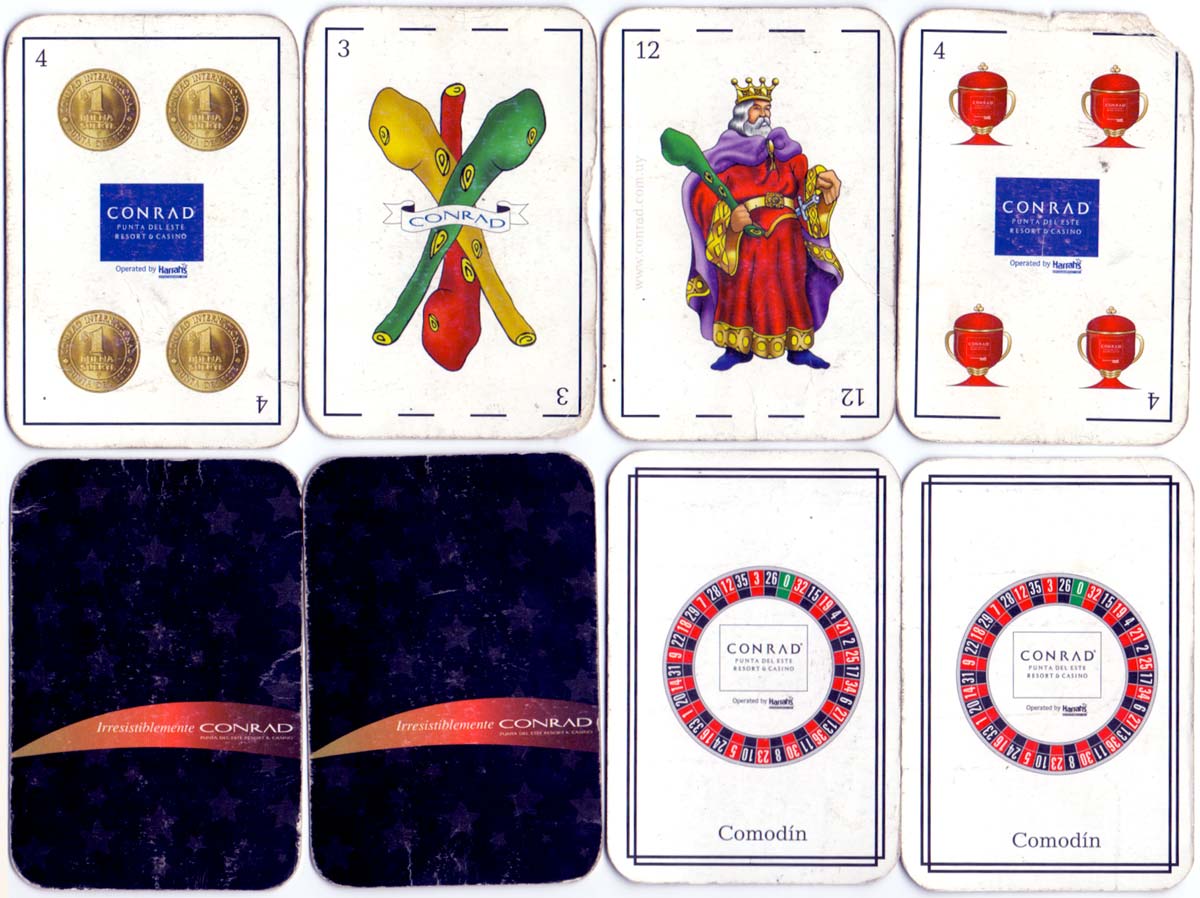 Above: Conrad Punta del Este Casino playing cards, anonymous manufacturer, 48 cards + 2 jokers in box. The two jokers feature roulette wheels along with the Conrad logo, which is also shown on the ace of cups and the fours of cups and coins.