Until the 19th century playing cards were imported into Uruguay from Spain. 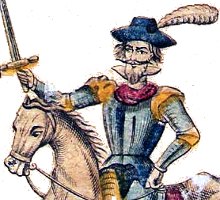 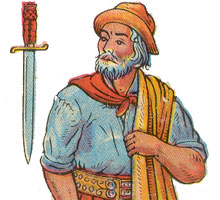 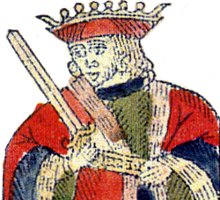 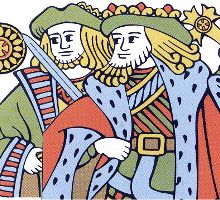 Until the 19th century playing cards were imported into Uruguay from Spain. The local population was very fond of card games and the vices of betting and gambling were often a problem for the authorities. Having introduced playing cards to the region during the 16th century explorations, the Spanish treasury department was able to raise revenues from playing cards and in 1778 a crown monopoly tax was imposed on tobacco and playing cards in the Viceroyship. In return for this, higher quality products were supposed to be made available, although in practice this never happened as the cards supplied from the Real Fábrica de Macharaviaya were always found to be deficient in quality. This royal monopoly finally ended in 1812.

After the abolition of the Estanco de Tabacos y Naipes crates of playing cards were imported from foreign countries such as Belgium, France, Germany, Italy, USA and Spain. In 1850 Sebastián Comas travelled to Argentina and established business relations with importers Fló Hnos in Rosario. With all these imports new patterns and styles of playing cards were introduced, thereby expanding the repertoire of playing card imagery in general use. In 1830 Uruguay was proclaimed an independent republic. The first known local manufacturer was Somá Hnos in 1896, followed by Compañía General de Fósforos Montevideana S.A. in c.1900, and Bartolomé Triay (1906).

Tax applied to playing cards was finally discontinued in 1975. 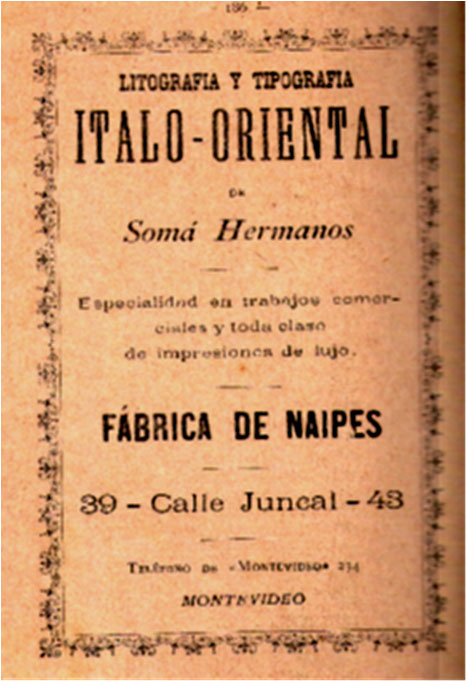 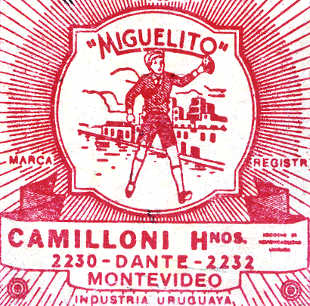 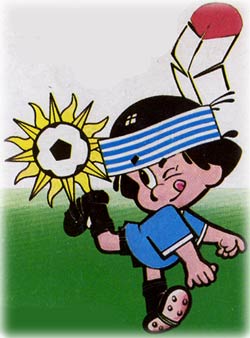 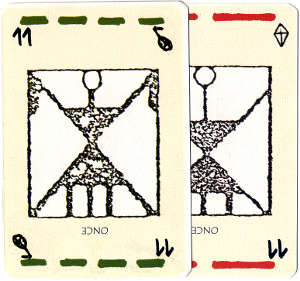 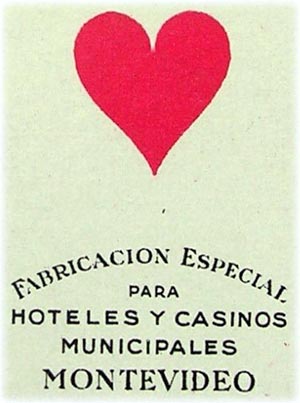 Known publishers and manufacturers include:

Market conditions are changing in Uruguay. Casabó S.A. have ceased producing playing cards and other more adaptable, new companies are emerging. Corporate publicity packs are currently being produced by Impresos Manrique and Plasur, who source their playing cards from various manufacturers. Packs destined for the Uruguayan market have also been produced anonymously or in neighbouring countries: 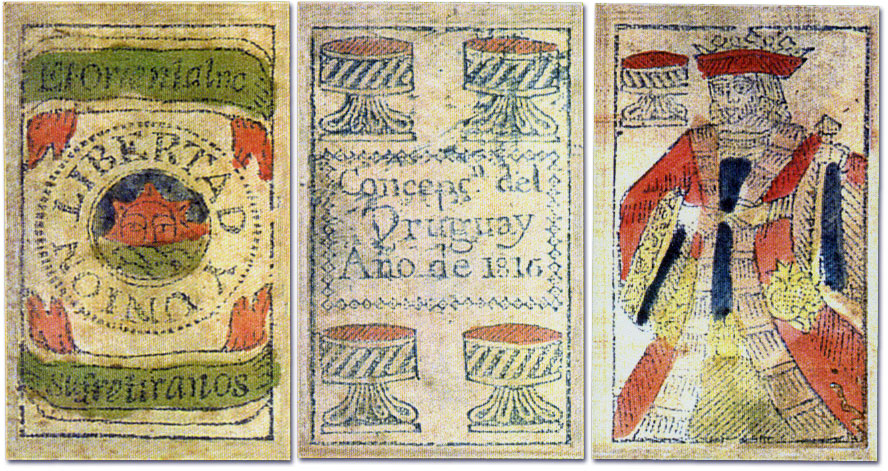 Above: Naipes Artiguistas, Entre Rios (Argentina), 1816, based upon the Spanish 'National' pattern.

Above: Las Cartas de Tacuabé, playing cards made from pieces of hide by Charrúa Indians, modelled on Spanish cards. 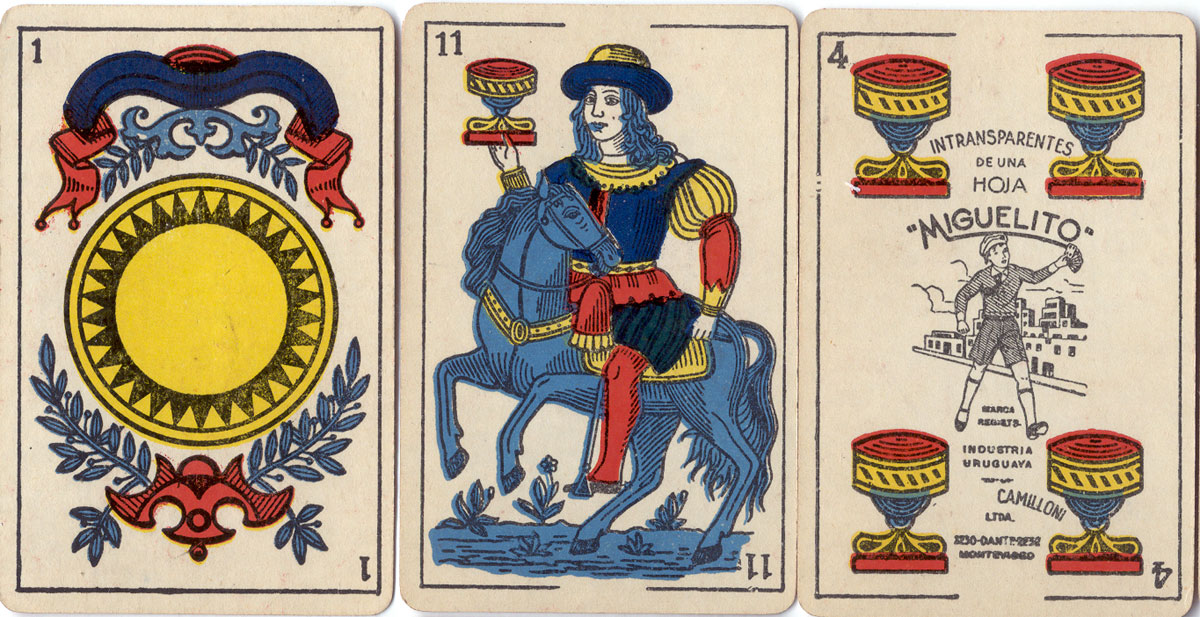 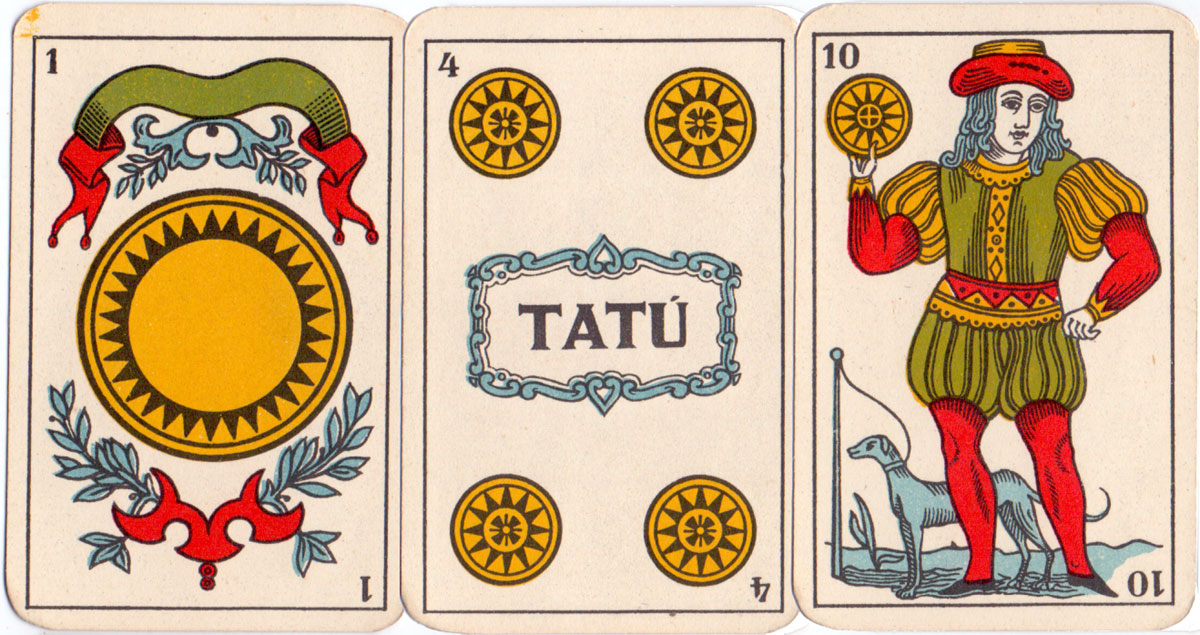 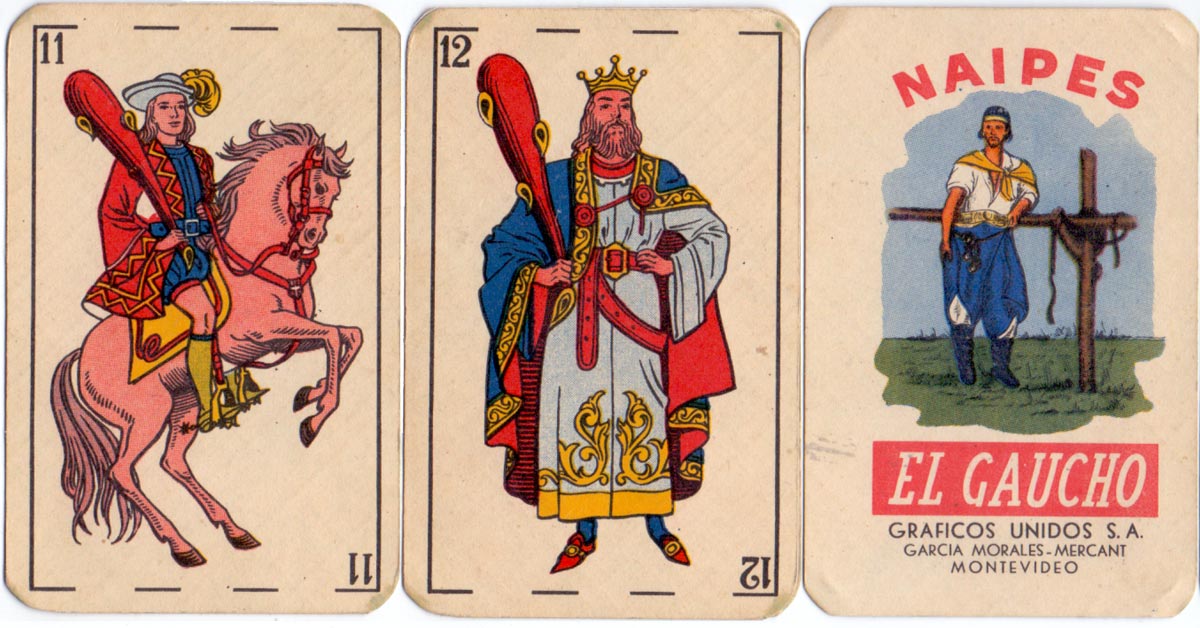 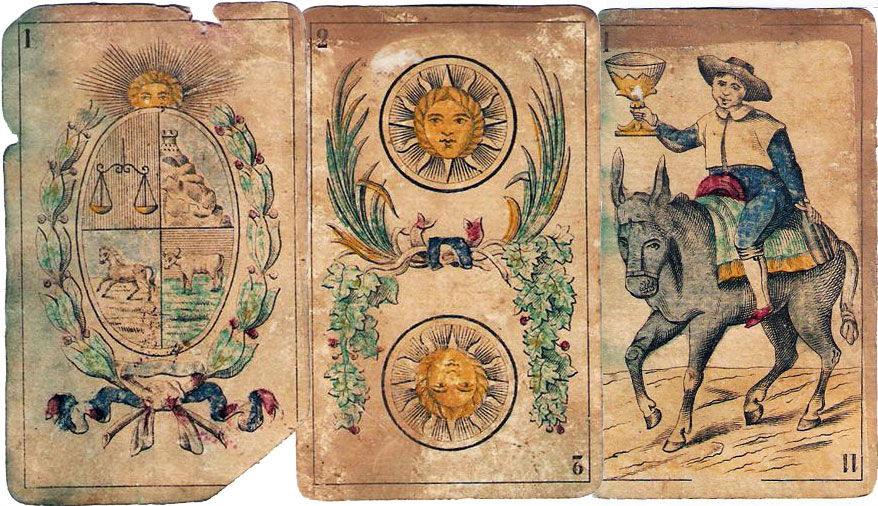 Above: cards made in Belgium for Escalada y Vidiella, Montevideo c.1860.

Above: Grimaud Spanish pattern, c.1880, one of many Spanish-suited styles imported from Europe.

Above: advertising pack for Cerveza ‘El Gallo’ made in Belgium for Galli y Cia (Montevideo), c.1880, based on a Spanish model. 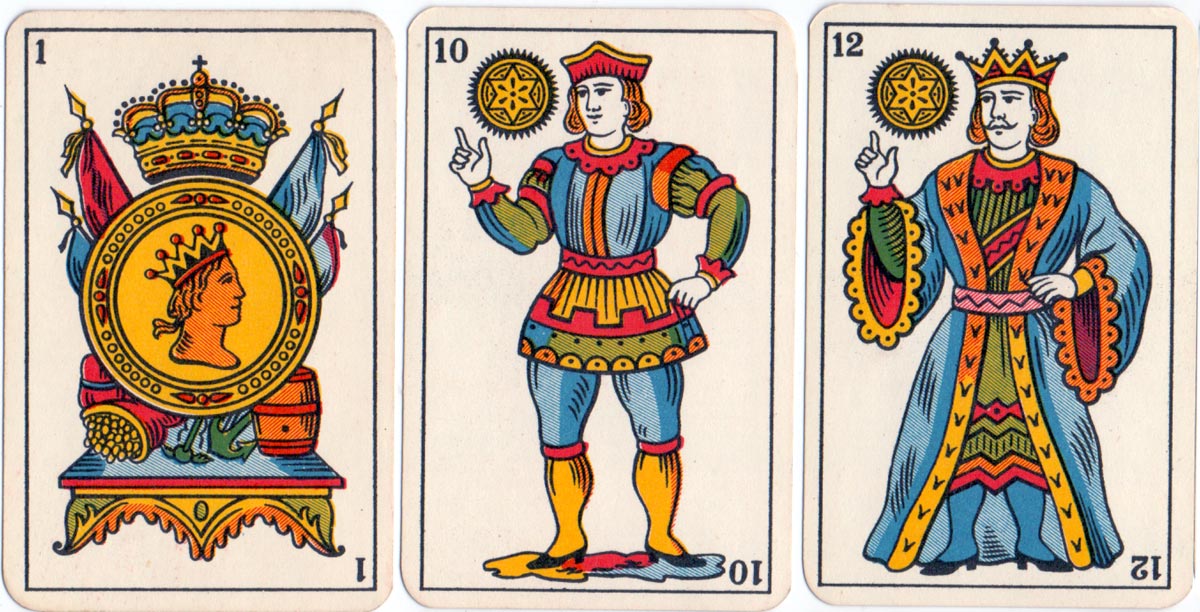 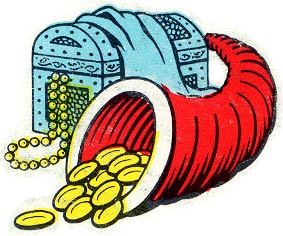 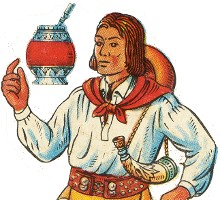 The 'Parisian' Spanish pattern became established in Uruguay based on examples imported from France. At some point (c.1960) Uruguayan manufacturers tried to 'modernise' the appearance of this pattern with new court designs based loosely on Fournier's 'Castilian' pattern. This 'New Uruguayan' pattern is still produced today. The Spanish 'Catalan' pattern also arrived, imported from Barcelona or Argentina. Some Anglo-American style packs have also been produced with interesting court card designs. Second only to Argentina, Uruguay has produced a number of Gaucho themed packs as well as a selection of novel designs and children's packs. More recently, since 1990, large quantities of playing cards are imported from Spain, USA, China and Brazil. 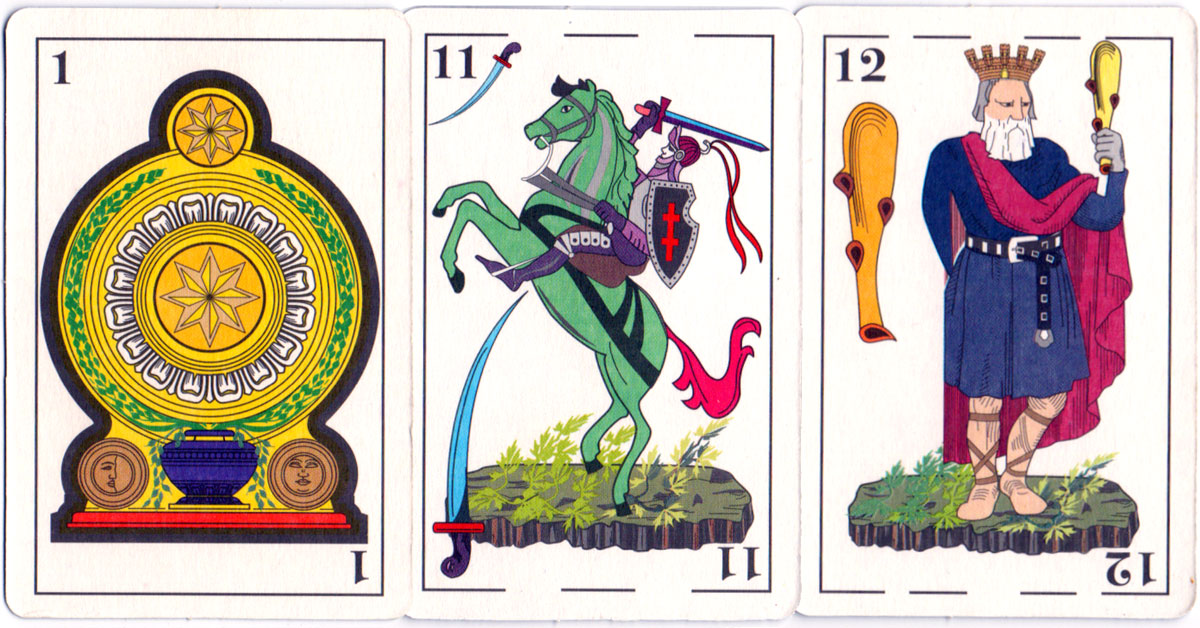 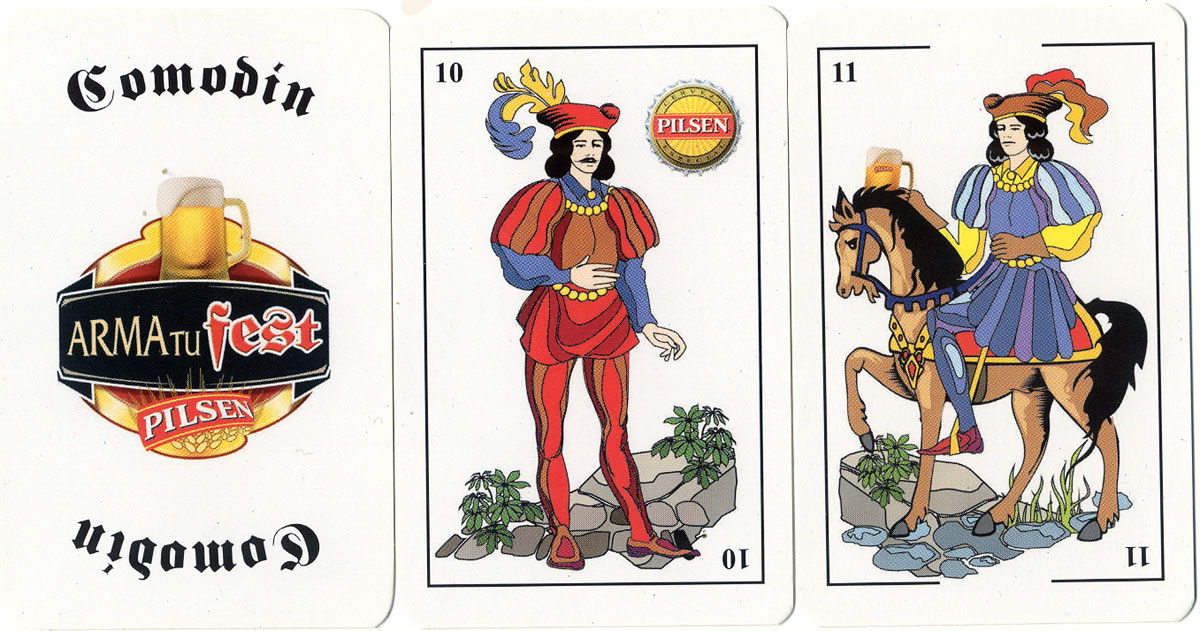 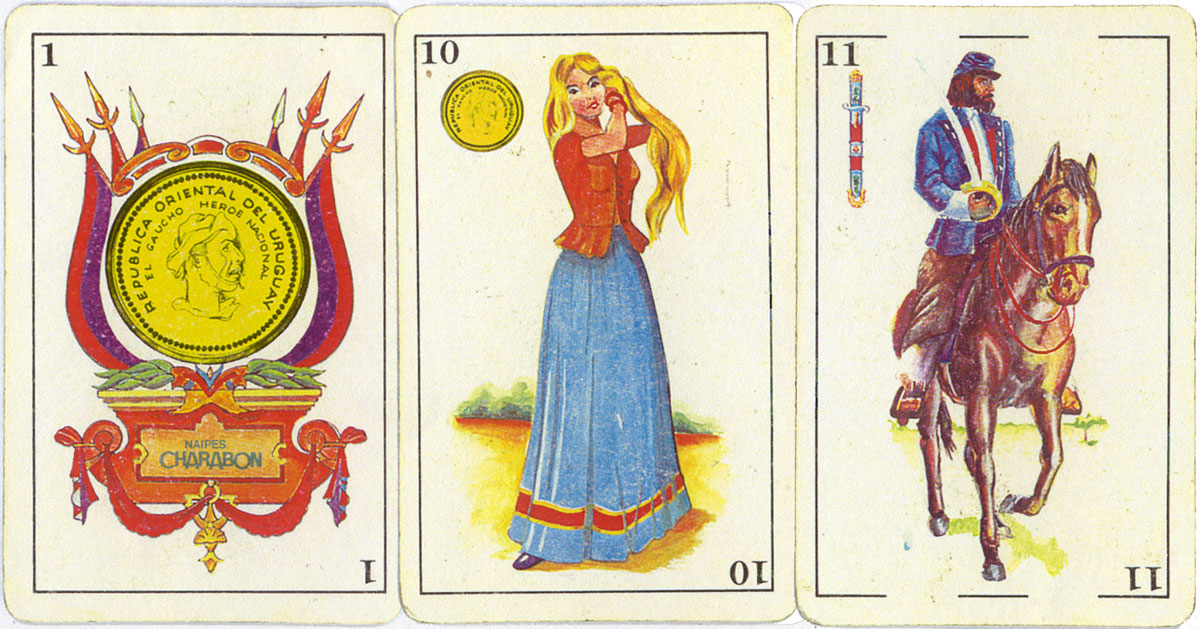 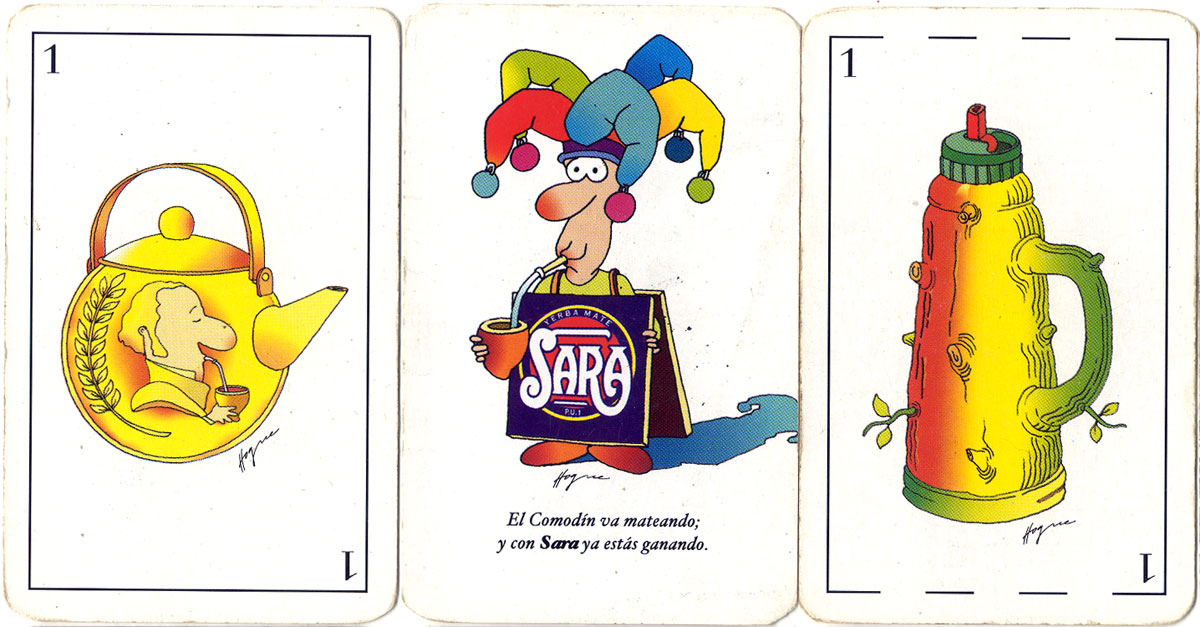