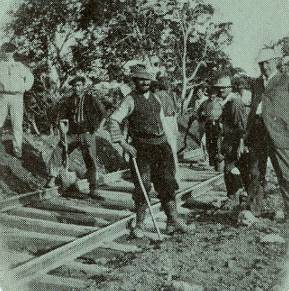 Above right: detail from the five of hearts from the 1908 edition (also shown below). The caption beneath the photo reads “Spanish and Italian workmen, whose superiority over the negro laborers of the Isthmus has been demonstrated”. A mile of railroad track was shifted or laid entirely each day alongside where the canal was being dug out in order to remove the earth from the canal.

Several editions of Panama Souvenir Playing Cards were issued by the USPCC between 1908 - 1926. Many specimens have survived in near perfect condition owing to the fact that they were manufactured to a high grade and sold in sturdy cardboard slipcases, and difficult to use to play with as they do not have the normal pips and court figures. The design of the cards varies between editions, and different ‘fact’ and map cards were also included. These souvenir packs provide a fascinating photographic record of their times and show how the locales and customs have changed.

Early editions of Panama Souvenir Playing Cards depict views of the canal being dug out and built by labourers from different countries or life in Panama under United States rule, inside oval frames. The actual inauguration deck was issued at completion of construction of the canal, in 1915. Later editions show U.S. Navy warships passing through the canal, such as the USS Maryland, USS Colorado, USS Pensylvania, USS California, etc., inside rectangular frames. 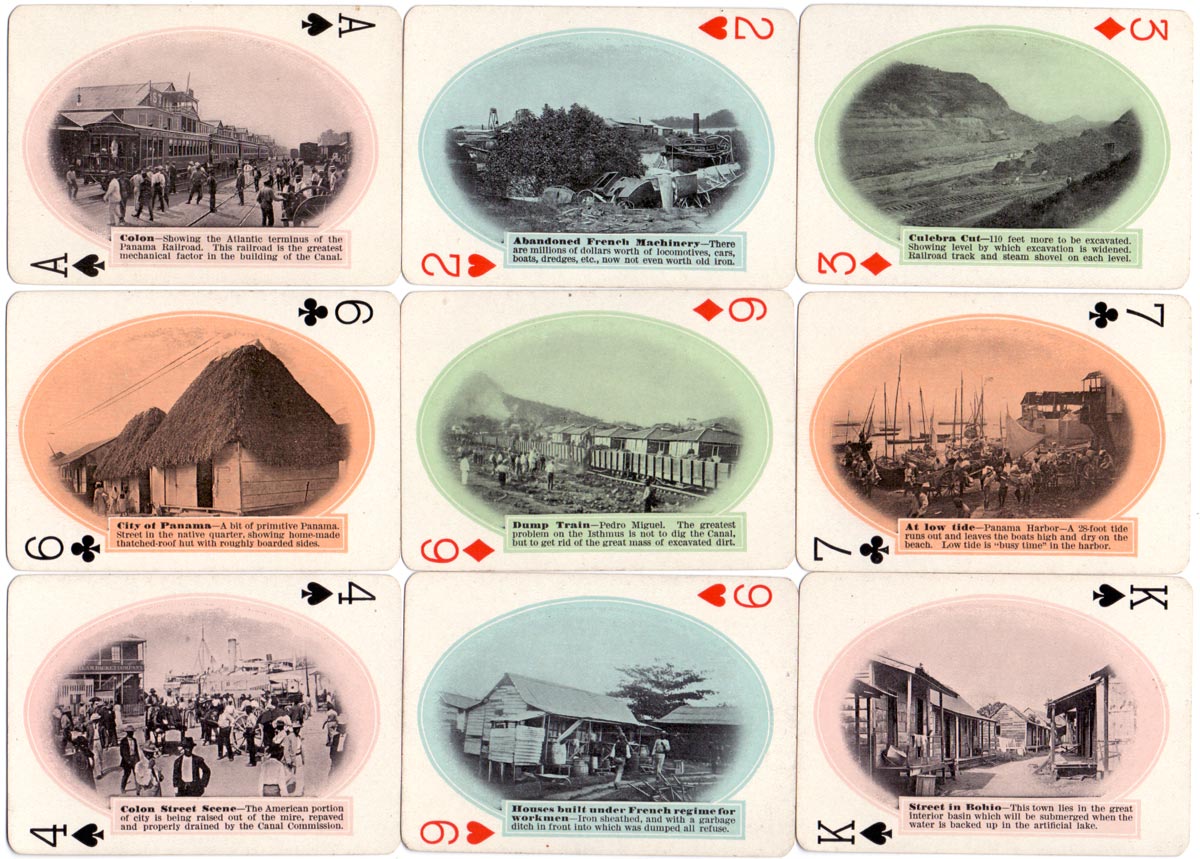 Above: cards from the first edition of Panama Souvenir Playing Cards, issued at the commencement of work on the canal, copyrighted 1908 by the U.S. Playing Card Co., Cincinnati, U.S.A. The monotone photographic images are displayed inside oval frames and are tinted a different colour for each suit, with a caption inside a rectangular frame beneath each image. The ‘fact’ card which accompanies the deck states that in 1908 over 41,000 men were at work on the Canal, which is 43 miles long, running north-east and south-west. The cards have gold edges and the back has a scene of a road lined with royal palm trees   more → 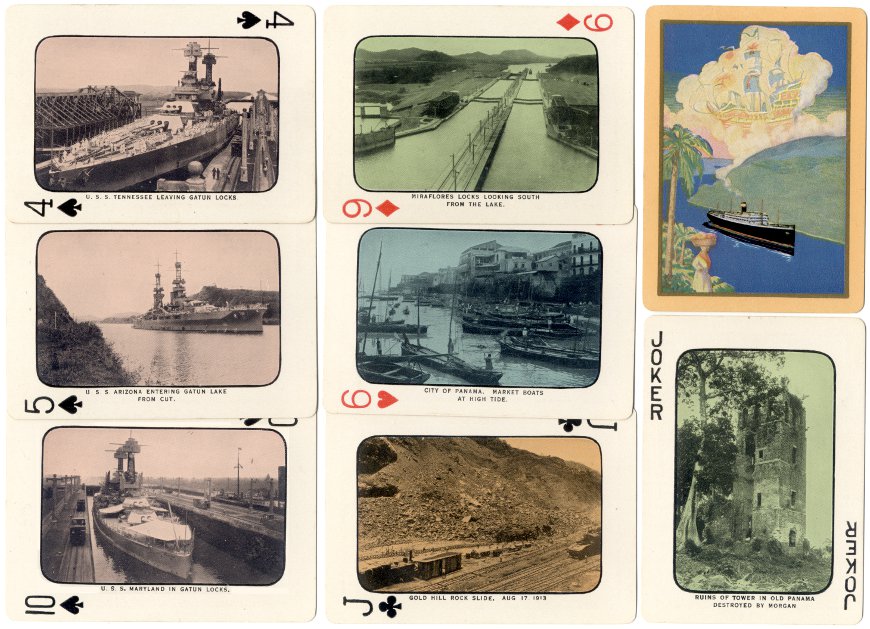