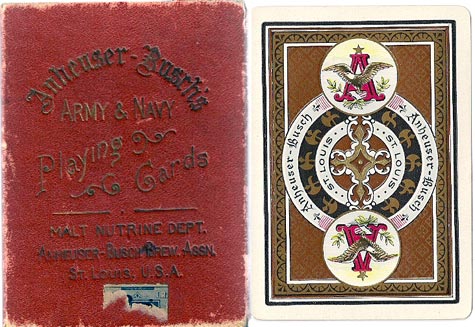 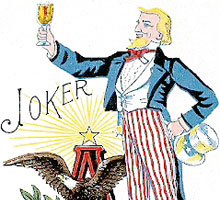 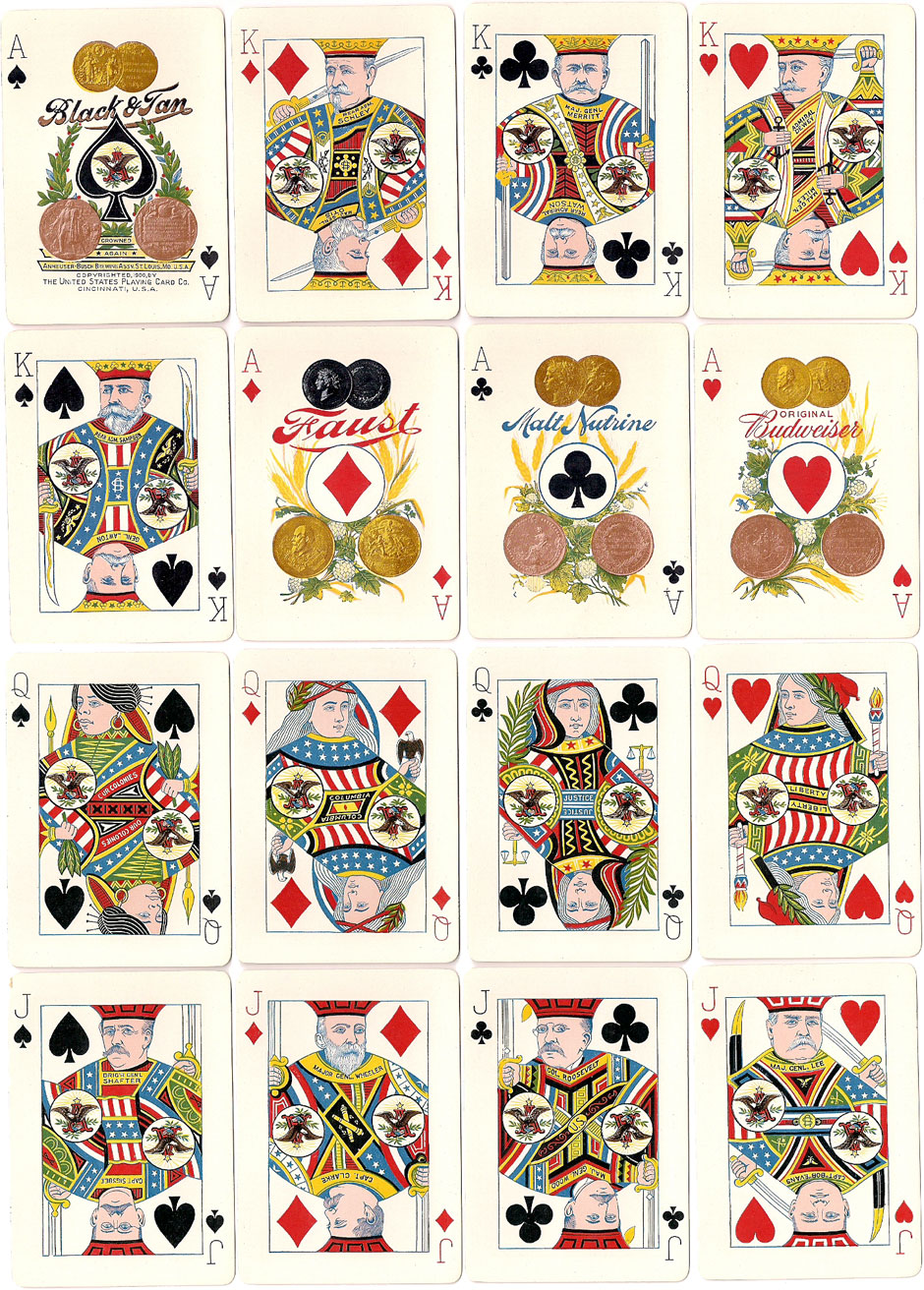 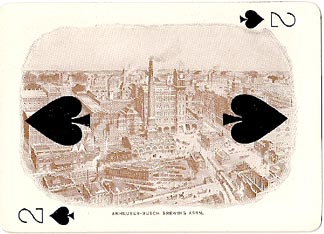 All the pip cards show a sepia picture of the Anheuser-Busch factory except the fours which each show a picture of a different American war ship. 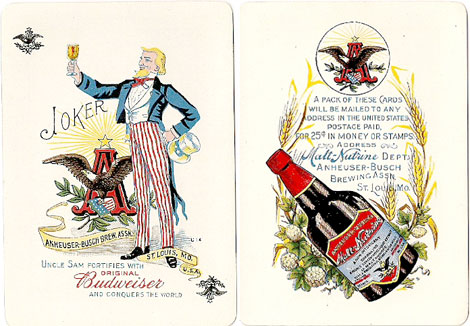 Right: the Joker and extra card offering copies for 25 cents!