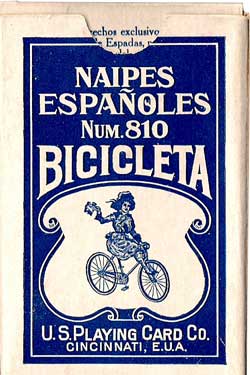 Several U.S. manufacturers produced Spanish-suited decks during the nineteenth century. Earlier editions were probably for sale in California, Texas and Mexico and are vivid reminders of those adventurous gold rush days of the middle of the century. Also the South American and Spanish markets were not overlooked, where local production was often of rudimentary quality, not forgetting the Spanish speaking inhabitants or immigrants of U.S. Some later examples appear to have been exhibited at Trade Expositions where a number of gold medals were awarded and then proudly displayed on the decks.

The famous ‘Bicycle’ brand had been introduced by Russell & Morgan Printing Co. in 1885, the days when high-wheeled bicycles became a new, fast means of transport, and subsequently they became the best known brand in the world. On this basis the United States Playing Card Co. issued Spanish versions of their flagship brand from the 1890s, including this example in c.1904.

Spanish models of the day were closely imitated, including traditional features or trade marks, such as the border breaks or ‘pintas’, the the inscription AHI-VÁ on the Cavalier of Cups. In this instance the Spanish ‘Cadiz’ pattern is used, which was most familiar to Spanish-speakers in the 19th and early 20th centuries. 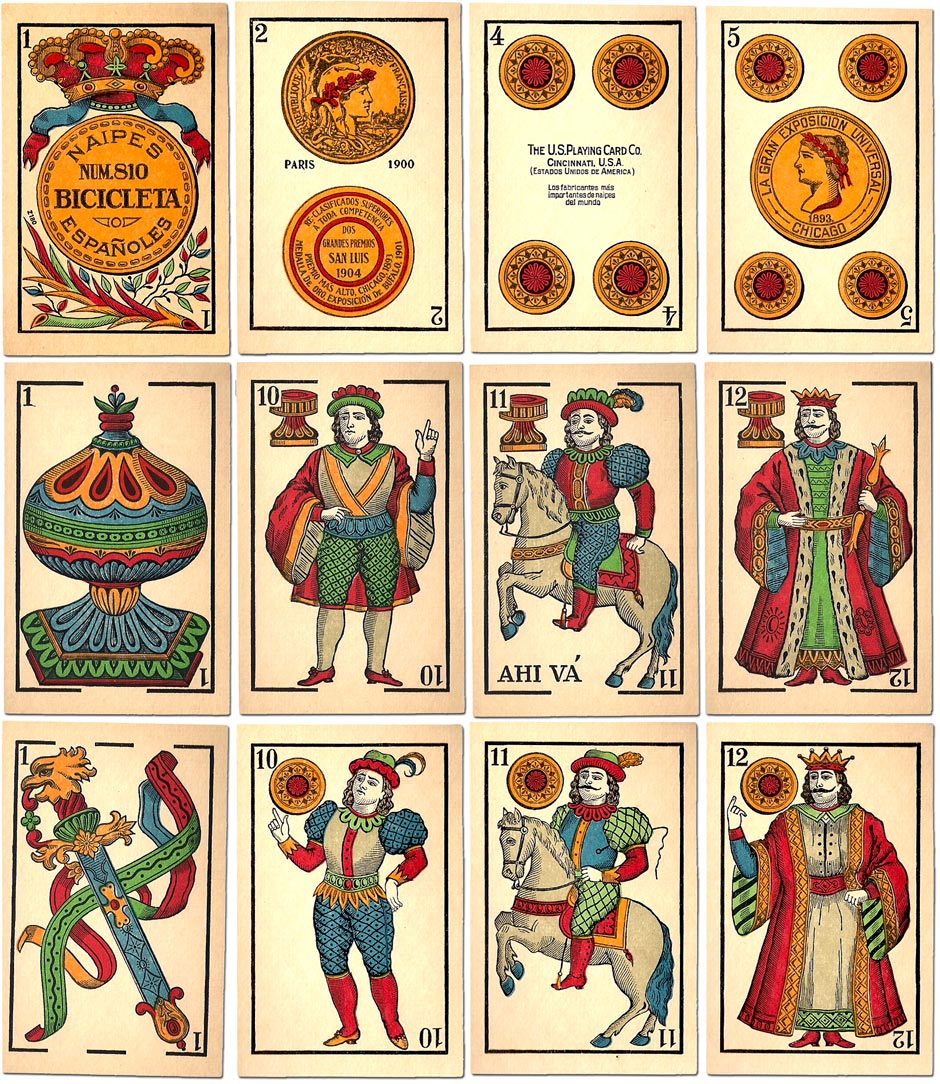 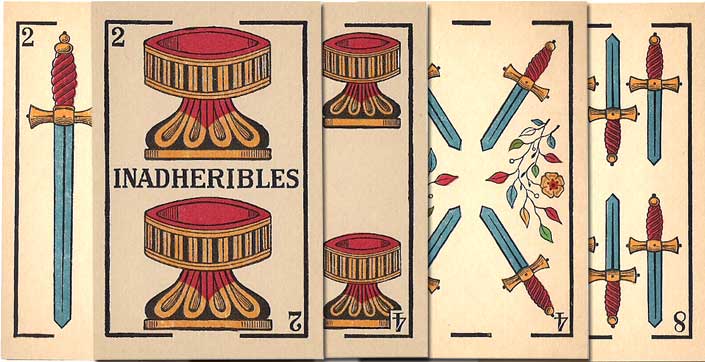 Above: 'Naipes Españoles Bicicleta No.810' manufactured by U.S.P.C.C. for the Hispanic inhabitants or immigrants of U.S., c.1904. The Four of Cups has no logos or inscriptions, and no foreign importation tax stamps can be found. Images courtesy Rod Starling.

Above: an earlier example of USPCC Spanish-suited deck, trading on the 'Bicycle' brand but not yet translated into Spanish, c.1893. 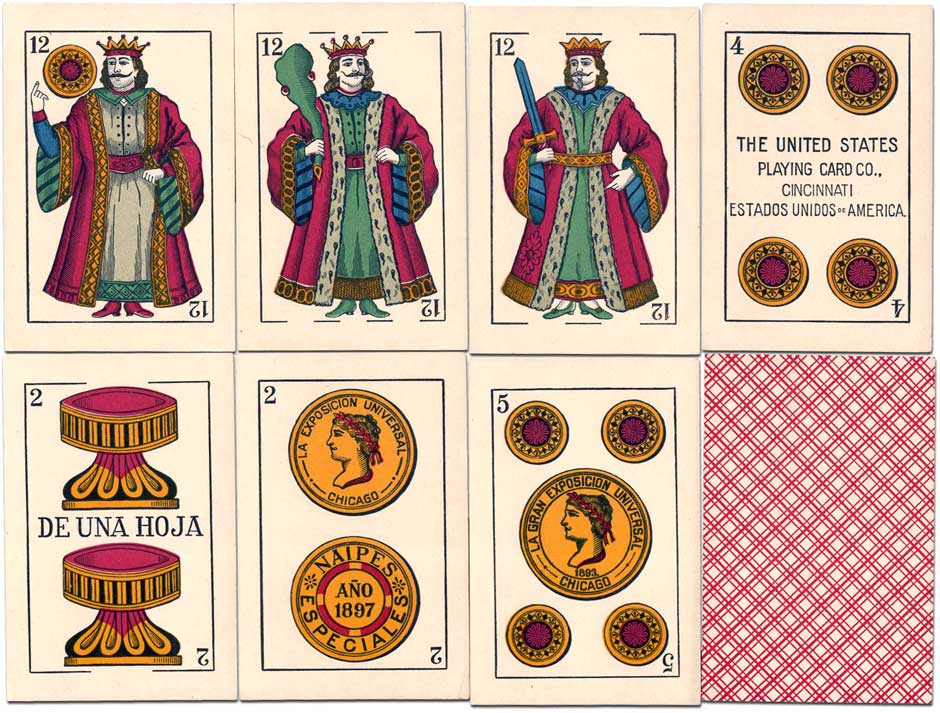 Above: another example of a USPCC Spanish-suited deck, 'Los Leones #71', probably aimed at Mexican markets.