Bicycle Cybertech playing cards inspired by the cyberpunk subgenre, illustrated by Jamie Meza and produced by Will Roya, simulating a sombre world where humans are struggling to survive with advanced technology and social breakdown. The court cards depict four gangs fighting for survival in a post-industrial dystopia. See the Box►

“I usually work making characters for video and board games, when Will Roya asked me to make a custom poker deck I immediately knew that I wanted to do a cyberpunk theme. Something that I wanted was that courts, number and aces even the back design tell us a story” - Jaime Meza 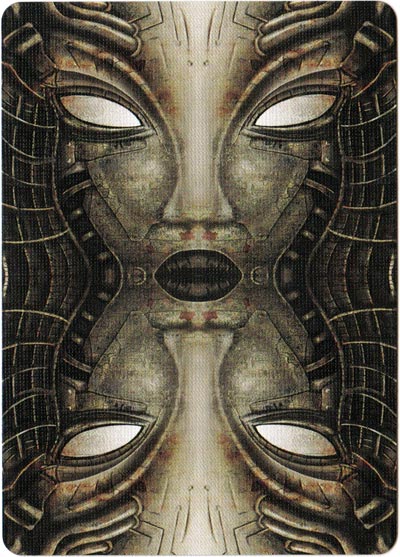 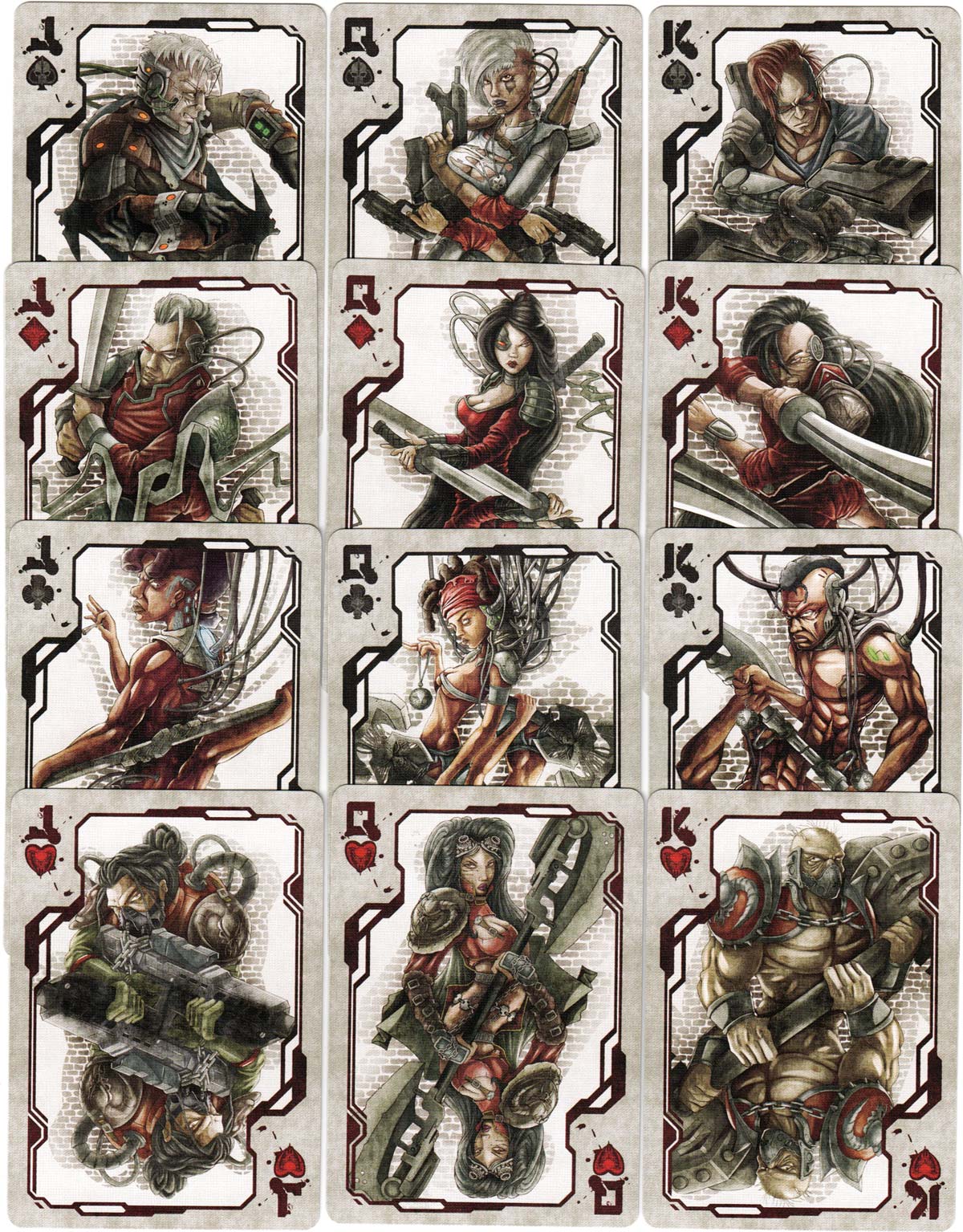 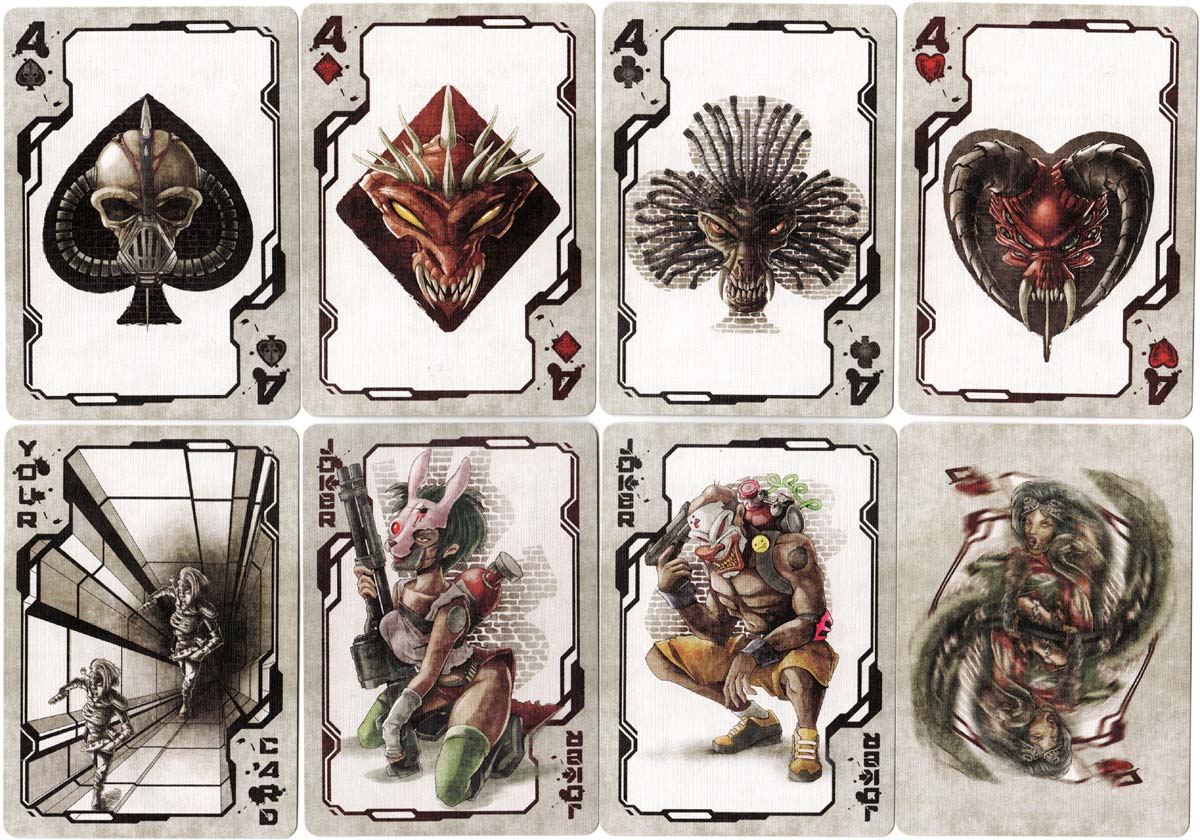