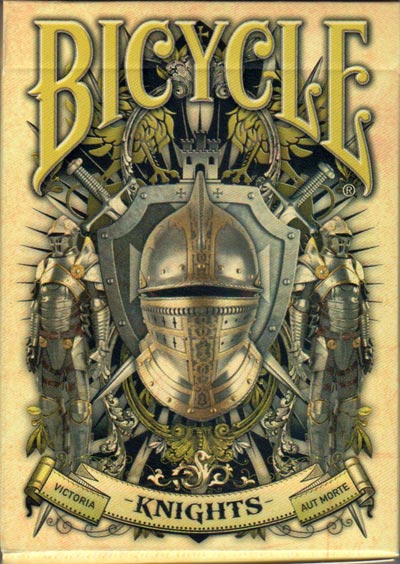 Bicycle knights playing cards manufactured and published by the US Playing Card Company in 2018 for playingcarddecks.com►

The art work is by Sam Hayles (www.dose-productions.com) an Edinburgh-based independent design consultant and graphic designer known for his playing card and record sleeve art work, often of a Gothic, slightly macabre style. Sam spent time as a designer and worked for a few agencies, before becoming independent in 2004 to focus on his own designs and this gave him the chance to develop his own unique style. Apparently he finds digital graphics so interesting that he does it in his free time!

The background to each card is coloured in a very pleasing mottled vintage effect resembling parchment which sets off the somewhat dark and Gothic primary designs. Each pack is individually numbered on a custom tuck box seal, and comes from a limited edition of just 2500 packs. 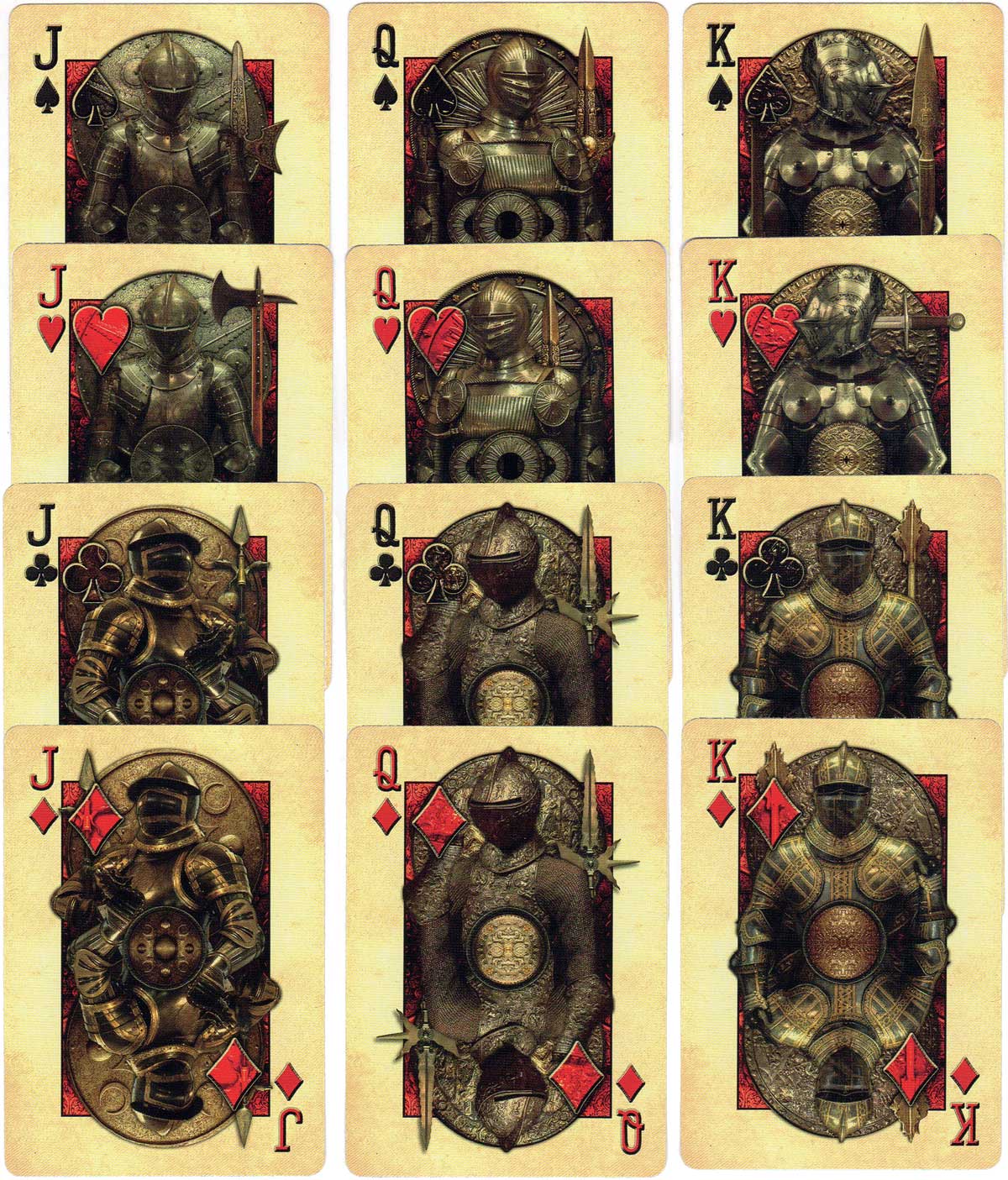 Above: The court cards are all similar, yet different duplex suits of armour drawn from the waist up with their relevant suit indicator to the left and choice of weapon. With a nod to Anglo-American playing card tradition, the king of hearts is depicted with his sword piercing the back of his head. Otherwise the courts are completely non-standard and original.

The aces are all circular shields, with their relevant suit embossed in the centre. 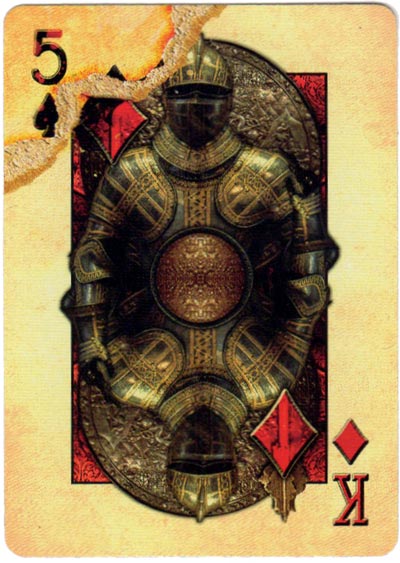 Above: Bicycle Knights playing cards designed by Sam Hayles in 2018. Each pack is produced on Bicycle brand premium card stock with the unique Bicycle air-cushion finish, cut to poker-width; and comprises 52 cards + 2 Jokers and 2 magician’s "gaff cards" in box.

The scarlet highlights, particularly of the courts, remind me of a modern fantasy as if the knights have been painted at the moment of being impacted by multiple bullets fired from an automatic weapon. An effect I am sure will appeal to modern audiences, particularly those who like the Gothic fashion or slightly more macabre magic style of Penn and Teller, for this pack of cards was designed and produced with collectors and card magicians in mind. To this end two extra "gaff" cards are included. One is an alternative five of hearts, subtly different in design to the main-pack five of hearts. The other is a second king of diamonds over printed in one corner with the remains of a five of spades which has apparently stuck and been torn away.