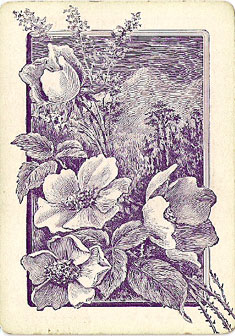 Russell, Morgan and Company issued their first pack of cards in 1881 and their first brand names were “Tigers”, “Sportsman's”, “Army”, “Navy” and “Congress”. Various others soon followed including “Bicycle No.808”. “Capitol No.188” was first introduced during the Russell & Morgan Printing Company era in c.1886 and carried through into the U.S.P.C.C's catalogue after 1895. The cards were supposed to be better quality than Bicycle cards, being made of better stock, stronger and more durable. Six different backs were offered, in pink, blue and buff enamel.

The picturesque Capitol Joker was used throughout the duration of this brand, until it was phased out in 1928. 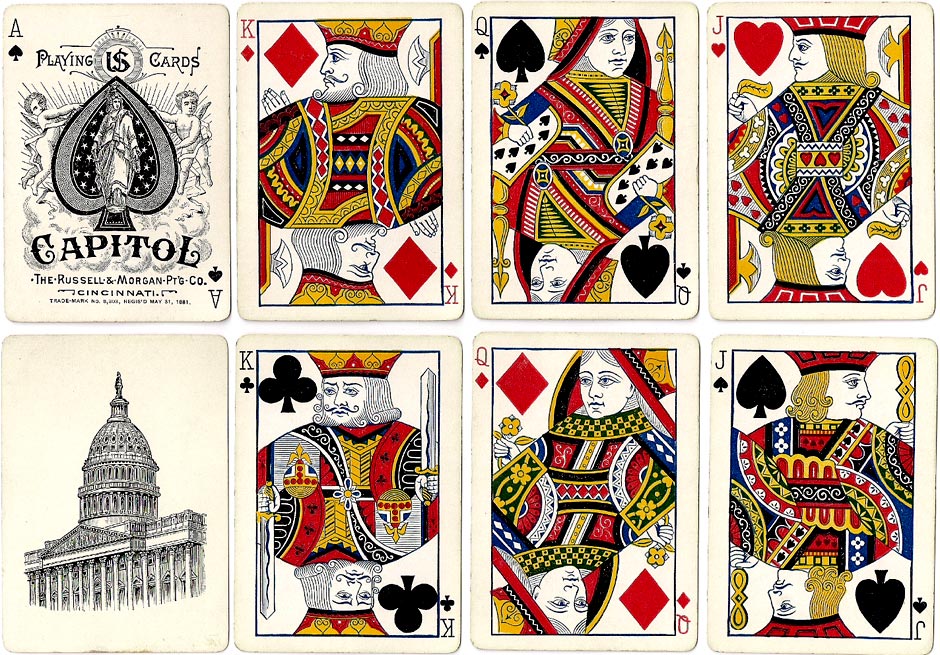 Above: “Capitol #188” brand playing cards manufactured by Russell & Morgan Printing Co., Cincinnati, c.1886. Standard deck with two-way court cards and gilt edges. The Ace of Spades has two baby angels around the pip and is titled “Capitol.” The Joker shows the Nation's Capitol Building. The Capitol Joker was used throughout the duration of the brand until it was phased out in 1928. Click here to view box. 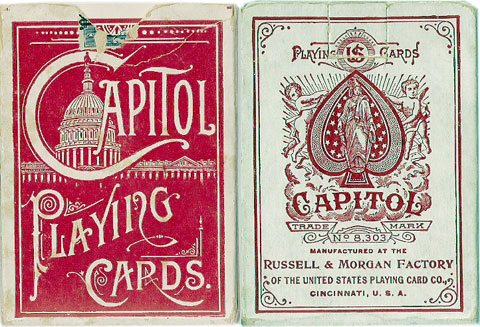 Above: “Capitol #188” brand playing cards manufactured by The United States Playing Card Co., c.1895. The Ace of Spades is virtually the same as the example above, modified to read “U.S.P.C.C.” and “No.188” is added.

Right: the box has the Ace of Spades design, with two baby angels around the pip, and is titled “Capitol” on the front and back. Click to zoom→