The Game of ‘In Castle Land’ (No.1113) published by The Fireside Game Co., Cincinnati, 1896 showing half-tone illustrations of famous castles, mainly from Europe. The Fireside Game Company was a sub-division of the United States Playing Card Company formed in 1896 to produce a series of educational card games.

The cards each display the name of four castles and are marked with both a letter and a number. Players strive to collect a complete set of four cards (called a ‘book’) by asking other players for those cards. See the extra cards► 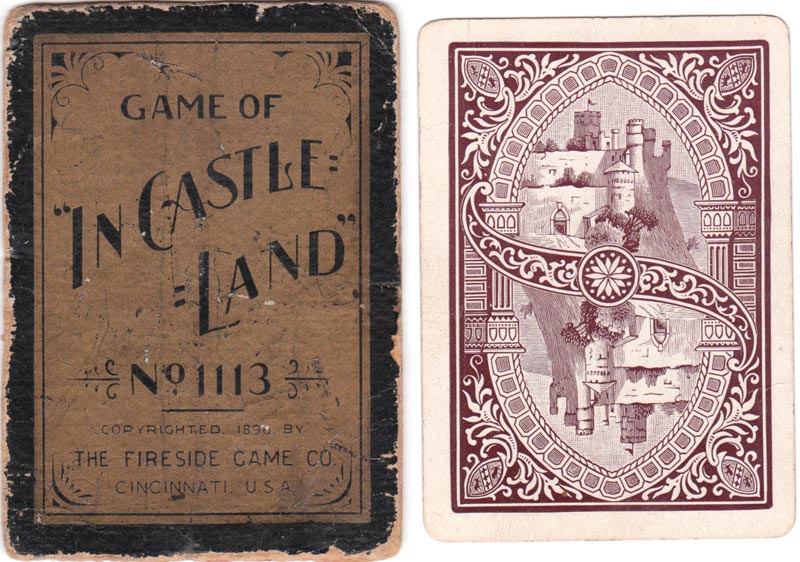 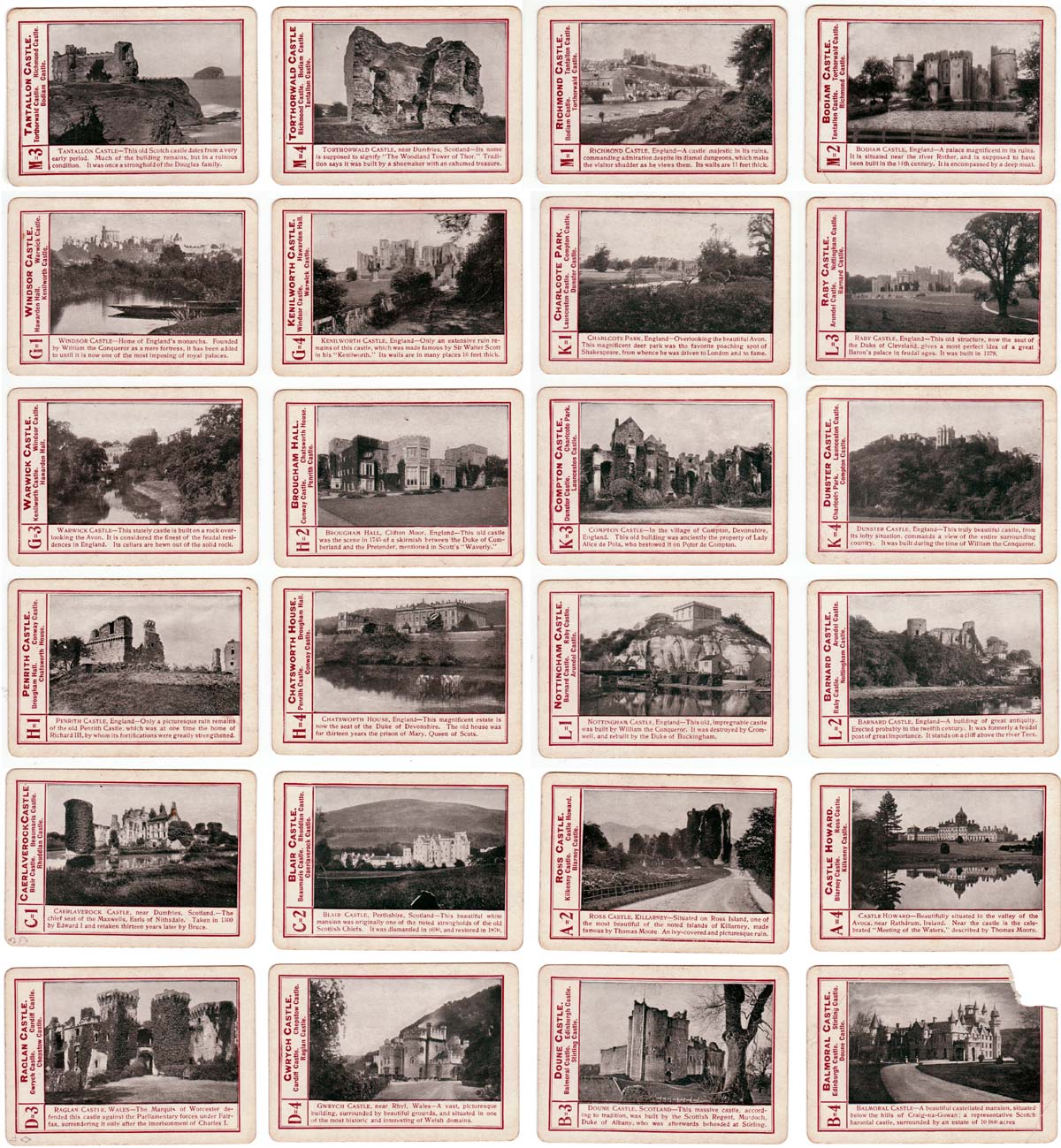 Above: The Game of ‘In Castle Land’ (No.1113) featuring images of famous castles of Europe published by The Fireside Game Co., Cincinnati, 1896. 52 cards in box. Images courtesy Rex Pitts.