In 1896 executives of the United States Playing Card Company of Cincinnati, Ohio, formed a separate company, the Fireside Game Company, to produce a series of over 30 educational card game titles. The quartet game of Population was first published by the Fireside Game Co in c.1896. A series of 48 cards illustrates maps and population data from the countries of the world. 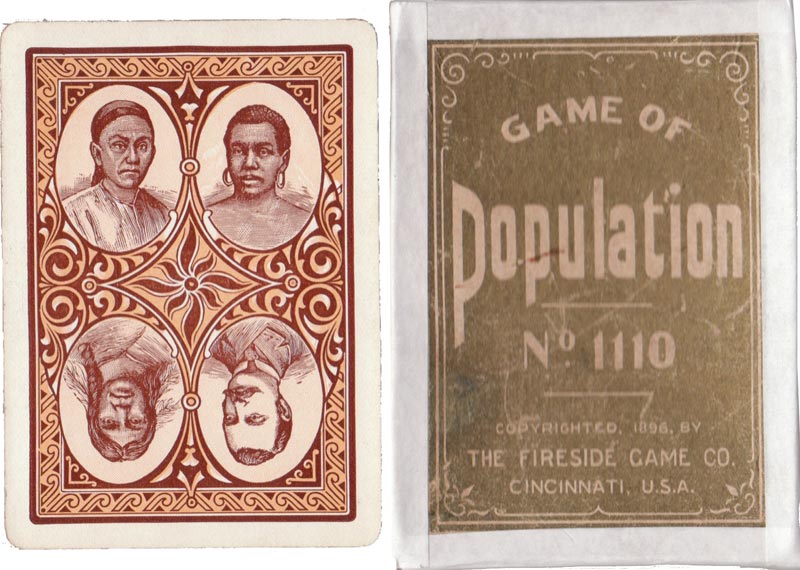 Above: 24 cards (from a total of 48) from the Game of Population by the Fireside Game Co., Cincinnati, c.1896. Images courtesy Rex Pitts.