“Strange People” educational card game featuring half-tone photographs of people from different nations in their native dress styles from that era, produced by the Fireside Game Co. (a sub-division of USPCC), Cincinnati, 1895. See the back design► 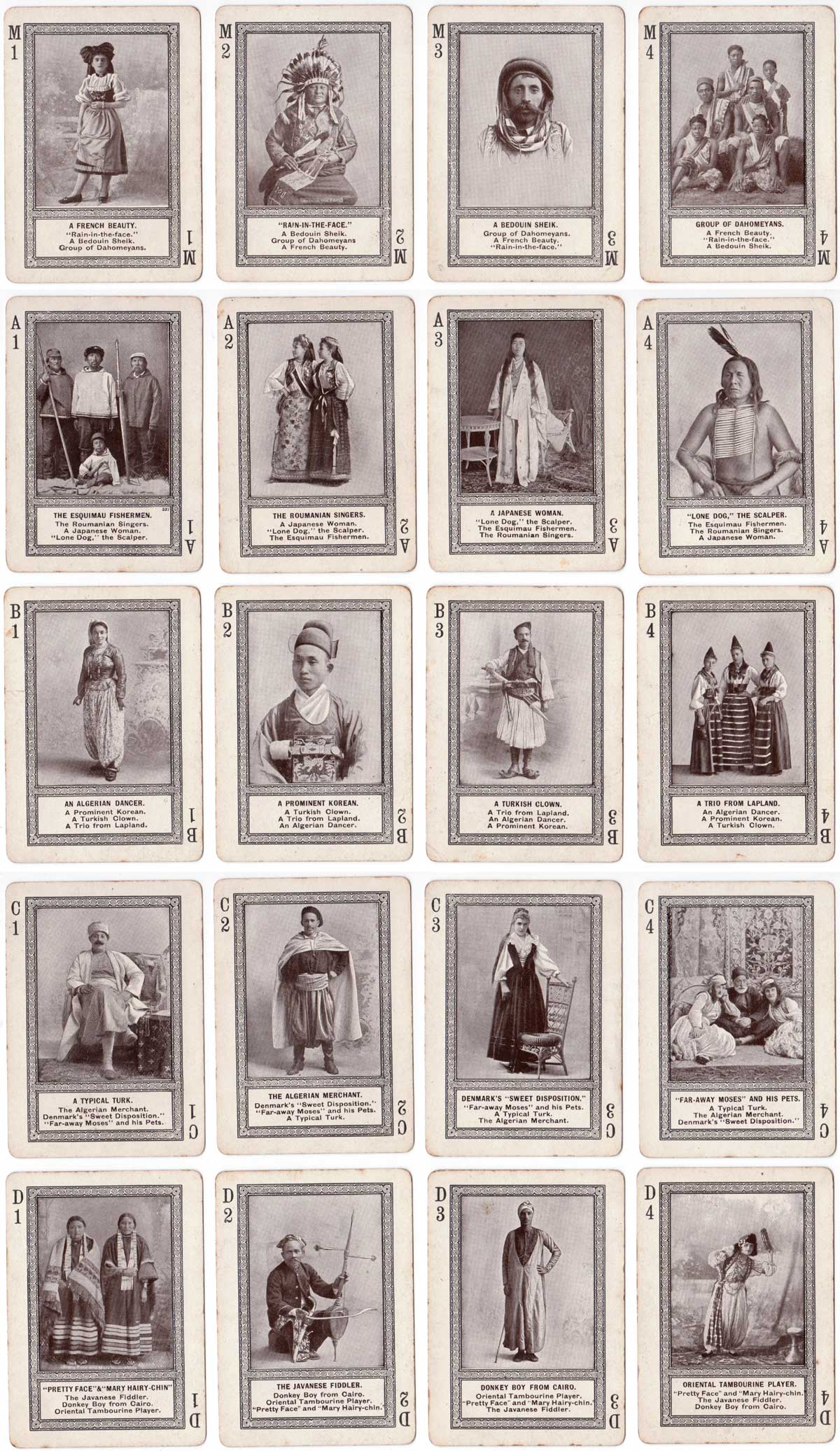 No. 1100 is the first game issued by The Fireside Game Company. Shortly after its founding, the company's name changed to The Cincinnati Game Company. Altogether approximately 40 educational decks were issued. A numbered series began with 1100 and ended with 1131, with no deck issued as 1107. There are nine, possibly ten, unnumbered decks. See also: Game of Fireside Authors►