During the 18th, 19th and early 20th century cards were exported to Venezuela from Spain, notably Málaga and Cádiz. Packs published in Venezuela in recent years have been of the Catalan type, based on designs from Barcelona. A high proportion of them have square corners, 40 cards and no jokers. As bullfighting is practised in Venezuela, many Venezuelan packs have brand names alluding to bullfighting, typically “El Torero” like the one shown here. However, no bullfighting packs as such are known outside Spain and Mexico. Known manufacturers include Naipes Dural, Naipes Fortuna S.R.L., B.G., Naipes Catire and Productos Nacaral. 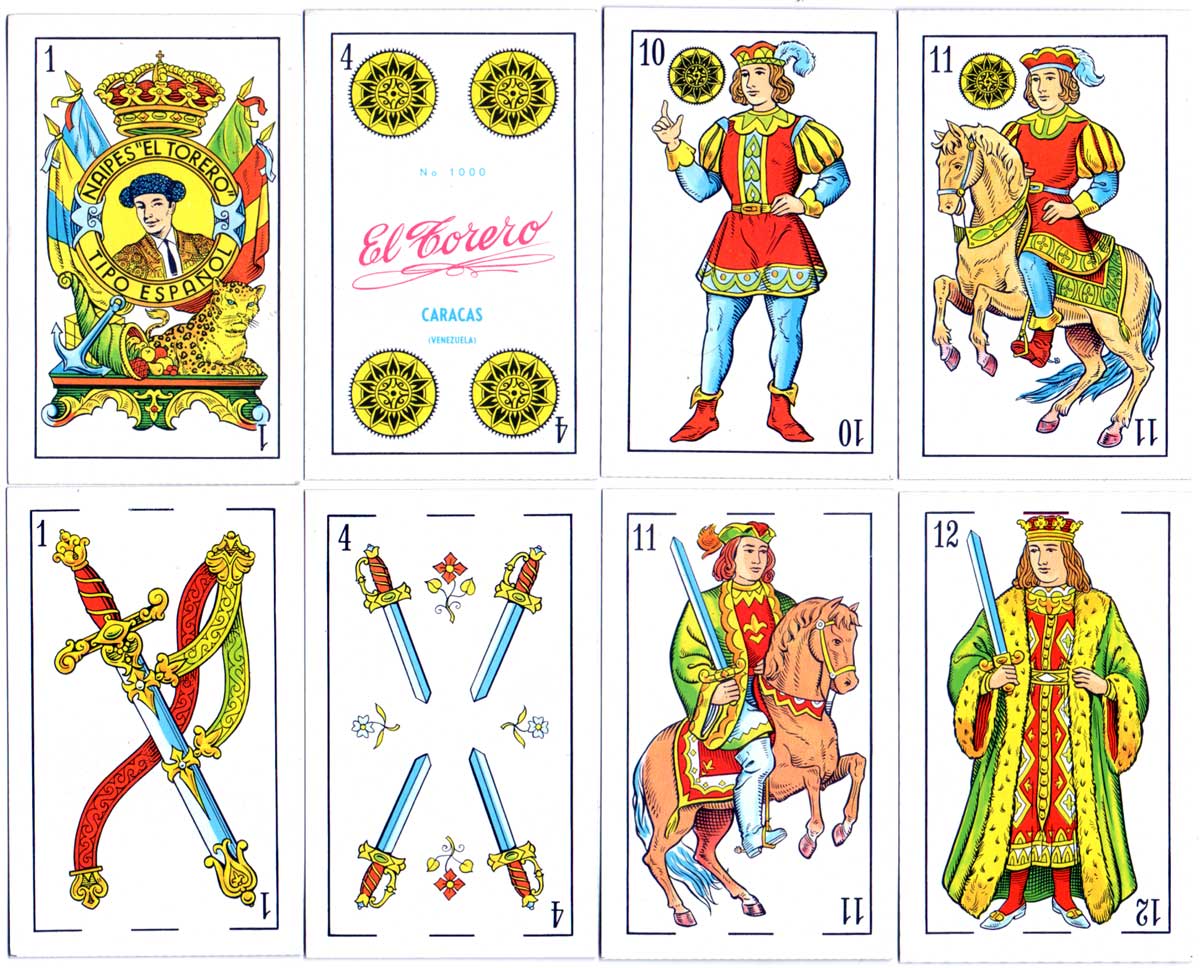 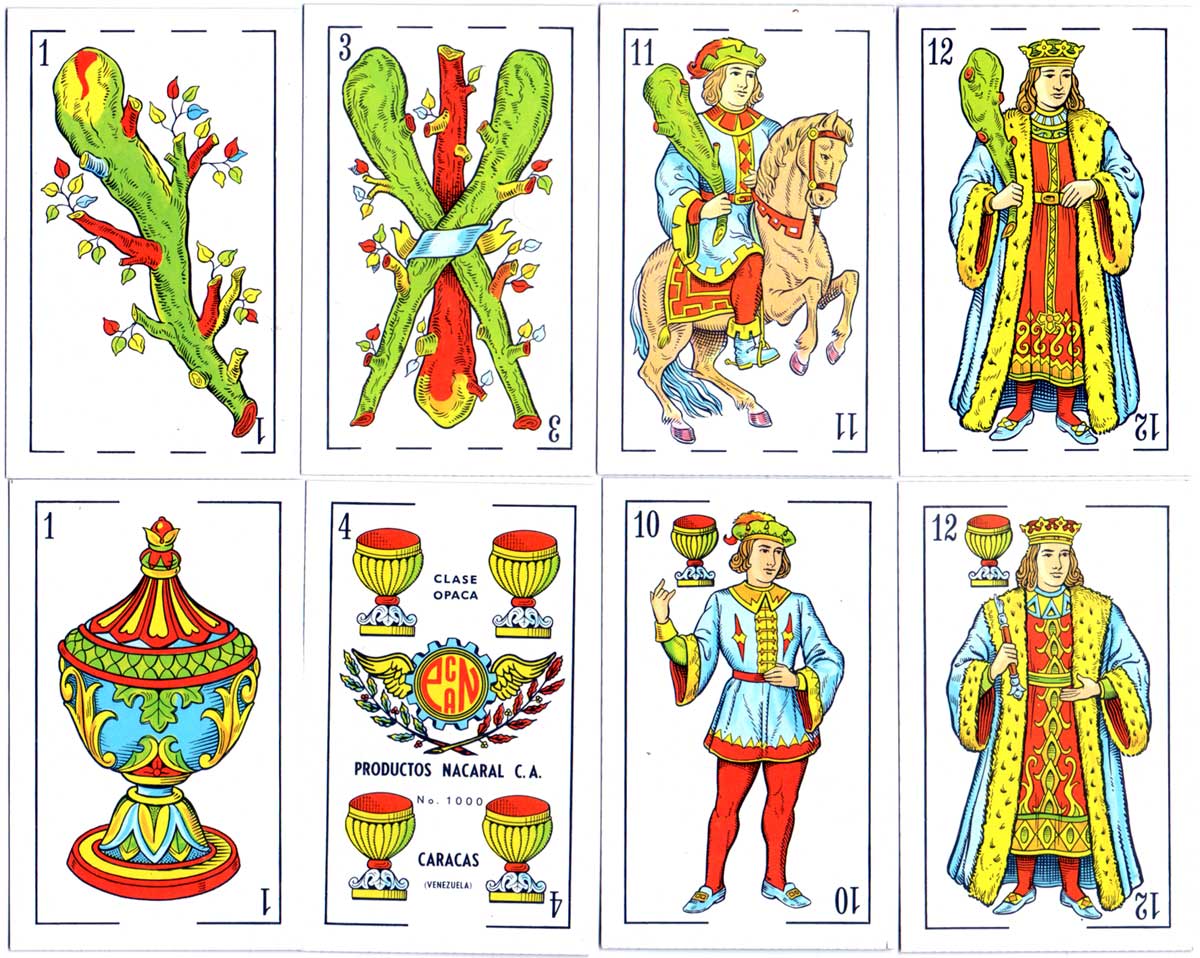 Above: Naipes “El Torero” No. 1000 manufactured in Caracas by Productos Nacaral C.A., c.1975. 40 cards, square corners. The brand name appears on the ace and 4 of coins, and the ace depicts a bullfighter. The four of cups features a logo and other details. The standard court card designs are inspired by Fournier's No.32 Catalan type.