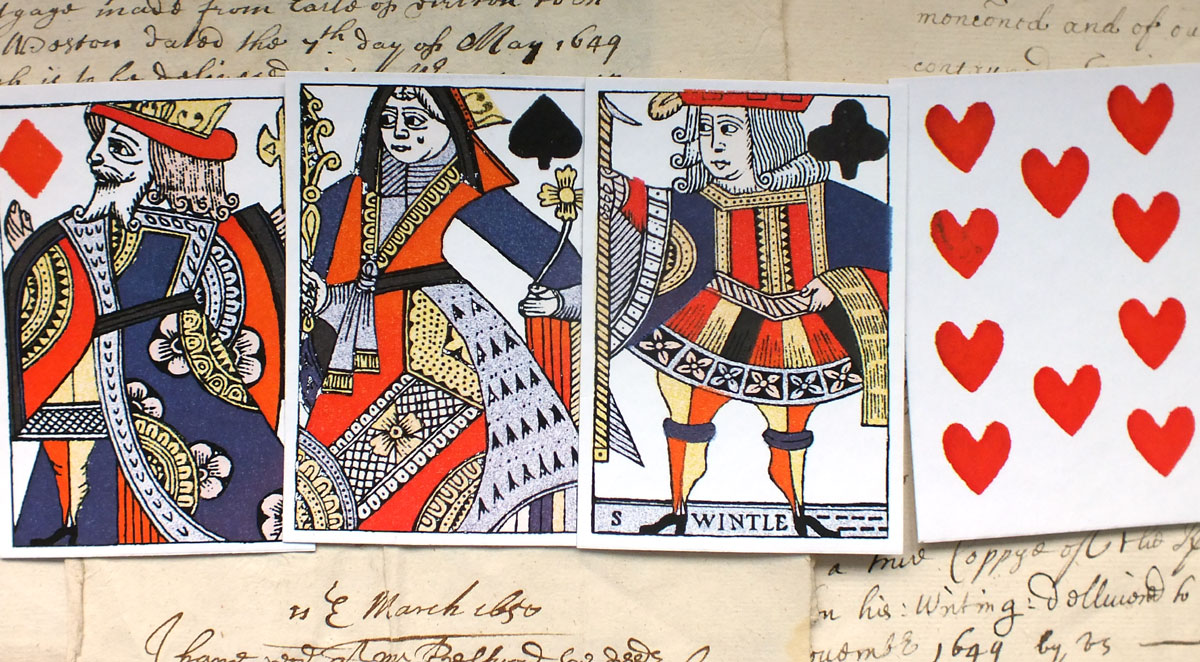 These replica cards have full-figure courts, square corners, and are made by hand on laminated cardboard to mimic the antique pre-industrial methods of production. The cards have a chunky feel and are suitable for play, re-enactment and for historical authenticity.

Based on the seventeenth century designs of Hewson, the cards exhibit that geometric construction which characterises the English pattern and which has survived to the contemporary double-ended cards used today. Packs contain 52 cards, with plain or coloured backs. The size of the cards is usually around 63 x 90 mms. These dimensions may vary by a few mms since packs are hand-made and each one is slightly different. 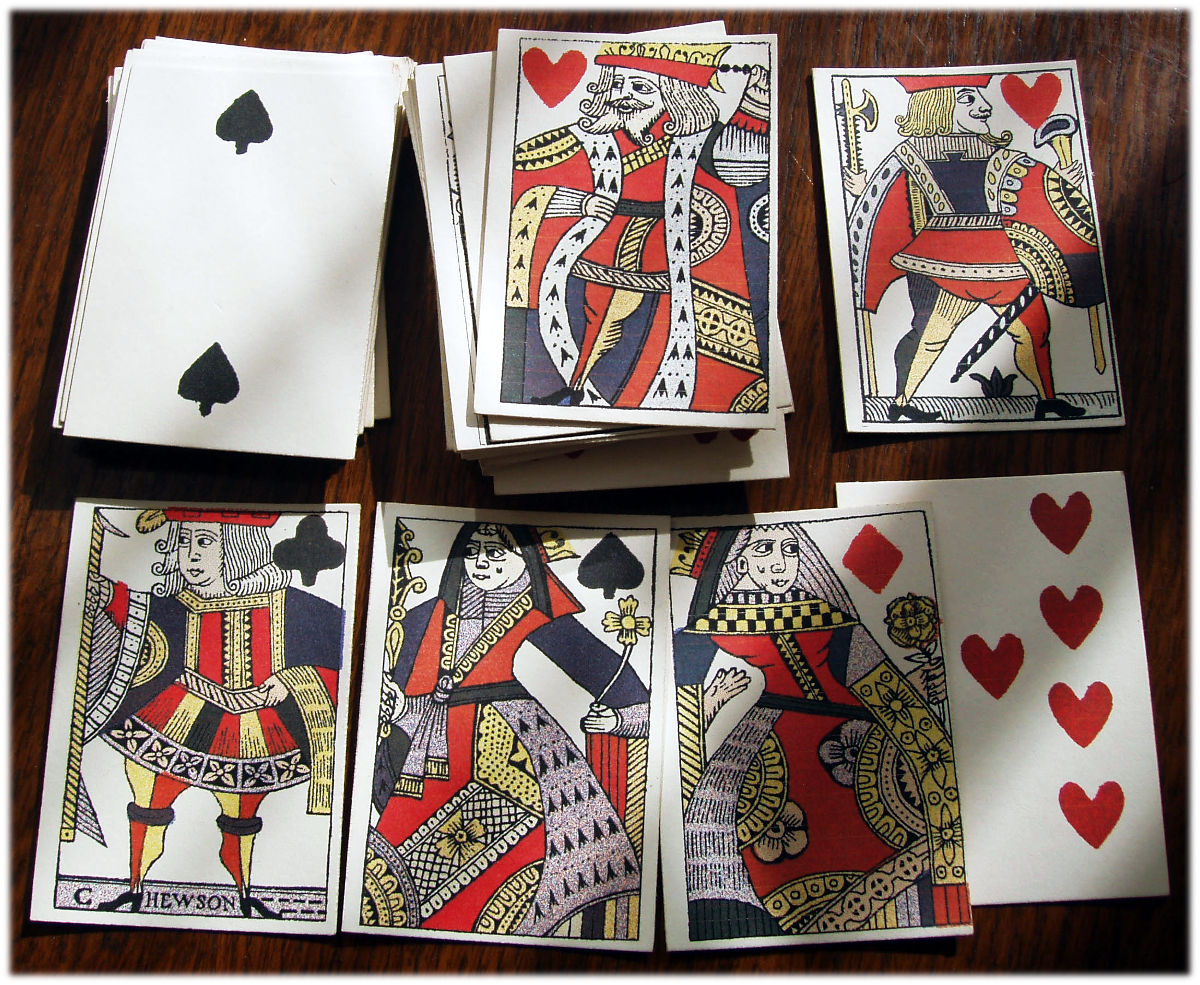 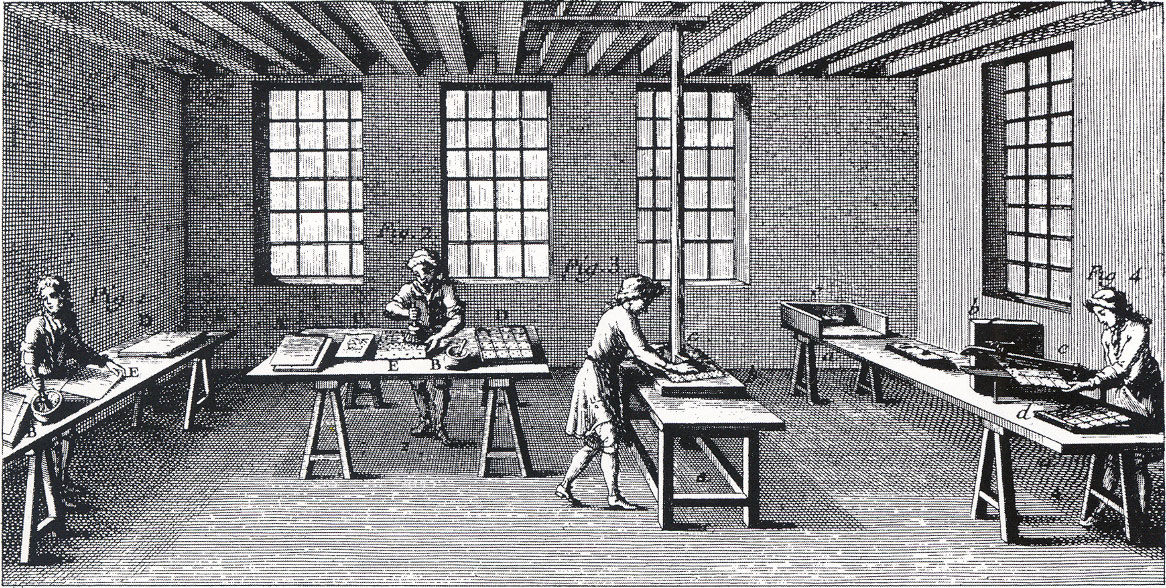 Above: the production of playing cards in 1760, from the Encyclopédie des Arts et Métiers of Duhamel de Monceau. 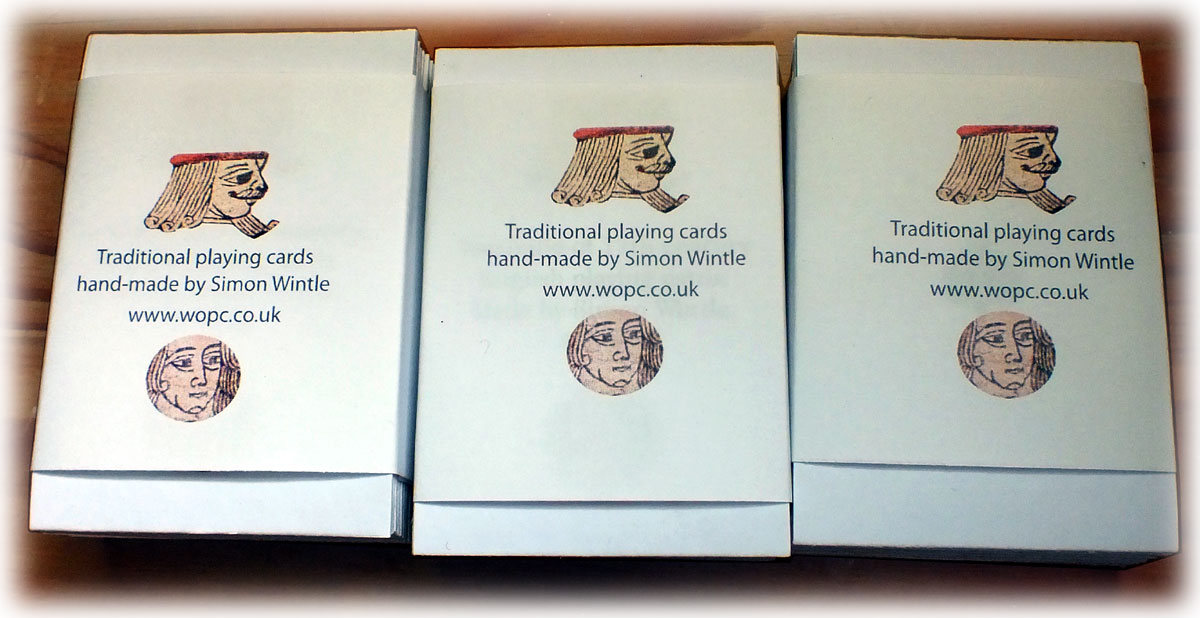 Above: hand-made packs sealed in paper wrappers ready for delivery.