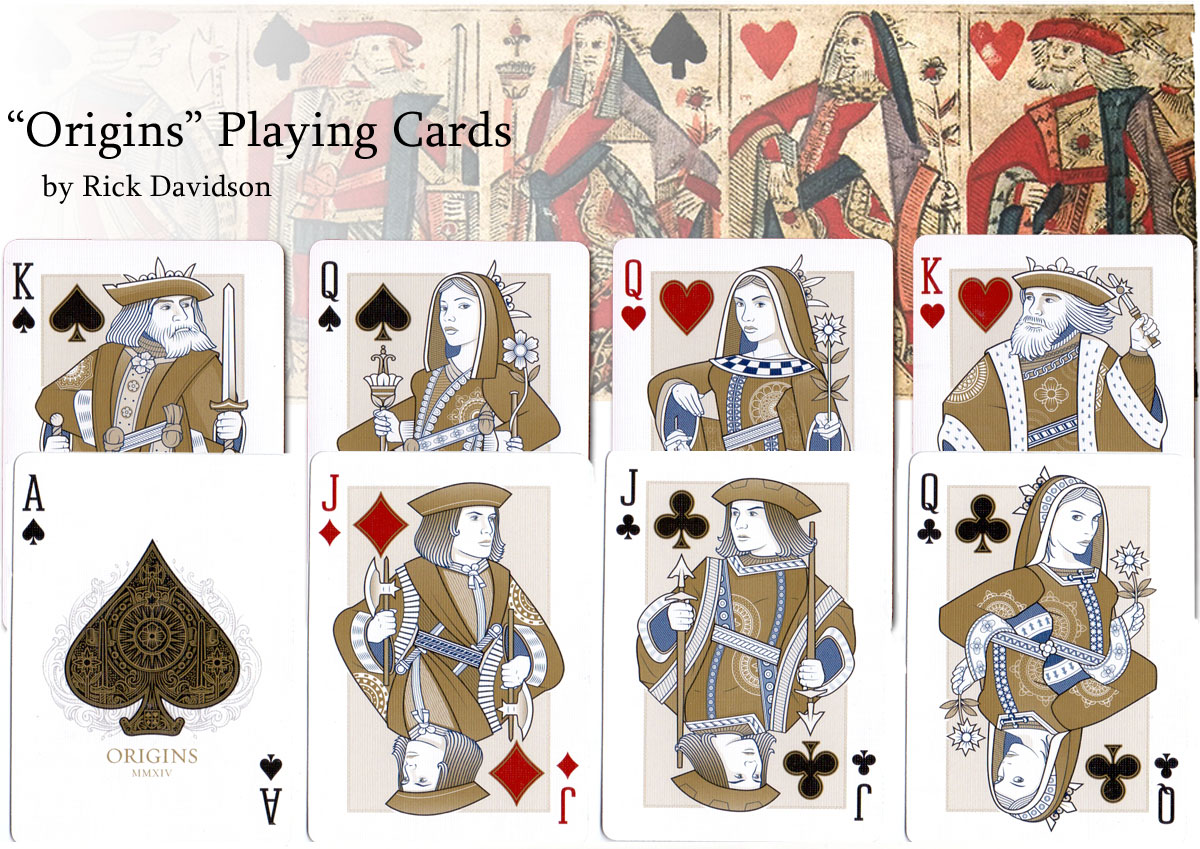 Rick Davidson's “Origins” playing cards is an inspired, present-day re-design of a celebrated medieval playing card pattern, one which has become universal the world over... that is, the original design for our standard Anglo-American deck.

Since the late 14th century playing cards were produced by migrant craftsmen and artisans, who often practised several trades to earn a living. During the 15th and 16th centuries cards made in France were imported to England and became established as a standard pattern. Rick spent many hours researching these designs and sourced original examples from museums. With the benefit of modern technology Rick has reinvented the traditional designs in a clean, modern revision of the historic artwork.   See: originscards.com→

Above: the deck contans an extra ‘Gaffe’ card for magicians (different at each end), two Jokers plus a presentation card all inside a lavishly decorated tuck box. Pips have gold outlines and the cards are printed on premium quality casino cardstock with no expense spared by the United States Playing Card Company.   See: originscards.com→

Rick's background is from a family of artists. “I have always thought today's card art was far from beautiful and I decided to explore how that art managed to become the standard.” We tend to agree, as the quality of playing card designs often deteriorates over time. Rick has produced an interesting interpretation of the figures, keeping the historical postures. We'd like to see a version with the traditional colours for English cards.