J. Welch produced a large number of postcards around the turn of the twentieth century. One set showed a young woman holding a hand of cards on one half and the other half was a playing card. The cards she is holding are those of De La Rue (see the image of the full postcard below) and there are a few number cards, with and without indices. But there's a full set of court cards, which have clearly been designed specially for the postcard firm. They would have made a splendid pack of cards! 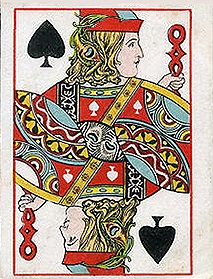 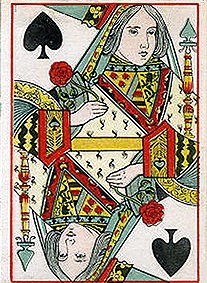 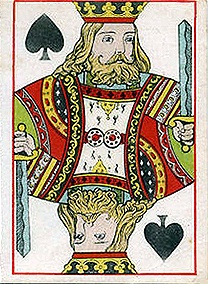 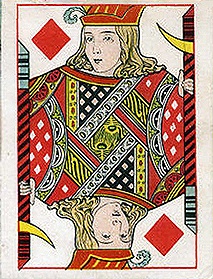 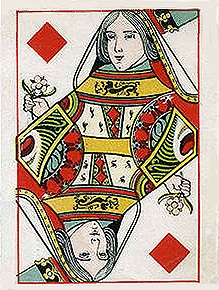 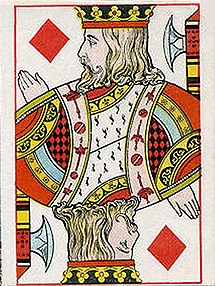 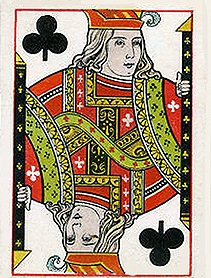 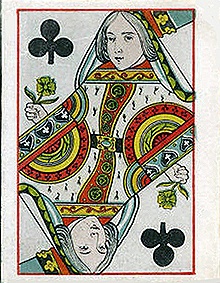 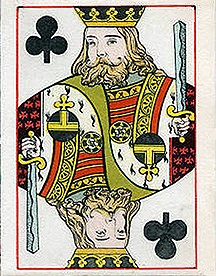 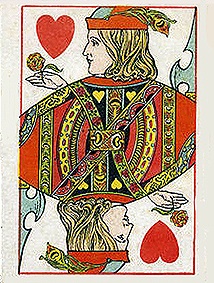 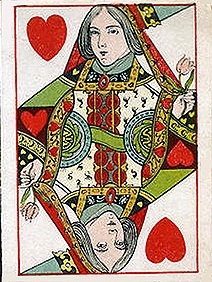 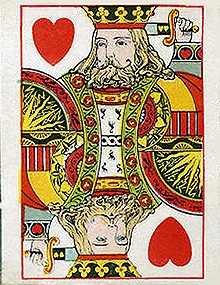 Here's a slideshow of the full postcards with the De la Rue ace of spades clearly showing on the king of spades.

Even De La Rue tried to redesign their courts in the 1930s, but only two were drawn and so they were never printed. 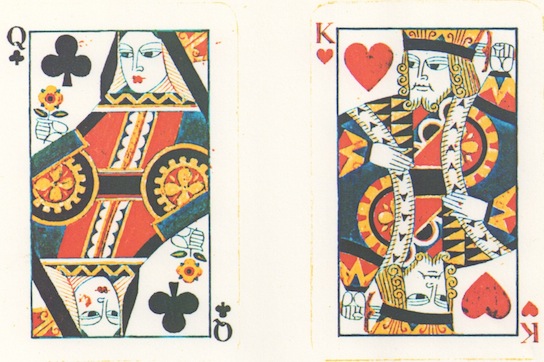 Interestingly, though, the Crown court cards of an unusual 5-suit bridge pack by De La Rue have similar design features, even though they are not traditional figures at all. 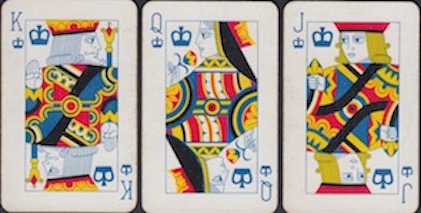 Thanks to Paul Symons for the scan.