by Edwin A Dawes Member of The Inner Magic Circle

RICHARD VALENTINE PITCHFORD (see below concerning his natal name), better known as Cardini, is one of that select band of performers who became legends during their own lifetimes. Not only was he paid the supreme “compliment” of being the most imitated conjurer of his day but his influence can still be seen wherever manipulative magic is purveyed. In retirement Dick was able to look back with remarkable charity on those countless swaying “drunks” who presented such poor imitations of his act, even to the same background music of Three O’Clock in the Morning. Cardini’s portrayal was never that of a drunk. He was too suave and aristocratic to be anything more than perhaps just so slightly tipsy that he was amazed by the wonders that occurred at his finger tips.

It was one of the delights of our North American visits with our good friend the late Dr. John Henry Grossman that he usually stage-managed meetings of the Cardinis and the Dawes and, on these occasions, Dick always regaled us with a wealth of information concerning his remarkable career. A topic which proved of considerable interest was the story of the playing cards with the characteristic backs, which became very much Dick’s “trademark.” 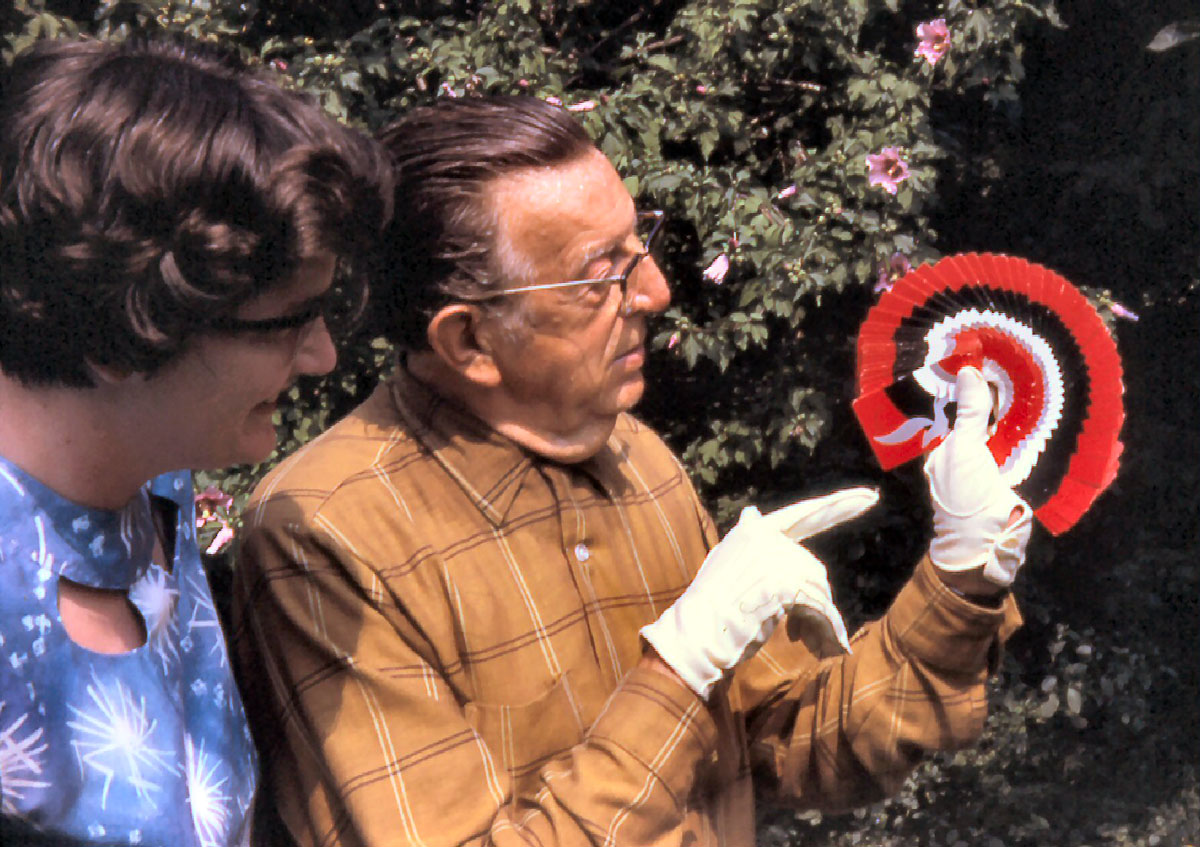 But let us go back to first things. In 1914, after Dick had volunteered and joined the King’s Shropshire Light Infantry, it was so cold in the trenches that he wore a pair of gloves while practising producing cards. At the second battle of the Somme in 1916, Dick was knocked unconscious by a shell and, as is well known, suffered “shell shock” of deafness and dumbness. When this phase receded he asked for a pack of cards and practiced, then he asked for a pair of gloves, and they thought he’d had a relapse! It was in 1918 that Dick first thought of the idea of fancy coloured card fans.

Eventually he was discharged from the Army and went back to Cardiff where he spent half of his “blood” money with C. O. Williams, the noted Cardiff magic dealer who was himself an accomplished sleight-of-hand performer and had appeared at St George’s Hall in the first-ever Magic Circle Séance in 1906. Williams is also revered amongst cardmen as the discoverer of rising sequences, the basic invariant of riffle shuffling.

There followed a period as demonstrator in the Magic Department of Gamage’s famous department store in Holborn, London, which sadly closed down in the early 1970s. After that came the well-known trip to Australia and back, and then once more “down under” in 1923, when the small act as Val Raymond was born. This nom-de-théâtre was hastily changed when it transpired that a well-known criminal possessed the same name!

From the Antipodes, in 1926 he progressed to the U.S.A. via Seattle, and the start of his wonderful career. Dick met Swan Walker, who was the cashier at Planter’s Hotel in Chicago, married her, and then the famous double act came into being with Swan at one time appearing as a coloured page boy.

This brings us now to the story of the Cardini playing cards. In a glass-fronted cabinet at his home in Trumbull, Connecticut, John Grossman displayed the gloves and pack of cards Dick had used in his Royal Variety Performance act at the Palladium in London in 1933. I had always been interested in these cards and asked Dick about them. He told me he had always used a pack of cards with fancy backs bought from Woolworth’s until, playing in Chicago on one occasion, he first saw these new cards in one of the stores of that city. They were sold by the Walgreen Drug Company of Chicago and called Peau Doux cards. This title was derived from the name of Mrs. Walgreen’s dog, Podo, a likeness of which appears on the Ace of Spades and Joker. Realising their potential for colour-changing fans, Dick reached an agreement with the Walgreen Company and bought up all their Peau Doux packs with exclusive rights to use them; he told me this cost him about $3,000.

Here we now show further details of these exclusive cards to illustrate the Ace of Spades and Joker. A mint pack of the Cardini cards, autographed to me, is one of the cherished items in my collection of playing cards.

The problems of Cardini’s natal name, place and date of birth have exercised magic historians over the years. In the period since my article was written in 1973, John Booth, Brad Ball and Roy Roth have all written on this topic. Thus John Booth, in his Creative World of Conjuring (1990), reported that Cardini’s middle name was David, not Valentine, and his date of birth 1st March 1896 at St Thomas, Swansea, as a result of searching birth records for ‘Pitchford’ between 1889 and 1901. The mother’s maiden name was Thomas, which Booth suggested was the source for one of Cardini’s earlier noms-de-théâtre, namely Val Thomas.

Brad Ball (Magic, December 1999, pp. 57-59, 61-63) cites a 1928 letter which states that Richard Valentine Thomas became Richard Valentine Pitchford “through some second marriage,” although the letter gives no details. He therefore sought a birth certificate for Richard Valentine Thomas, and found he was born at Mumbles, near Swansea, on 24 November 1895, the date and place, although not surname, coinciding with that which Cardini had given when John Booth interviewed him for a Genii article in 1942. The maiden name of the mother was Alice Maude Skinner. 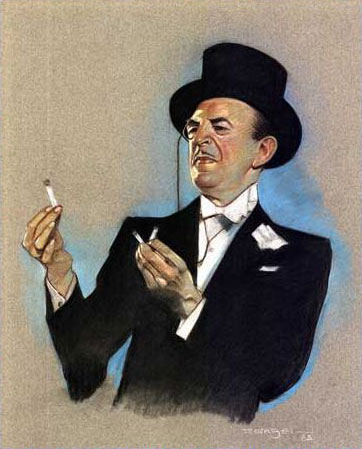 It is clearly the change of surname from Thomas to Pitchford which holds the key to the confusion, in part aided by the coincidence that the maiden name of Richard David Pitchford’s mother was also Thomas (a fairly common Welsh name).

I can only add for the record that when, in 1962, I asked Cardini for details of his birth he told me “I really don’t know when I was born!”

John Moehring’s article in the December 1995 issue of Magic, wherein he told of being in the company of Cardini in 1966 and purchasing decks of the ‘Cardini’ cards in a Walgreen’s store in San Juan, led to a letter from Doug Edwards in the February 1996 Magic. It essentially confirmed the information in my Rich Cabinet article but added that it was Chick Choke [sic], i.e. Schoke, who introduced Cardini to these cards; further, that Cardini bought the dies to ensure that no more cards of this back design would be made in future. Consequently Edwards challenged Moehring’s account of their purchase in San Juan over thirty years later. But John assured him it was so, and there the mystery remains. Did Walgreen and Cardini subsequently abrogate their agreement? If not, why did Cardini, notoriously sensitive to his rights, take John Moehring into the Walgreen store to purchase the cards and seemingly without rancour or comment?