The Eglantine or “Aeglantyne” table is located in the High Great Chamber at Hardwick Hall, Derbyshire. The oak table is elaborately inlaid with walnut marquetry depicting Elizabethan musical instruments, games and heraldic references, including playing cards, allegorical figures and wooden sheet music by the famous Renaissance composer, Thomas Tallis. The songs are, of course, uplifting rather than bawdy. In one corner is this ‘guitar’ surrounded by twelve playing cards: four aces, fives and tens in each suit.

The question is: Why are only the four aces, fives and tens shown in each suit? Perhaps there is an occult meaning. We had thought about musical intervals. 5:10 = 1:2 which is an octave. But 1:5 has no musical meaning that we know. Do you know anybody who might have an idea what they mean? 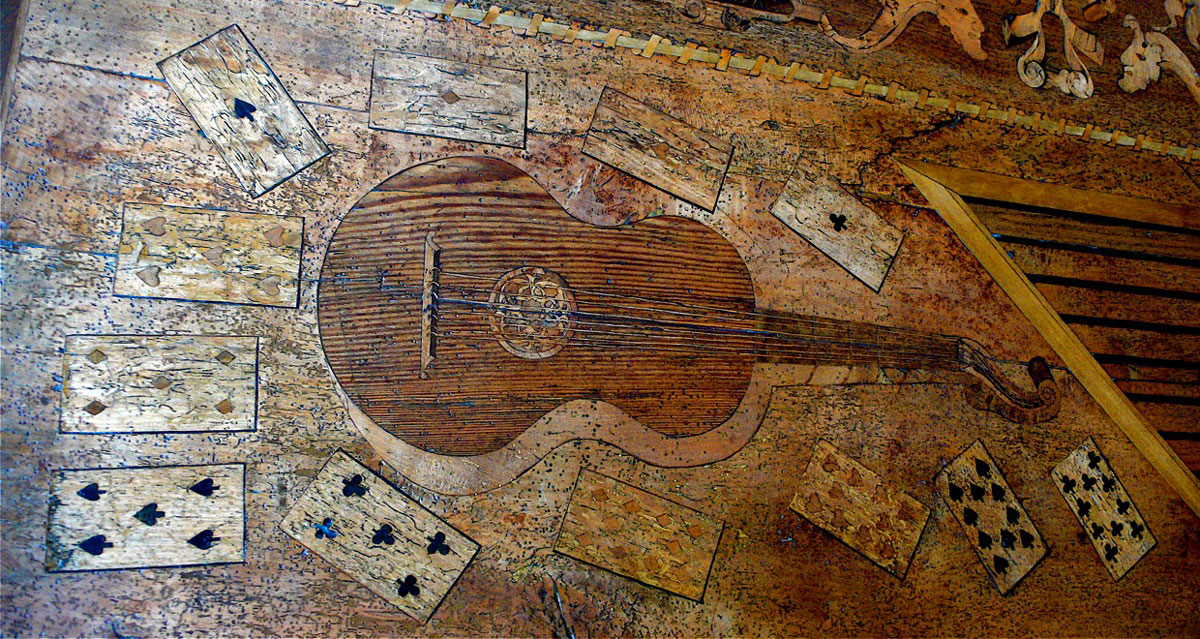 Above: detail from the Eglantine Table (Aeglantyne Table), Hardwick Hall, Doe Lea, Chesterfield - The High Great Chamber. The table was made to celebrate the triple marriage contract between the families of Talbot and Cavendish in 1567. Photo credit: Christopher Page.

← Left: click the video to get a pleasant musical surprise!