SOIMCA (Sociedade Impressora Caxiense) is an important playing card manufacturer in Brazil. It was established by Nelson Soares in Caxias do Sul, in the south of Brazil, by 1955. Its “Pingüim” brand is very popular. In 1993 SOIMCA asked the artist Gertre to design a new Spanish-suited pack, inspired on the Castilian pattern; they tried to introduce these into players’ circles but they were not well received. The designs were traded with COPAG and nowadays are used by COPAG as its Spanish-style cards for exportation. In 1999 SOIMCA jointed forces with COPAG, transferring its machines to Manaus.

Above: new Spanish-suited playing cards designed by Gertre in 1993, 48 cards, published by SOIMCA. The designs were not well received by card players. 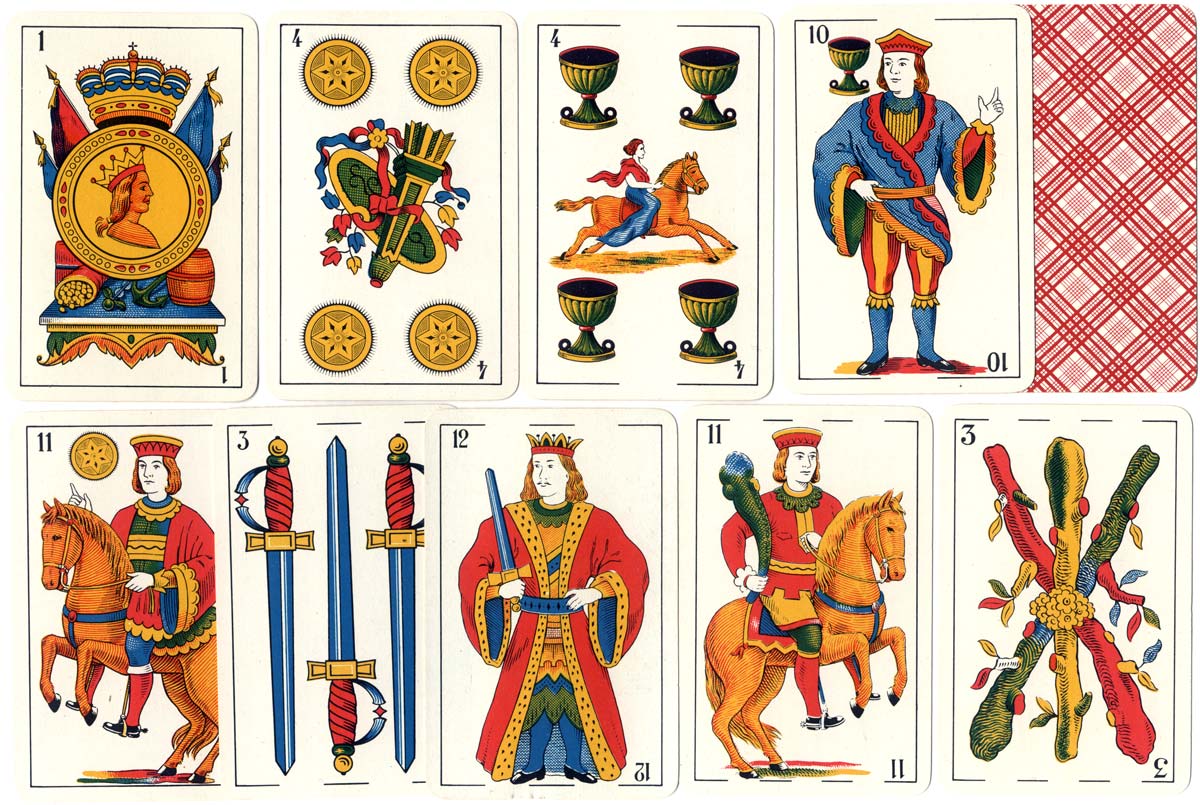 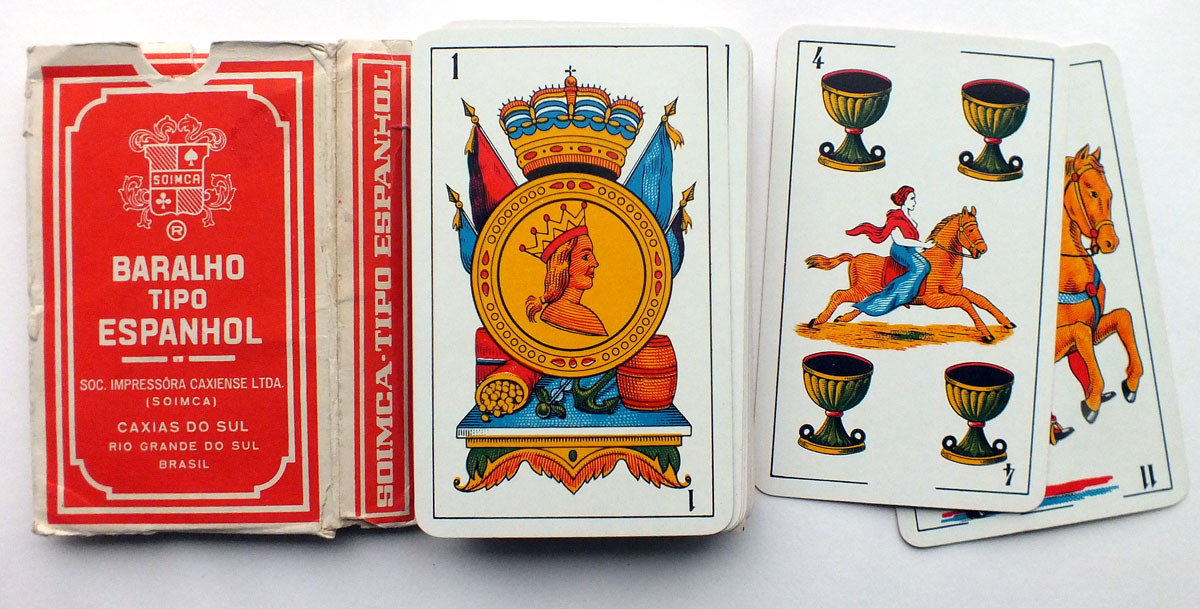 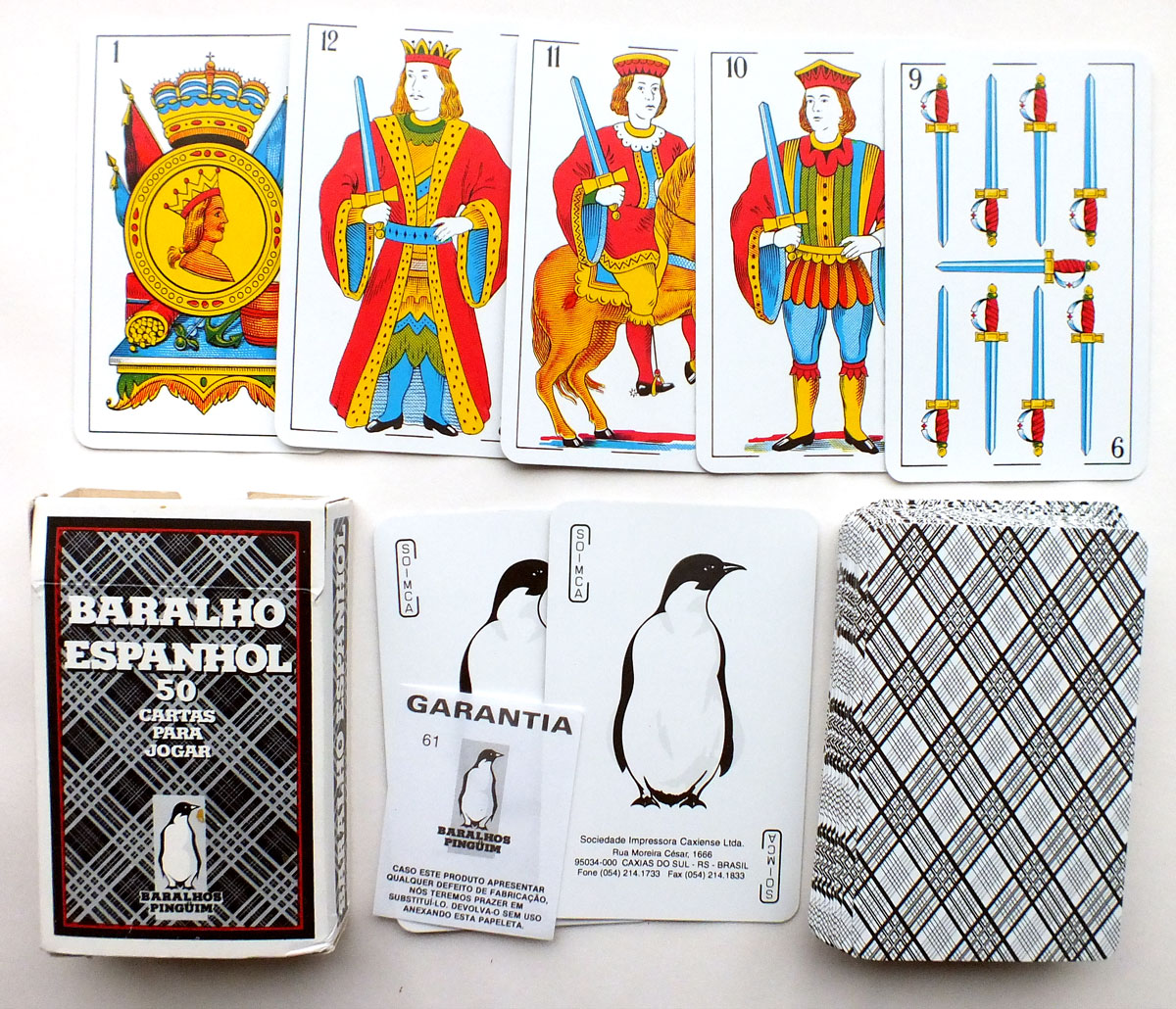