The National Card Co. was formed in c.1886 by Samuel J Murray, who as a young man had worked in England in Charles Goodall's playing card factory. In 1881 he moved to Cincinnati and became an employee of Russell & Morgan playing card manufacturers. In 1886 he left Russell & Morgan and moved to India... • Jun 01, 2010

An historic American advertising deck for the C. A. Edgarton Mfg Company, manufacturers of the President Suspender (known as “braces” in England) depicting U.S. Presidents and First Ladies on the courts. • Apr 04, 2013

Riders of the Range 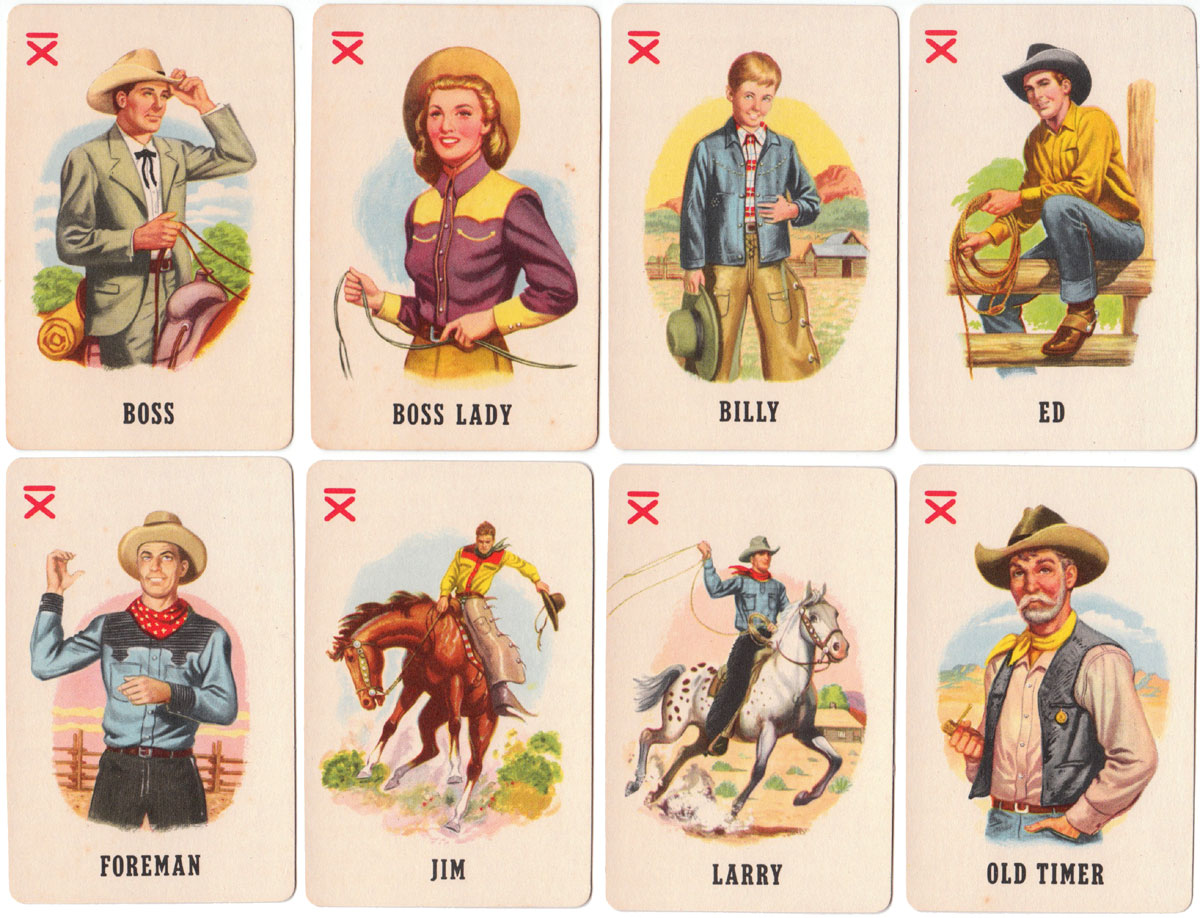 Souvenir deck from the State Historical Society of Wisconsin containing photographs from museum collections and archives on each card. • Nov 18, 2015

Steamboats No.99 was one of a number of brands produced by the American Playing Card Co. of Kalamazoo. • Feb 27, 2013

The theme of steamboats navigating up and down the Mississippi also extended to the cotton plantations alongside the river and to African American people employed therein who were sometimes depicted on the special Joker card. • Feb 28, 2013