Charles Bartlet has been shown to be Samuel Hart, who was attempting to trade on the good reputation of Caleb Bartlett, who had recently ceased production, and to capture a share of the market. The courts are in the old style possibly to preserve a loyal following. Bartlet’s address in Philadelphia was the same as Harts’s in 1846-48.

The back design on this Charles Bartlet deck appears to be inspired by the work of the English card back designer, Owen Jones (1809-1874), who commenced working for De la Rue (London) in 1844 and who also produced designs for Lawrence & Cohen. The date may be somewhere between c.1845-65, when single-ended courts were still in use, while double ended numeral cards were being introduced. 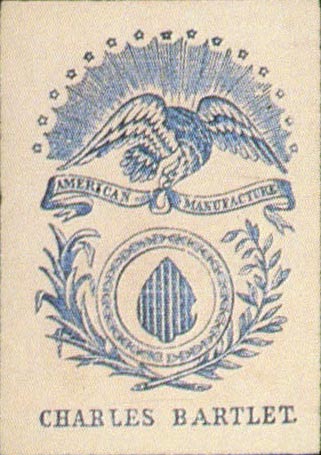 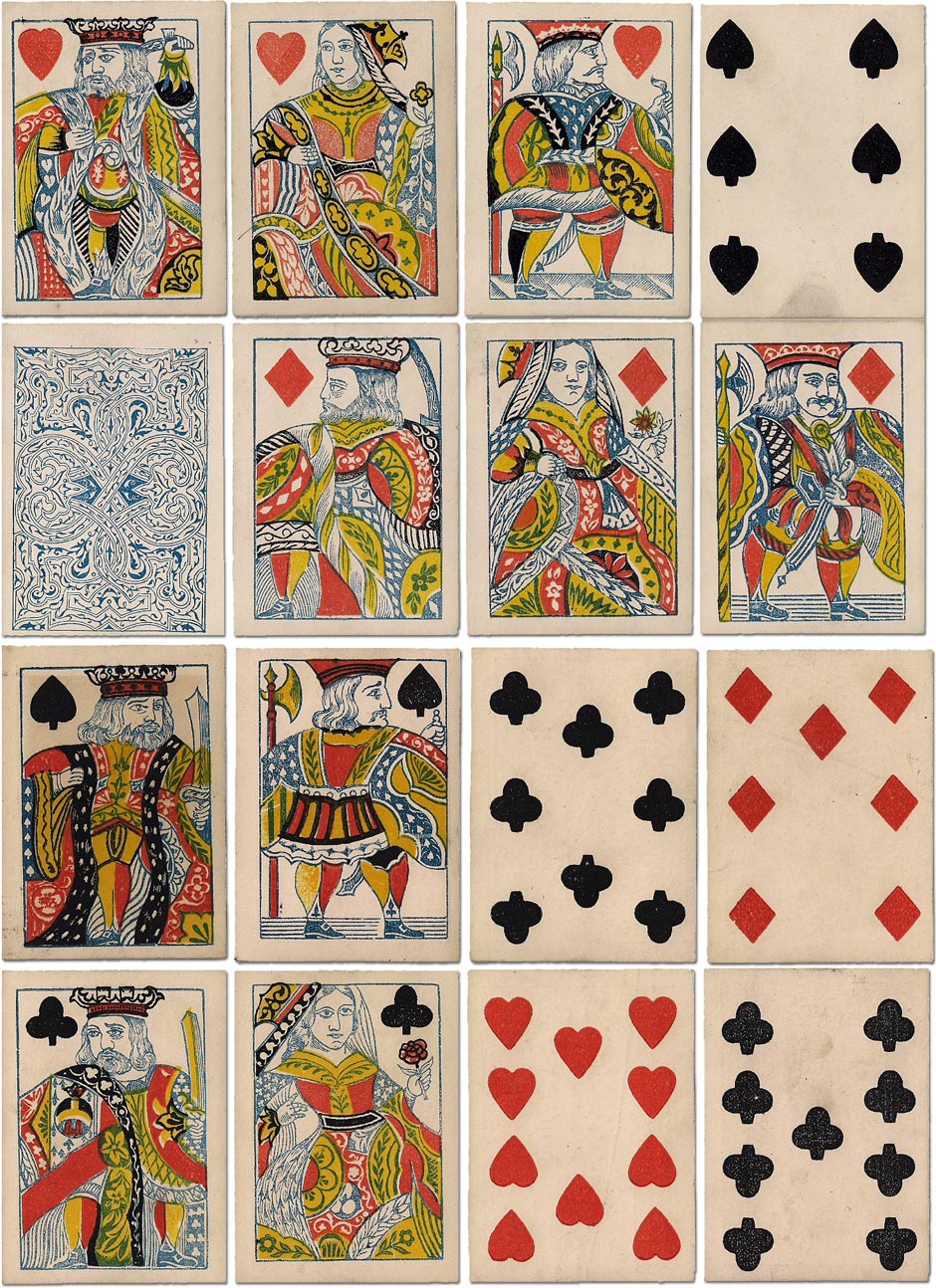 Above: very elaborate single-ended court cards on a deck by Charles Bartlet, Philadelphia, (who was in fact Samuel Hart) c.1845-60. The pip cards are double-ended. Although the court cards are printed in blue outlines, they also contain black areas. Examples have been seen with gold edges. Images courtesy Rod Starling and Michael J. Morrissey. 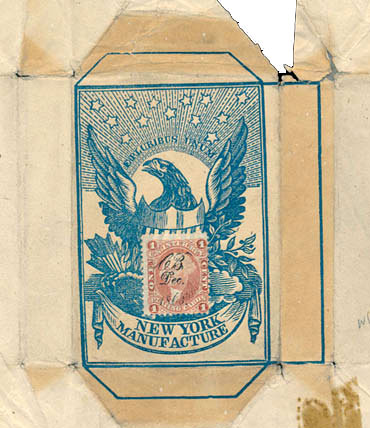 Above: a Bartlet wrapper with a script style cancel on the revenue stamp, which is identical in style to the contemporaneous Hart cancels. Notice it denotes New York manufacture. Probably a bold-faced lie. While Hart had a sales office in New York, his principal offices were in Philadelphia. This was probably just one more attempt to capitalize on the goodwill of Caleb Bartlett of New York. Image and notes courtesy Michael J. Morrissey. 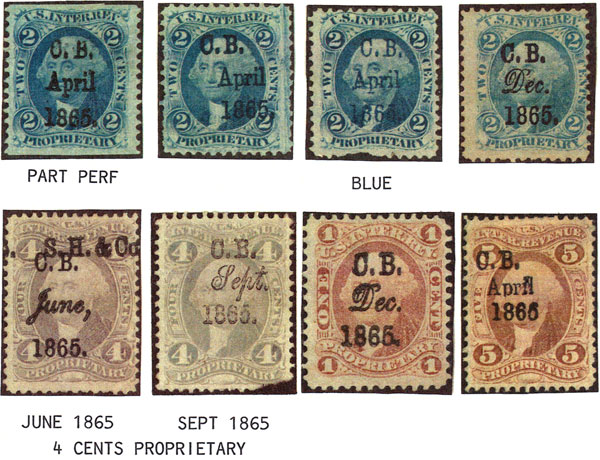 Above: Charles Bartlet revenue stamps for the years 1865 and 1866, plus a Samuel Hart stamp with C.B. overprinted dated June 1865. In 1866 Hart ordered a private die revenue stamp and no longer used the government die with his distinctive precancels. This was made feasible by the regularization of the tax to a flat 5c per pack of 52 cards irrespective of the retail price. Image and notes courtesy Michael J. Morrissey.

NOTE: As has been previously noted, two card manufactures with similar names produced cards in the mid 19th century. That similarity of names, Caleb Bartlett, who produced cards from 1830 to 1850 and Charles Bartlet, a pseudonym of Samuel Hart, can be the cause of some confusion when trying to affix the correct attribution to certain decks by either maker. Our listing for the Ackerman deck is a case in point. It was initially and erroneously attributed to Charles Bartlett. Card collectors should take note of the fact that the name Charles Bartlet is spelled with only one letter “T” while the name Caleb Bartlett is spelled with two letter “T’s”. The names of either maker are sometimes found on the Ace of Spades but in the case of Caleb Bartlett, his initials, C.B., are cleverly hidden on each court card, a feature that can aid in identification  (from Rod Starling).