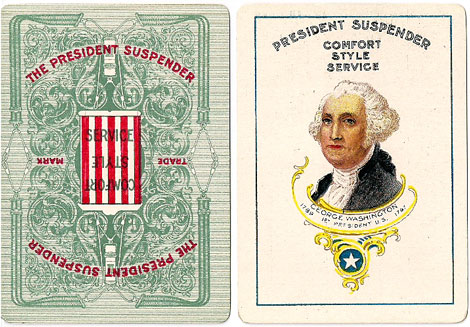 An historic American advertising deck for the C. A. Edgarton Mfg Company, manufacturers of the President Suspender (known as “braces” in England) depicting 16 U.S. Presidents on the Kings and Jacks and First Ladies on the Queens. Advertising appears on the backs, Ace of Spades, Joker, court cards and box. The deck also has an obvious patriotic message.

The back design features the suspender whilst the Joker depicts George Washington, America's first president   click image to zoom. 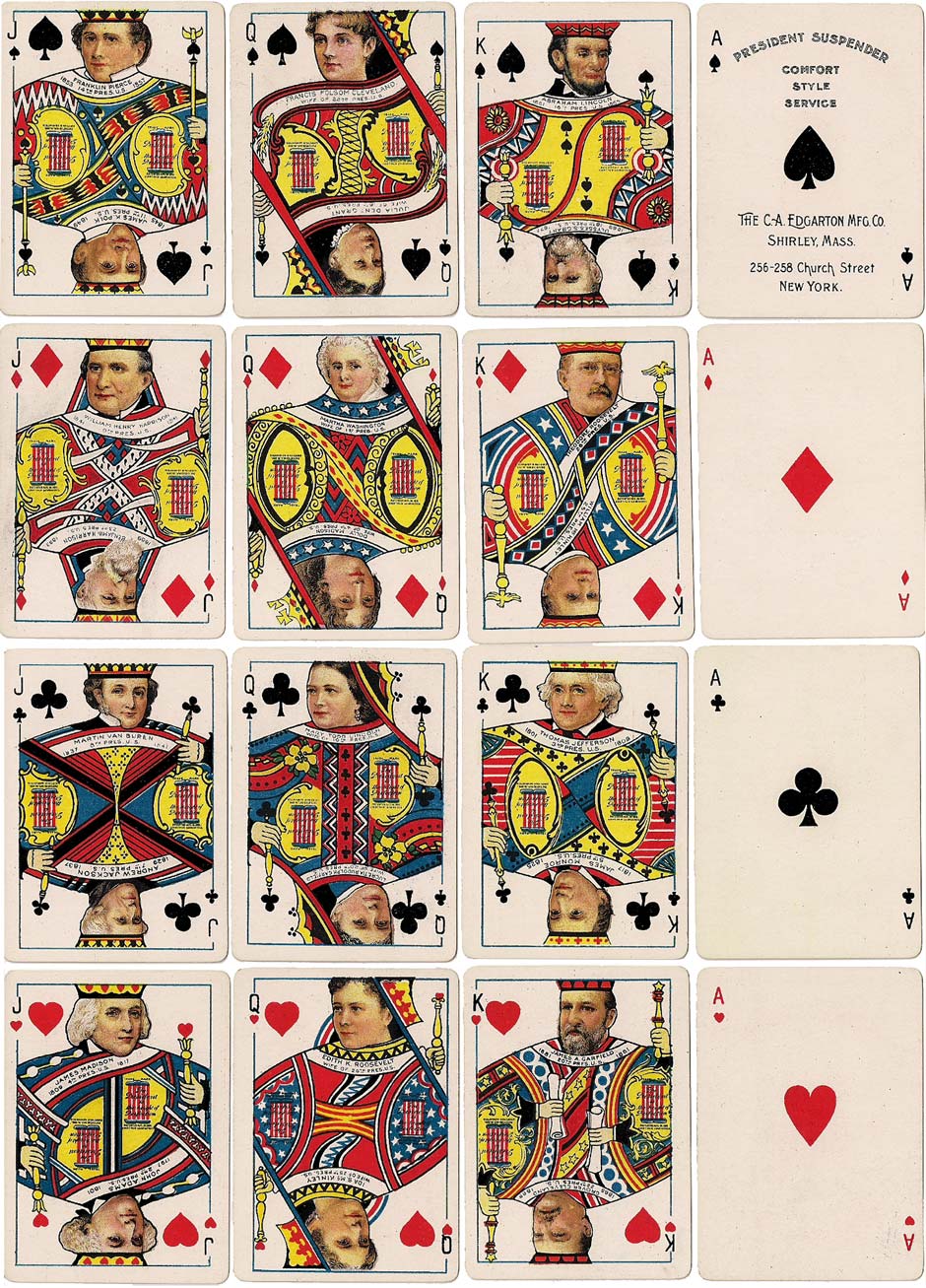 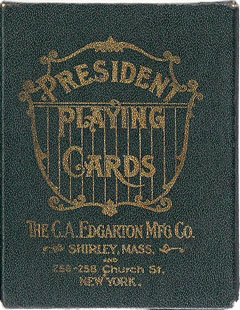 Above: advertising deck for the C. A. Edgarton Mfg Company, manufacturers of the President Suspender, c.1905. The courts are reversible and show a different person at each end. The Queens each have two First Ladies of eight Presidents, unfortunately not enough to balance the 16 Presidents represented on the Kings and Jacks. It is quite a valued deck in America. 52 cards + George Washington Joker in Box.

Images on this page are from the collection of Rod Starling, author of "The Art and Pleasures of Playing Cards".

HISTORICAL NOTE: C.A. Edgarton and Sons opened a factory in 1881 on Leominster Road in Shirley, Mass to produce webbing for suspenders and garters. Around 1900 it became known as the President Suspender Company. About 1930 George Frost Belt Company merged with the Suspender Company. In the early 1960's the President name was dropped and it was just George Frost Company. 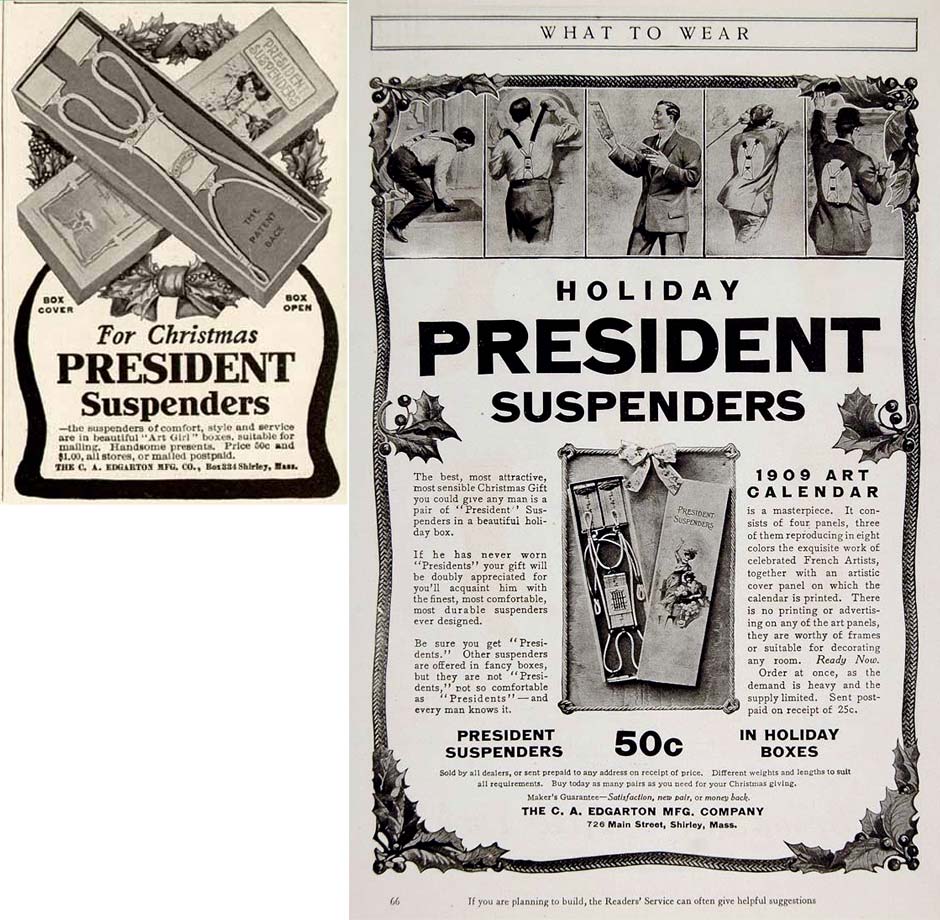