Wild West - territory of the frontier, myths and legends - these playing cards depict characters from the famous tribes of American Apache, Delaware, Sioux and Navajo indians. Pips are inspired by Navajo designs. 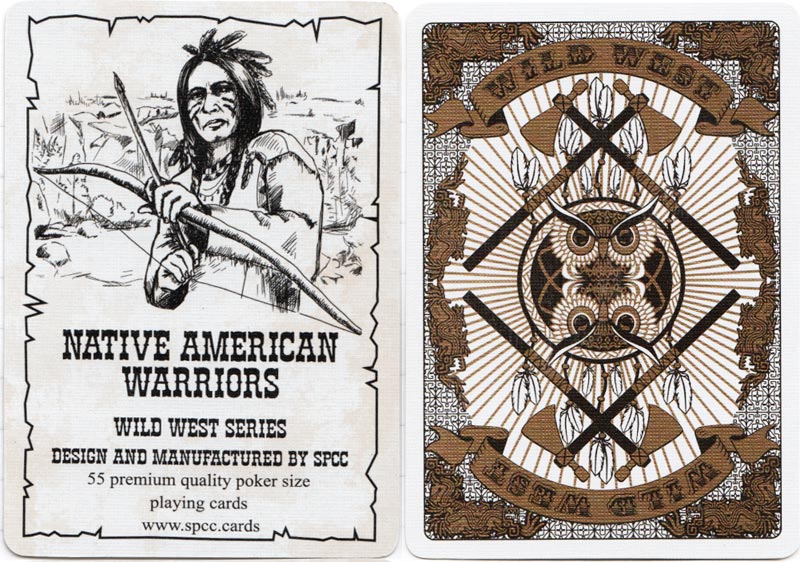 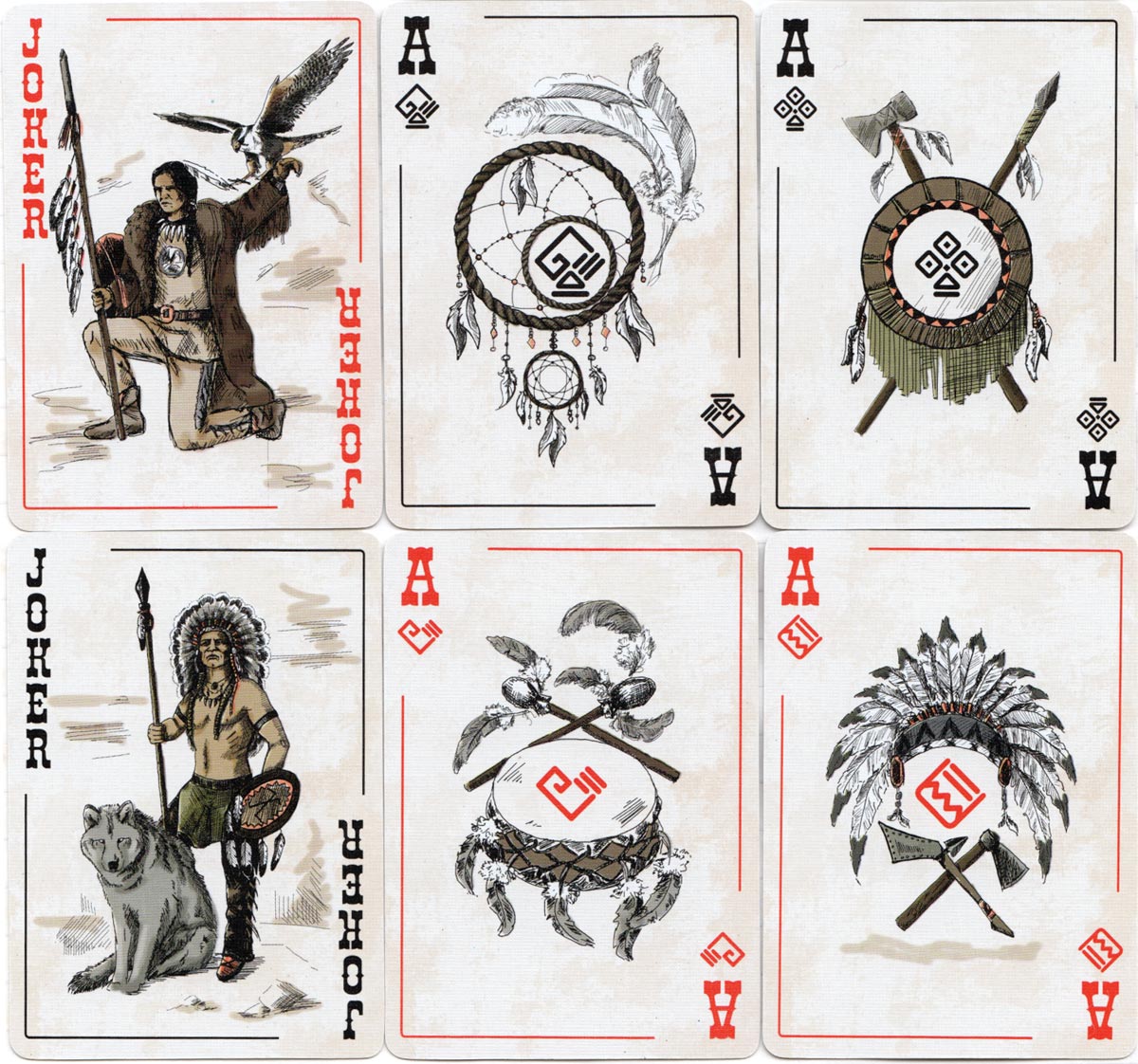 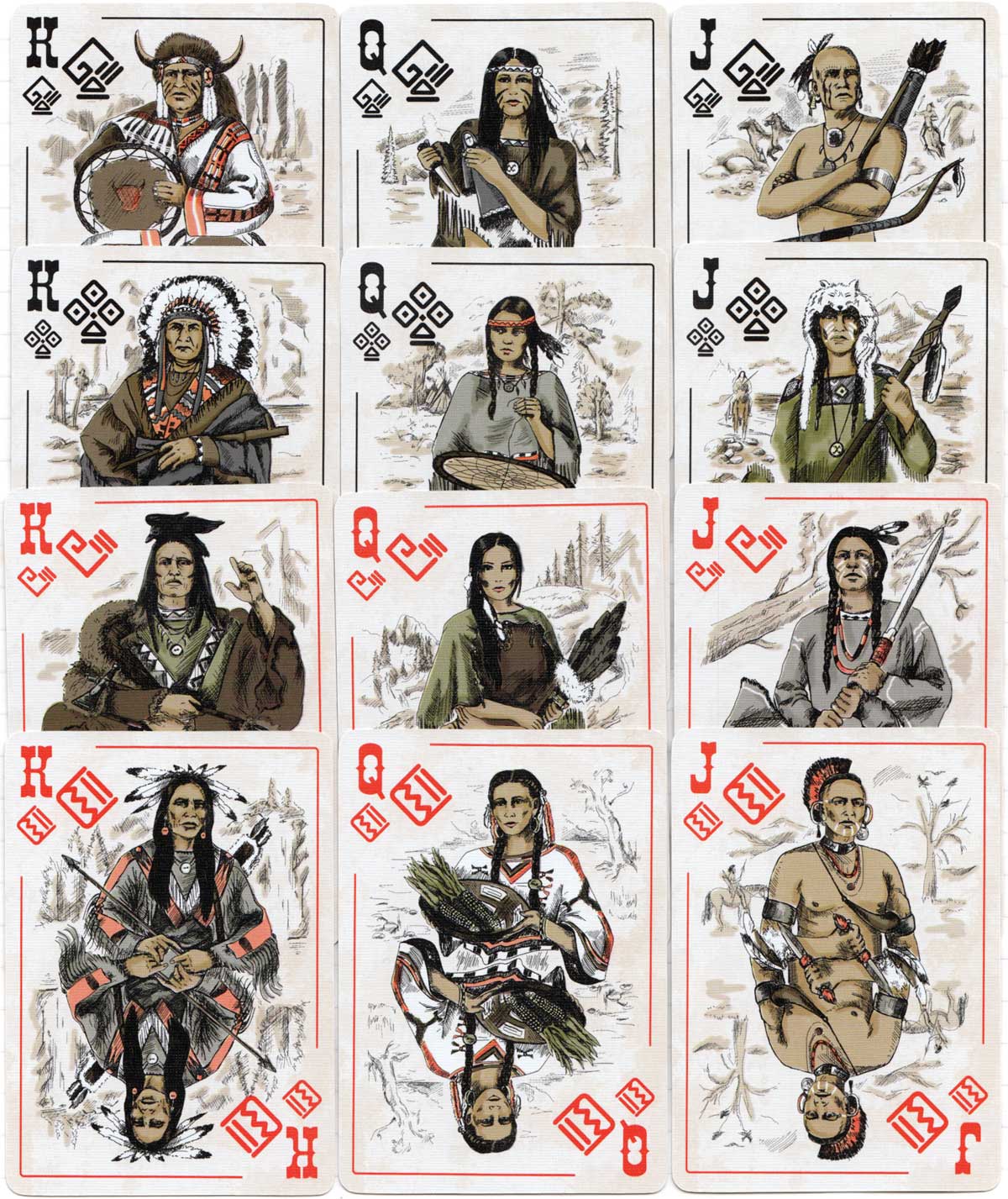 Above: Native American Warriors from the Wild West Series published by SPCC, 2018. 55 cards in box. The project was funded by Kickstarter.