Riders of the Range, a highly coloured Wild West-themed game based on an “Eagle” comic strip featuring cowboy hero Jeff Arnold and his ranch-hand Luke, was published by Pepys in 1953. An American Western film directed by Lesley Selander of the same title had been released a few years earlier. See the Box► 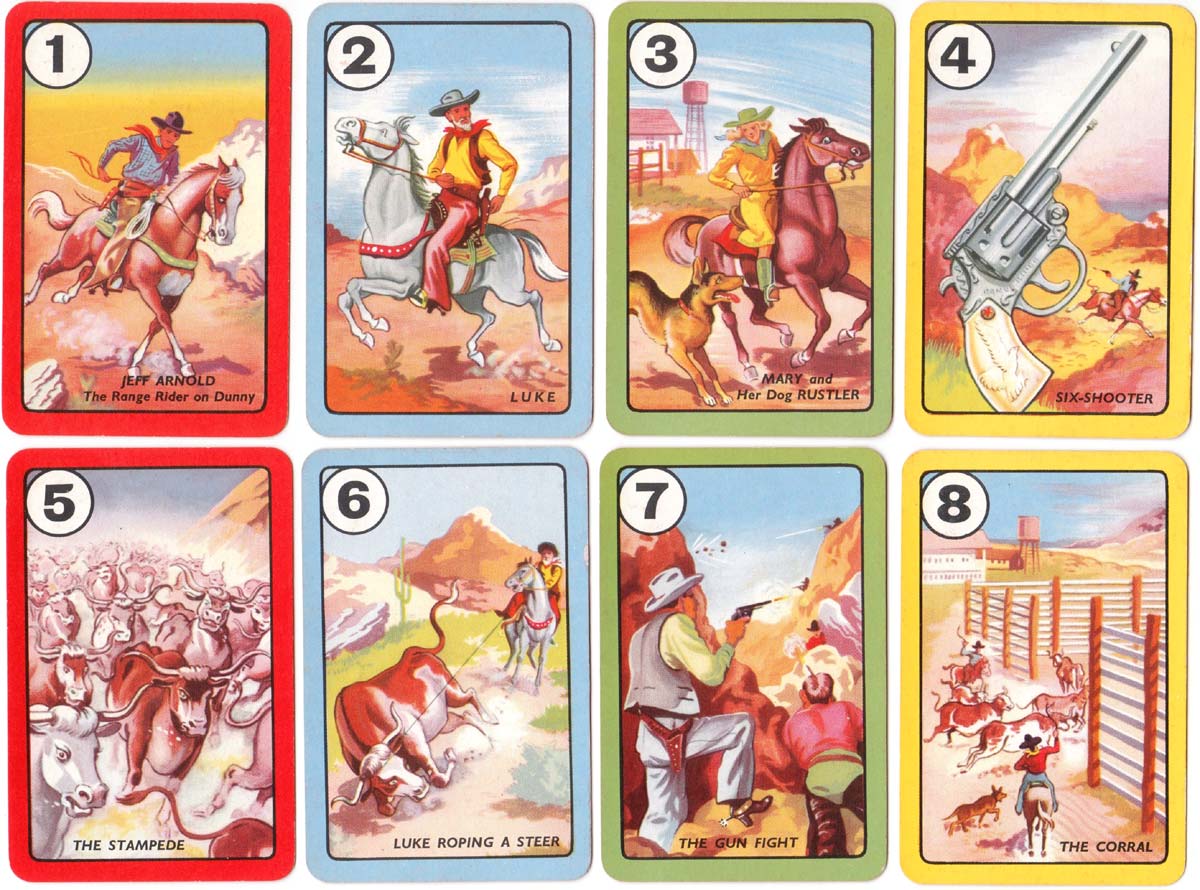 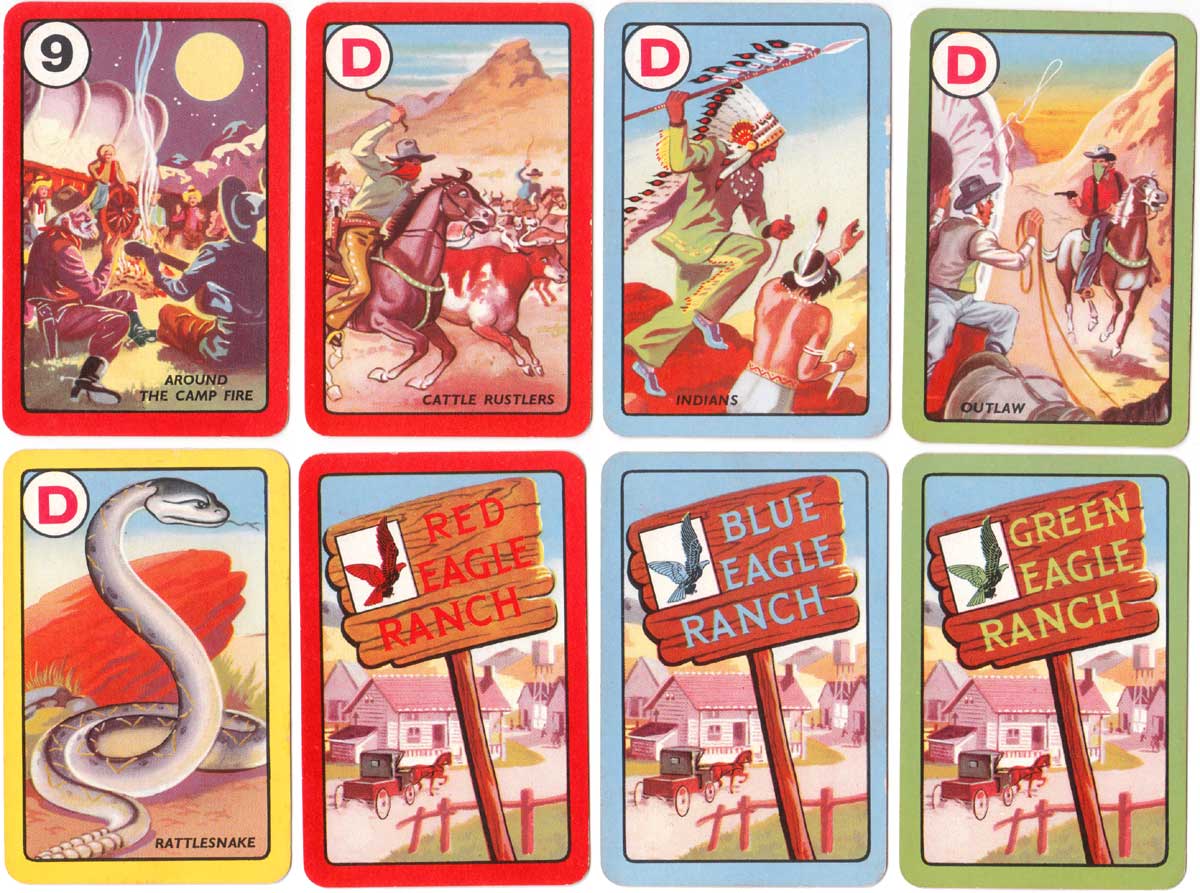 Above: Riders of the Range card game published by Pepys (Castell Bros), 1953.