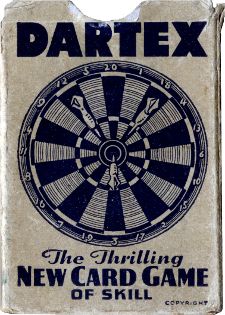 Right: front of the box, which is of poor quality and printed in blue on plain white card.

The game of ‘Dartex’ is based on the traditional pub game where darts are thrown at a circular target. The card game version contains a total of 52 cards (38 showing a dart board + 14 special cards) which act as the throws and, just as in the real game, good mental arithmetic is required. The game was published just before the Second World War, in September 1938, at a time when wartime economies were coming into effect. The publisher/manufacturer's name is not given.

There is speculation that the game of darts originated among soldiers throwing short arrows at the bottom of a cask or trunks of trees. As the wood dried, cracks would develop, creating "sections". Soon, regional standards emerged and many woodworkers supplemented bar tabs by fabricating dart boards for the local pubs.   Learn more in Wikipedia artlicle → 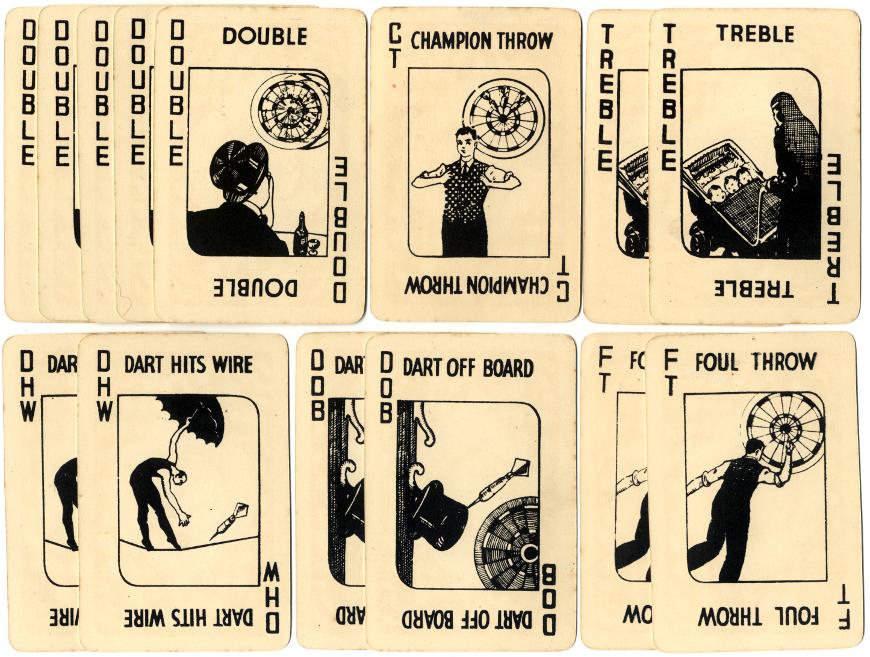 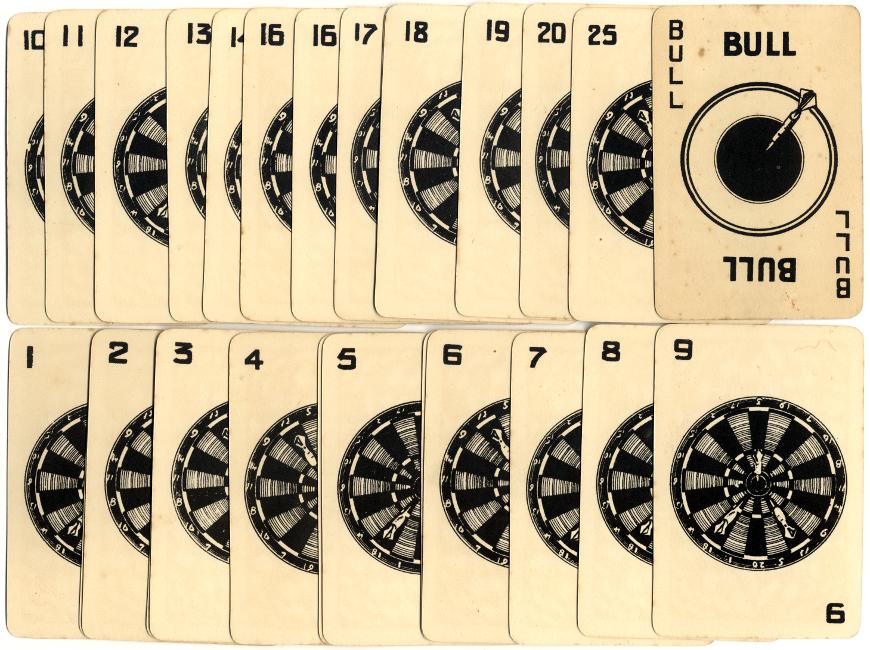 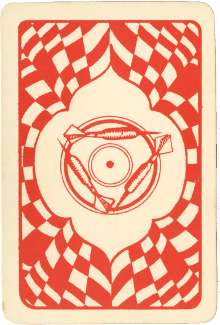 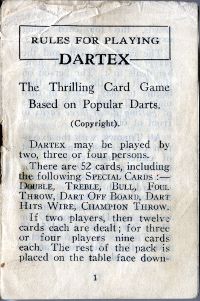 Right: front page of the rules booklet, and the back of the cards, printed in red or blue on plain white, showing three darts and a dart board motif.