A mid-nineteenth century Victorian children's card game titled ‘The Golden Egg Game’, depicting a farmyard with the farmer and his wife, Simple Johnny, pigs, cows, chickens, a dog, horse, a harlequin, the boy who tried to steal the goose, a fox and a golden goose. Printed by lithography, unknown publisher (but possibly Ogilvy). 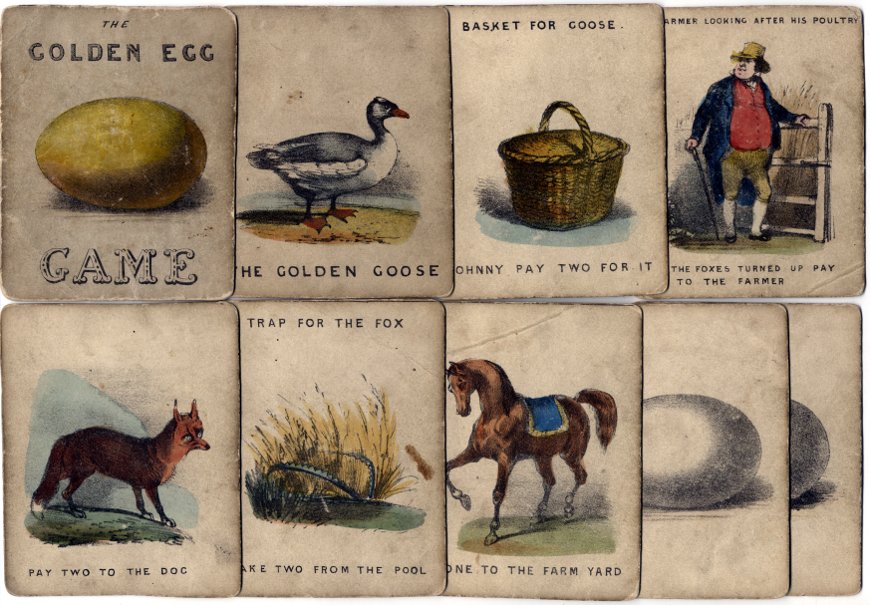 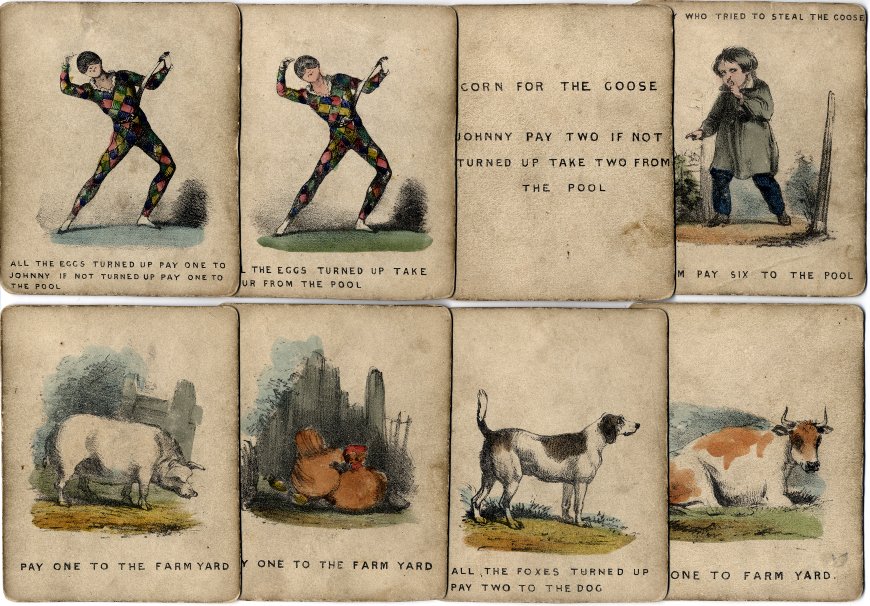 Above: cards from ‘The Golden Egg’ Card Game, depicting a farmyard, anonymous manufacturer, c.1860. The size of the cards is 80 x 112 mms and the backs are plain, uncoloured.