Aune Forlag markets photographic postcards, tourist publications and souvenirs for the Norwegian market, including several varieties of Troll Playing Cards. This set depicts benign images of trolls, which in Scandinavian folklore are supernatural beings who dwell in isolated places, not generally friendly to humans. Someone who dares to express their feelings at the wrong time and place. Trolls show up in The Hobbit: An Unexpected Journey, the Harry Potter series, Game of Thrones, and the Shannara Chronicles. In popular jargon a troll is someone who intentionally annoys people, especially on the Internet; these cards correspond to the first definition. See the Box► 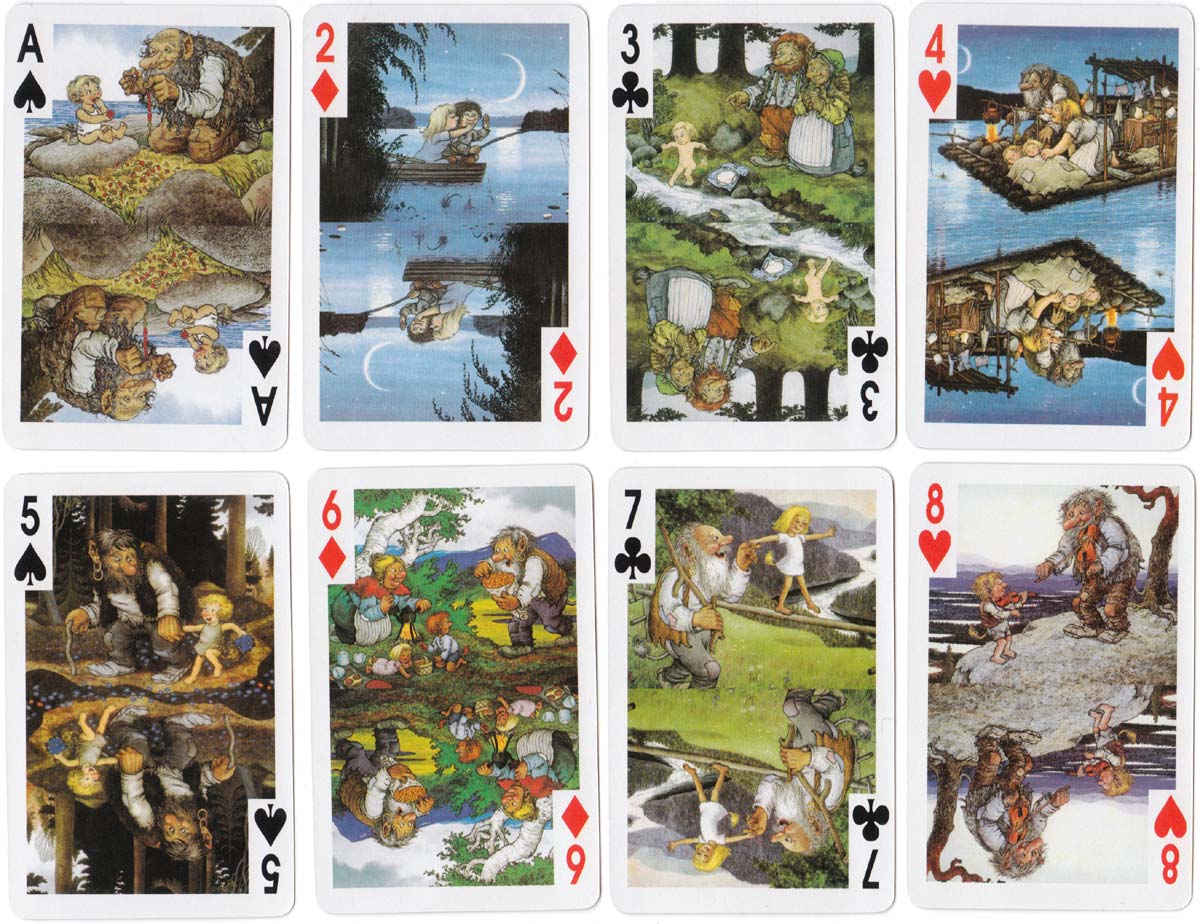 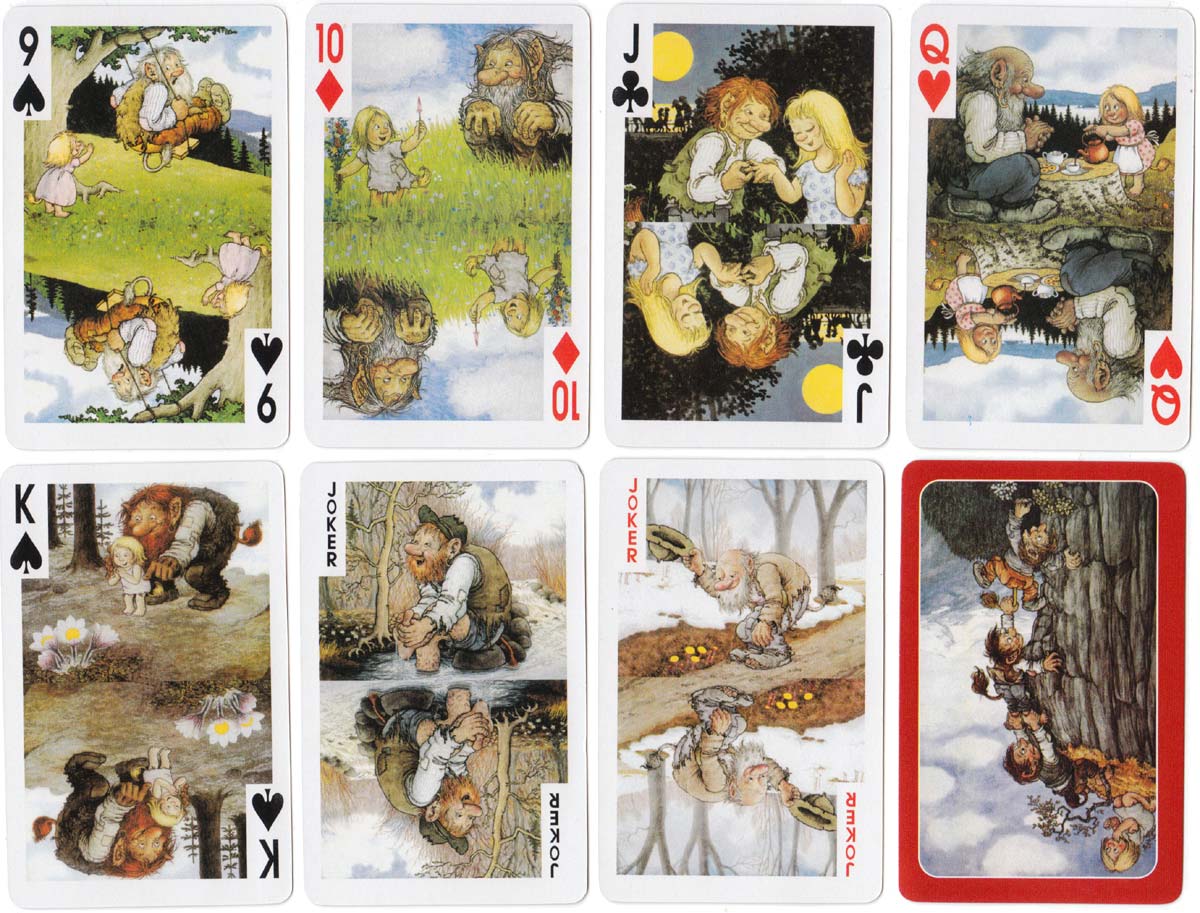 Above: Troll Playing Cards published by Aune Forlag of Trondheim.