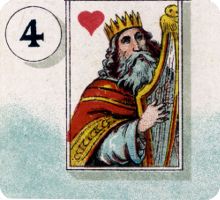 By a Famous Parisian Diviner...

Between c.1873 and 1933 Dondorf printed and published fortune telling decks in the style of Madame Lenormand. Dondorf also printed Lenormand fortune-telling cards for Carreras during the 1920s. To see a study of the different editions of Lenormand cards click here. 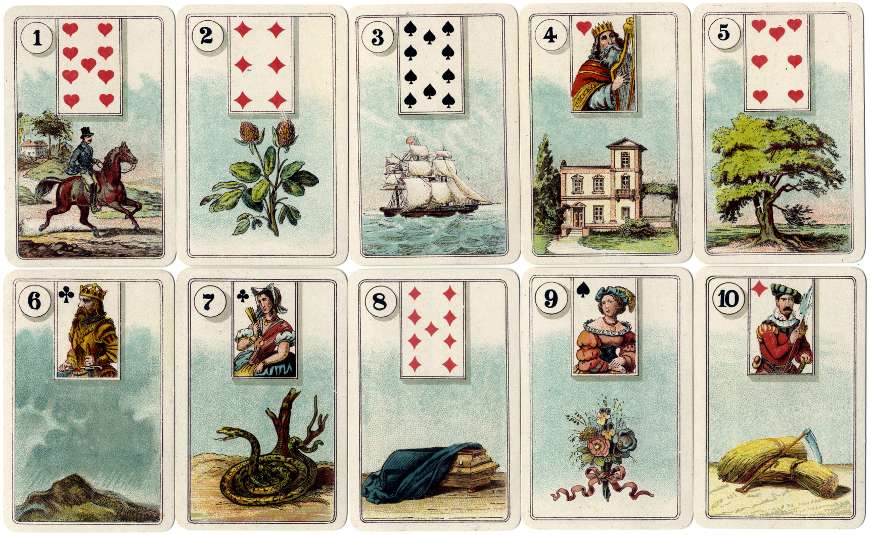 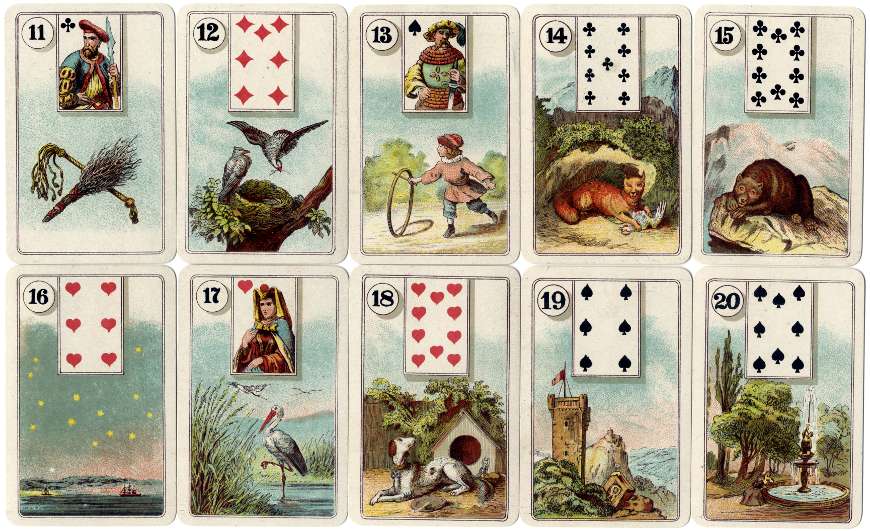 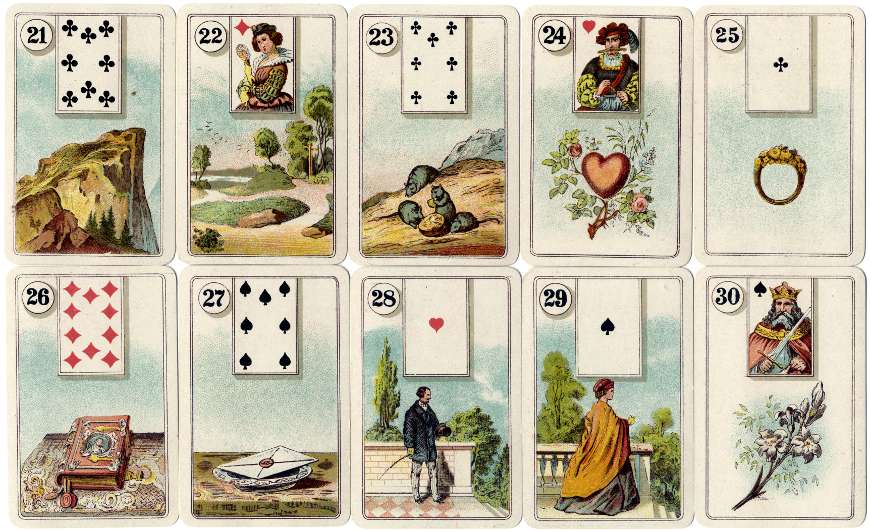 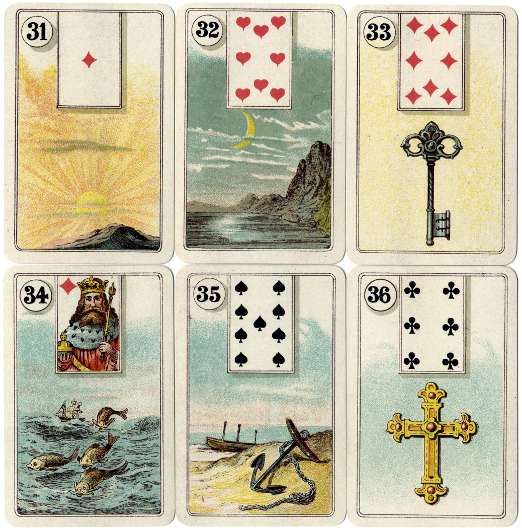 Above & Left: ‘Cartes Lenormand’ published by H.P. Gibson & Sons Ltd, 1920s. The cards were printed in Germany by B. Dondorf. 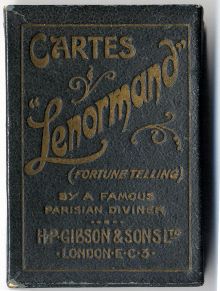 Above: the back of the cards is the standard Dondorf back design, without any manufacturer's details overprinted. The booklet accompanying the pack states: The Art of Telling Fortunes "Lenormand" as professed by the celebrated Parisian Diviner Sylvia d'Arville - H.P. Gibson & Sons Ltd., London E.C.3. and then goes on to explain that Mlle Sylvia d'Arville is a most celebrated fortune-teller whose grand-mother predicted Napoleon, his greatness and his victories, and his subsequent fall and ruin.

Note: Mary Greer has shown that the earliest forerunner of the Lenormand cards is a 1796 book in English. See her blog: Mary K. Greer's Tarot Blog→