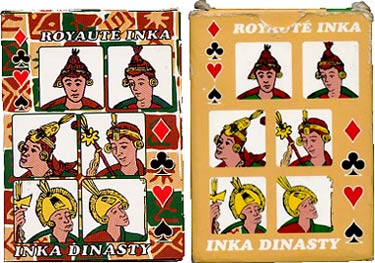 nca history and art features on several Peruvian souvenir packs. In this example, 'Inka-Dynasty' playing cards are based on historic 16th century designs by the Peruvian chronicler Felipe Guamán Poma de Ayala, and printed by Power Casinos, Lima, Peru, c.2004. There has been more than one edition of the pack, and different boxes and colour schemes can be found.  See also: Calendario Inka playing cards.

The Inca dynasty started with Manco Capac, who is shown on the ace of hearts. According to legend, Manco Capac emerged from lake Titicaca in the XII century. The Inca empire flourished under a succession of rulers (shown on the cards) until Pizarro arrived in 1532. 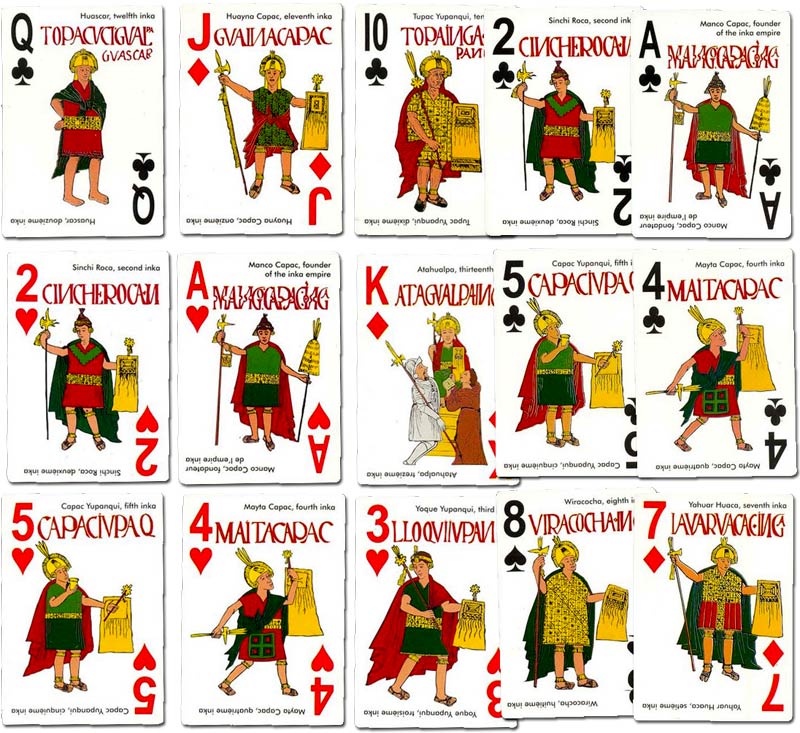