Having started in 1790 as Hunt, the company became Hunt & Sons in 1820. Hunt and Hall & Bancks joined forces in 1840, but kept separate aces and courts until the change to Bancks Brothers in 1849. 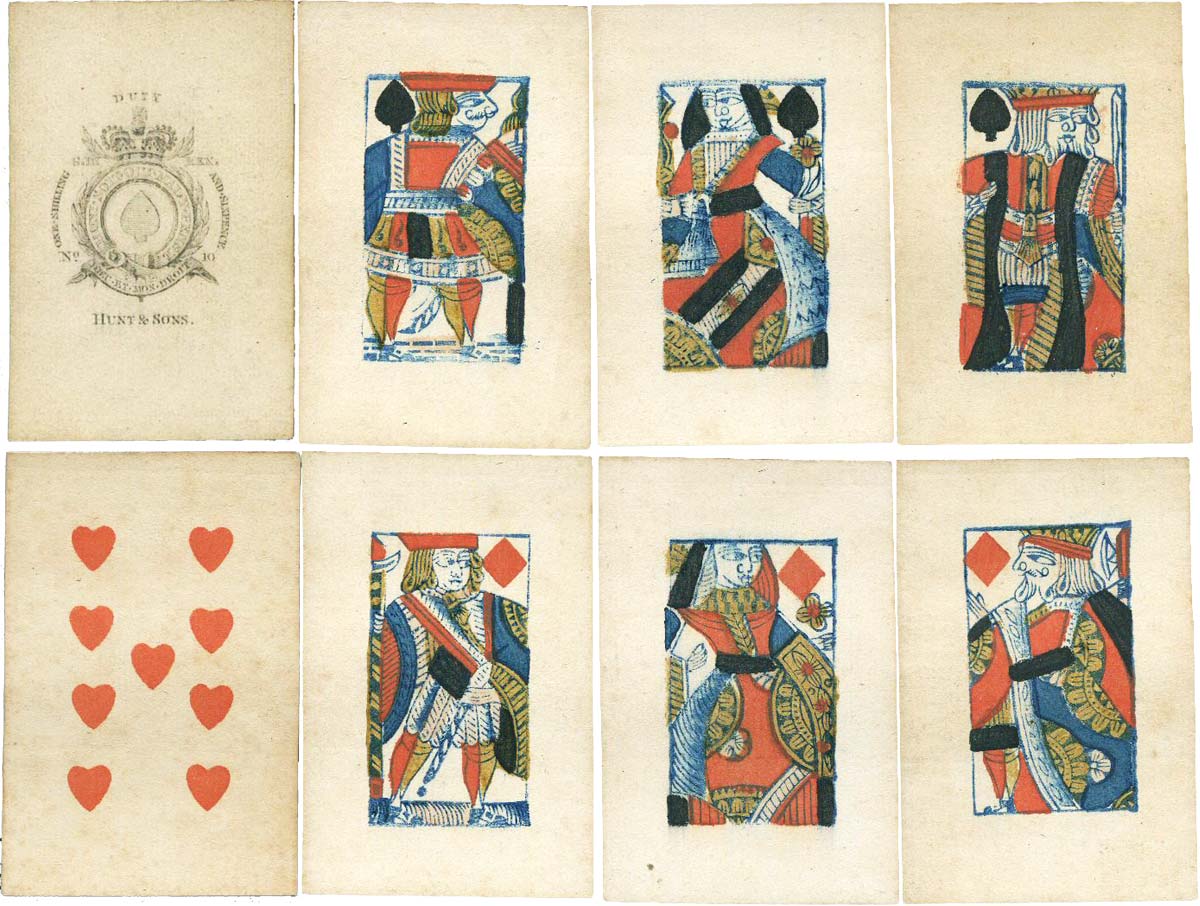 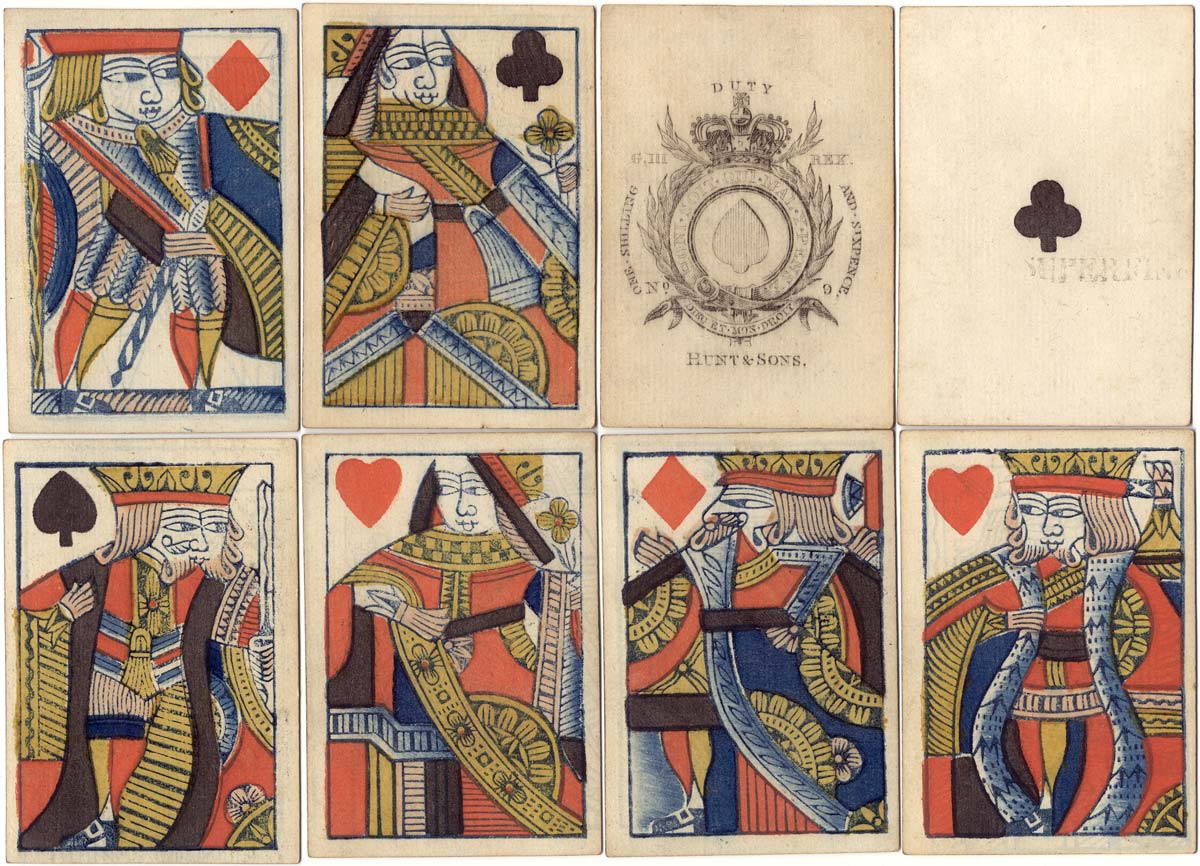 Hunt & Sons (1821-1840) was the first maker to 'modernise' the court card designs with a complete re-drawing which were printed mechanically by stereotype (below). These also became the house style of their successors Bancks Brothers► 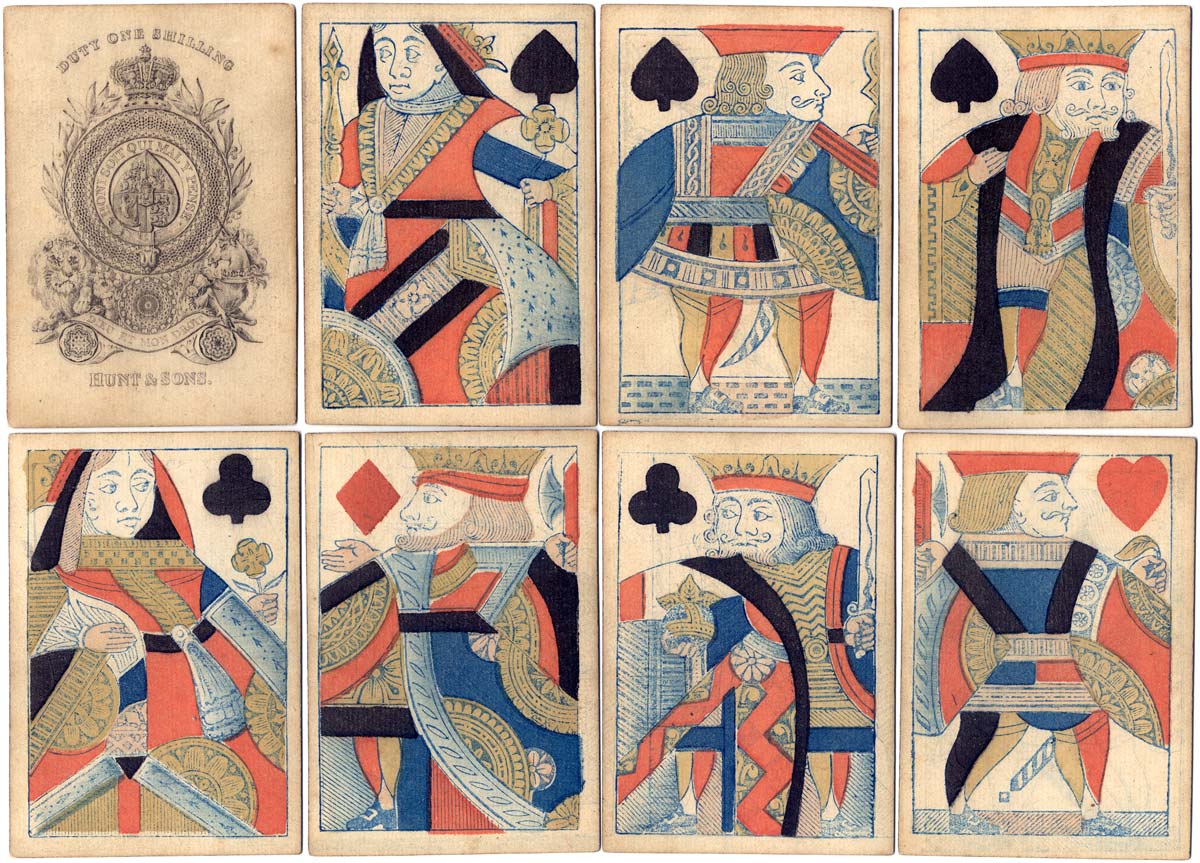 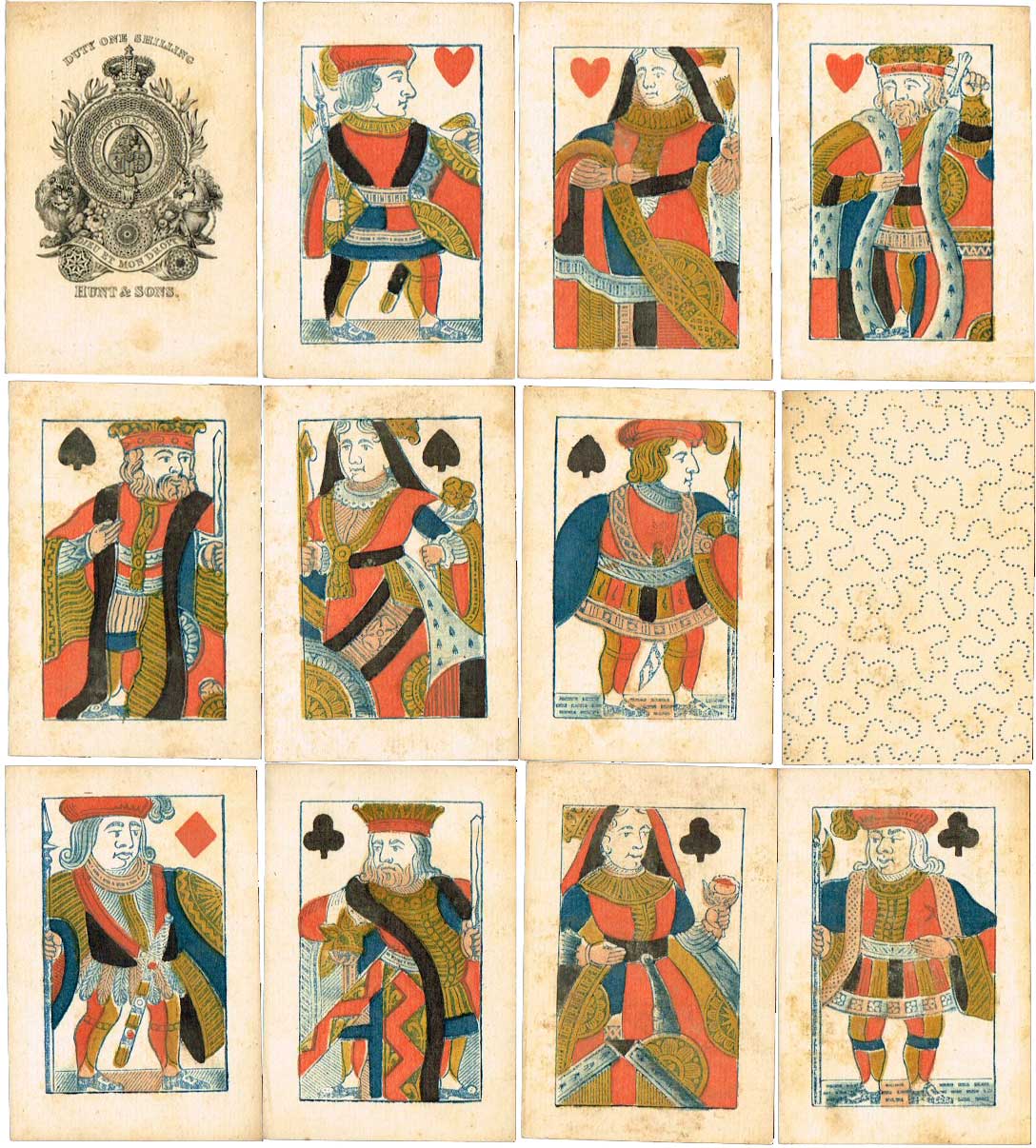