“Four Feather Falls Snap” No 6587 by Tower Press, c.1960. After the success of “Torchy the Battery Boy” in 1959, the first TV puppet series made by Gerry Anderson, came “Four Feather Falls” in 1960. Big improvements were made in the filming techniques for this new series and it went on to be even more successful than its predecessor. Of course, still to come were the huge hits of this genre, culminating in “Thunderbirds” in 1966. See the Rules► 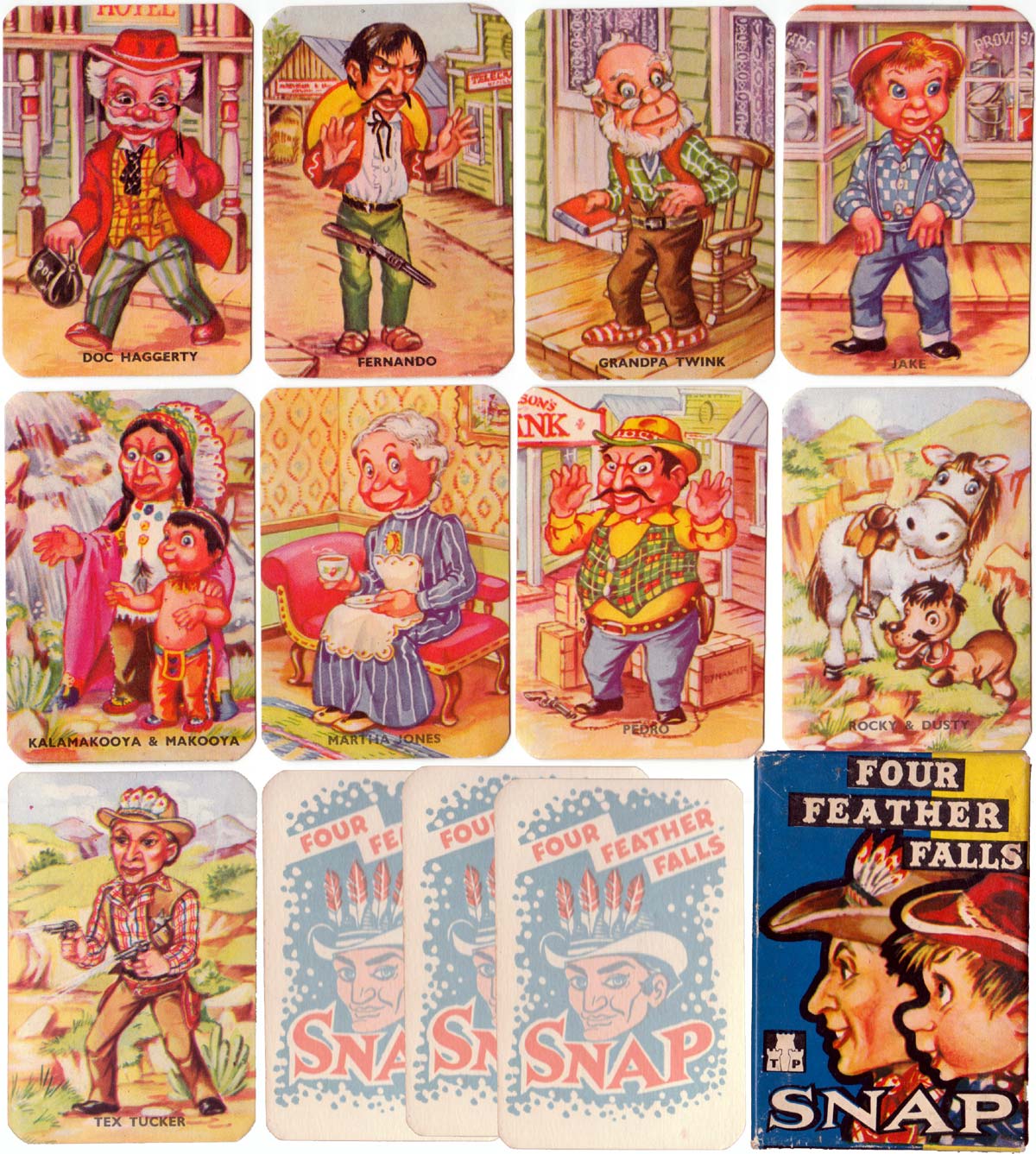 Above: Four Feather Falls by Tower Press, c.1960. One of the last Tower Press games before they were taken over by Waddington’s.

Tex Tucker was the sheriff of Four Feather Falls and he had four magic feathers in his hat which had been given to him by an Indian Chief called Kalamakooya for rescuing his son in the first episode and proved very useful during the series. The first feather enabled his dog, Dusty, to speak. The second let his horse, Rocky, speak. The third and fourth controlled the two six-guns which fired themselves in a crisis. Tex’s voice was provided by Nicholas Parsons. There were 39 episodes of the programme shown in 1960 and the card game is contemporary with the programme. Dusty the Dog and the villain Pedro were voiced by Kenneth Connor. Other characters were Ma Jones, the storekeeper, Grandpa Twink and his grandson Little Jake, Doc Holliday and a couple of Sidekicks for the Villain Pedro called Fernando and Bog Bad Ben. Michael Holliday sang the occasional song in the programme and also the opening song “Two Gun Tex”