The Simpsons is an American animated sitcom created by Matt Groening for the Fox Broadcasting Company in the late 1980s. The Simpson family is a satirical portrayal of dysfunctional middle class American lifestyle featuring Homer, Marge, Bart, Lisa and Maggie which has become a huge success on television  more →   The 12 court cards in these playing cards published by Winning Moves depict characters from the show in double-ended format, whilst the number cards have grey and white outline drawings on each card. Winning moves released a subsequent edition of The Simpsons playing cards, carrying the copyright date 2006, in which the cards are the same except that they have 4 indices (one in each corner). 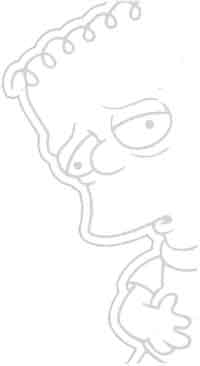 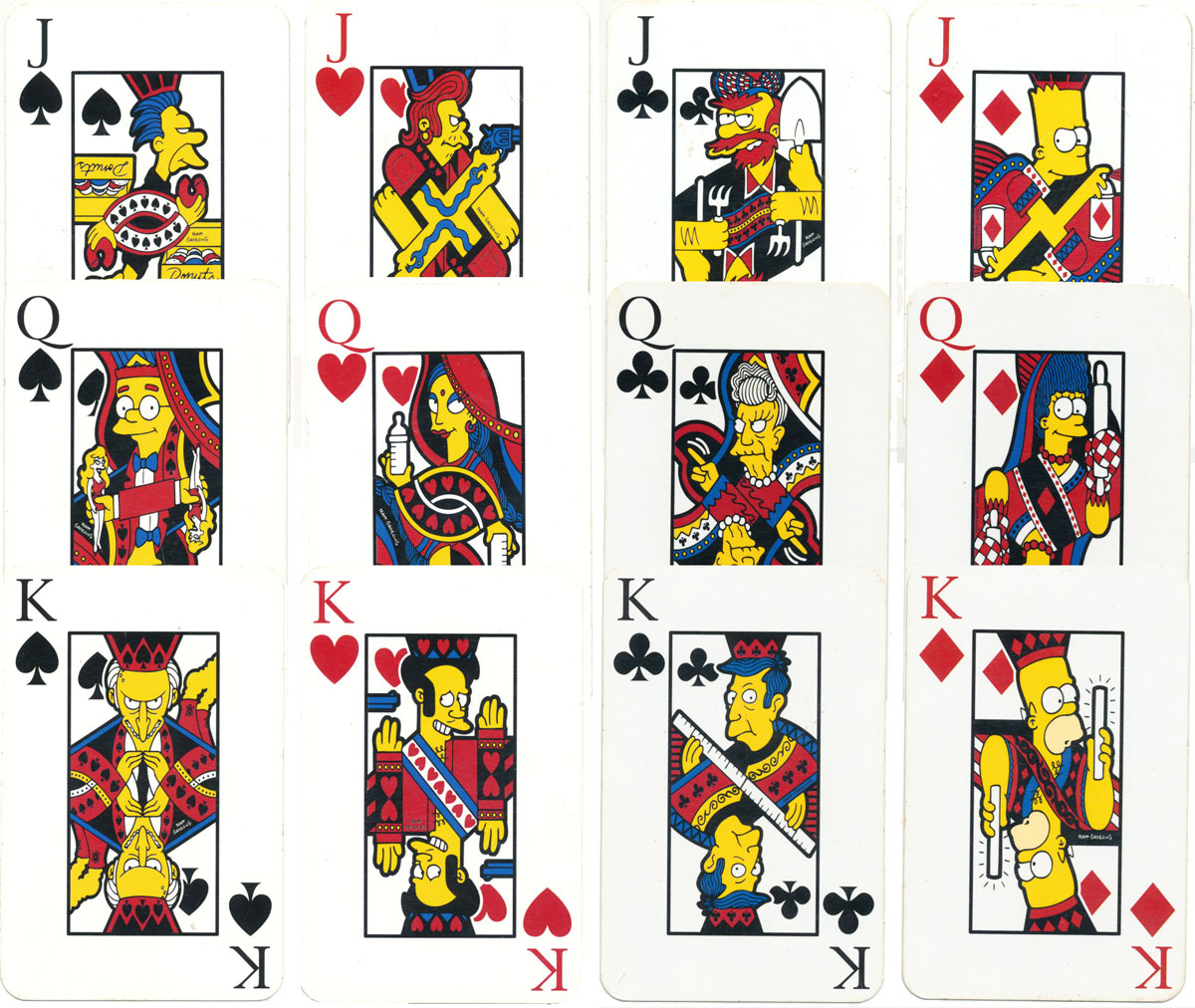 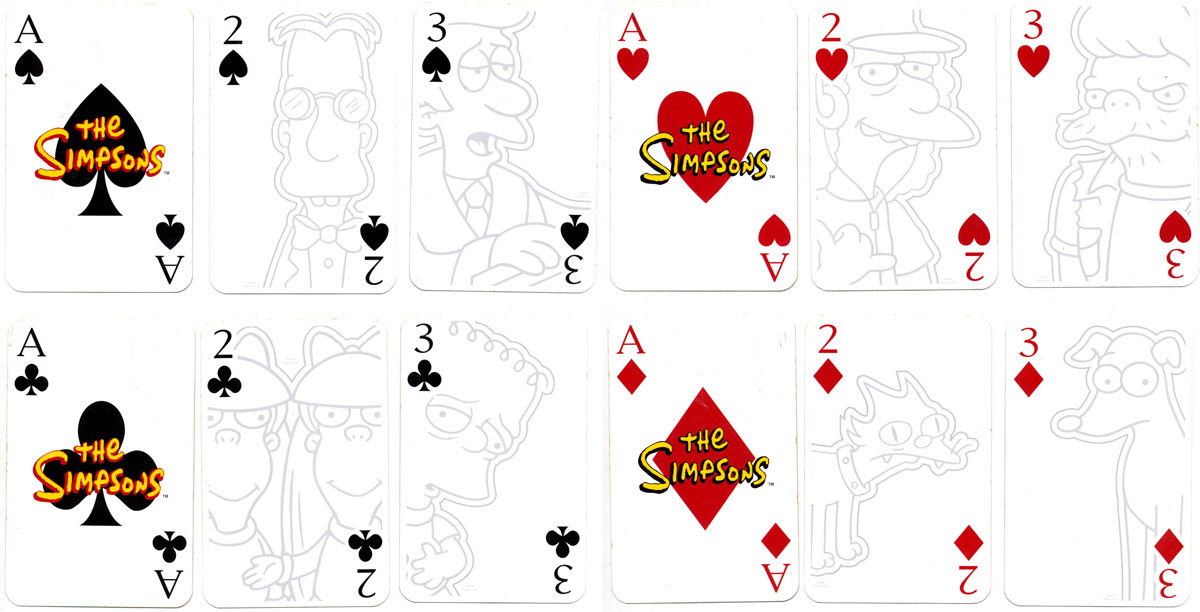