Apaches and Chiricahuas began making their own playing cards from rawhide when paper cards made in Spain or Mexico were not available, such as during periods of hostilities or when trade was stifled. Spanish designs were imitated in traditional Apache style to create a unique folk-art genre that to Western eyes may appear somewhat bizarre. It is not known when the Apaches first started making their own cards, but the earliest surviving packs date from the 1860s after they were collected by U.S. military officers or obtained from Apache scouts or prisoners. 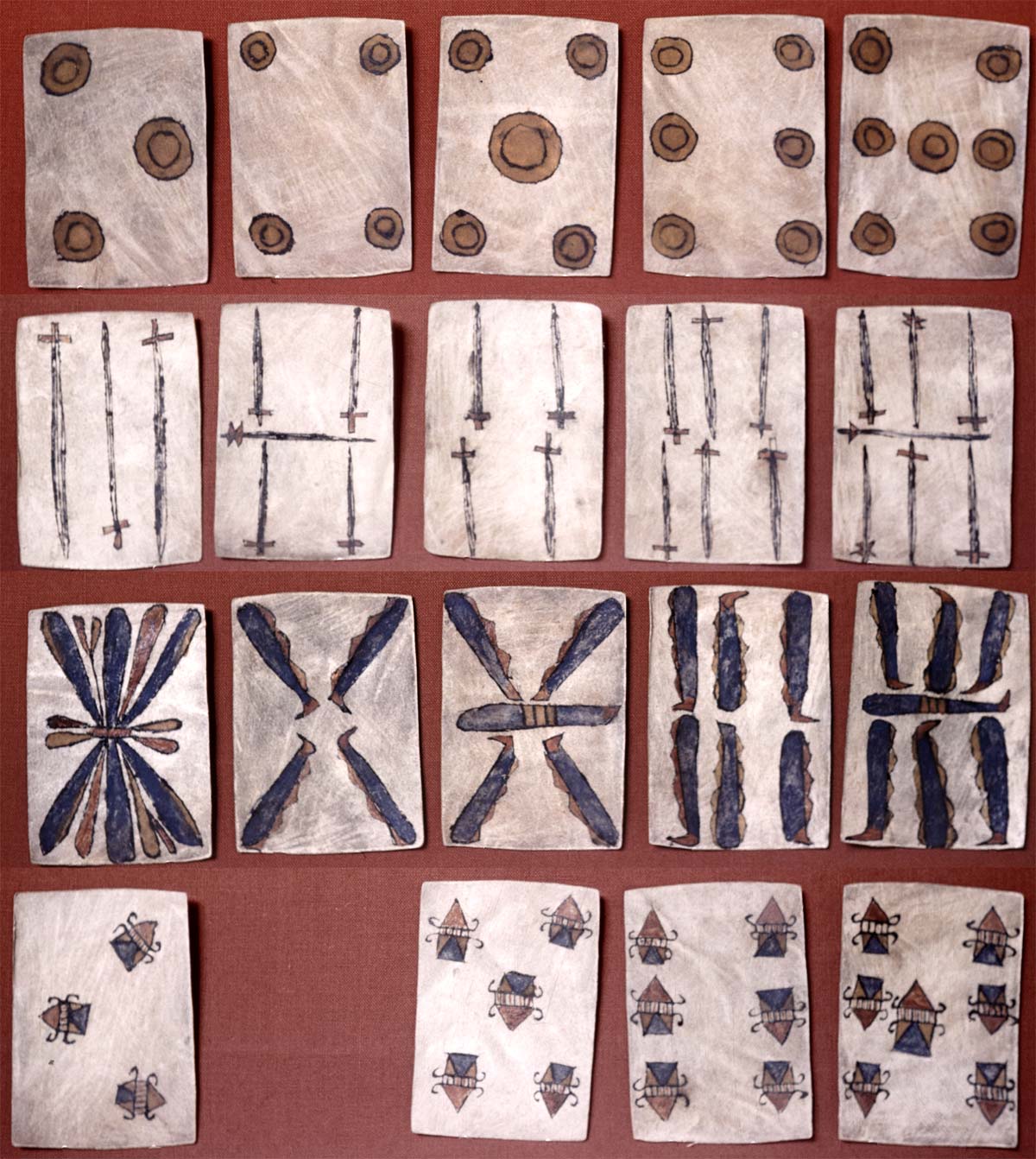 Above: Apache rawhide playing cards attributed to the ‘Tonto Naipero’, c.1871. 40 cards. ‘Tonto Naipero’ is the assumed author of several rawhide packs displaying stylistic similarities and attributes of which this is one example. Images courtesy of the Department of Anthropology, National Museum of Natural History, Smithsonian Institution, Washington, D.C. [Cat. no. 11079]. Photographs by Harold Wayland.

It is believed that some Apaches, perhaps prompted by sales of packs that had been made for their own use, began to make rawhide cards specifically to sell to travellers or anthropologists.