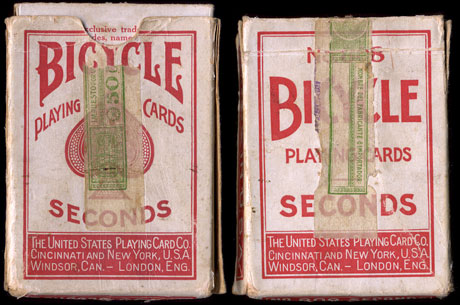 The deck was exported to Argentina and a 50 Centavos green tax band can be seen affixed around the box. The tax band relates to Law No. 11.252 which was in force between 1924-1943. 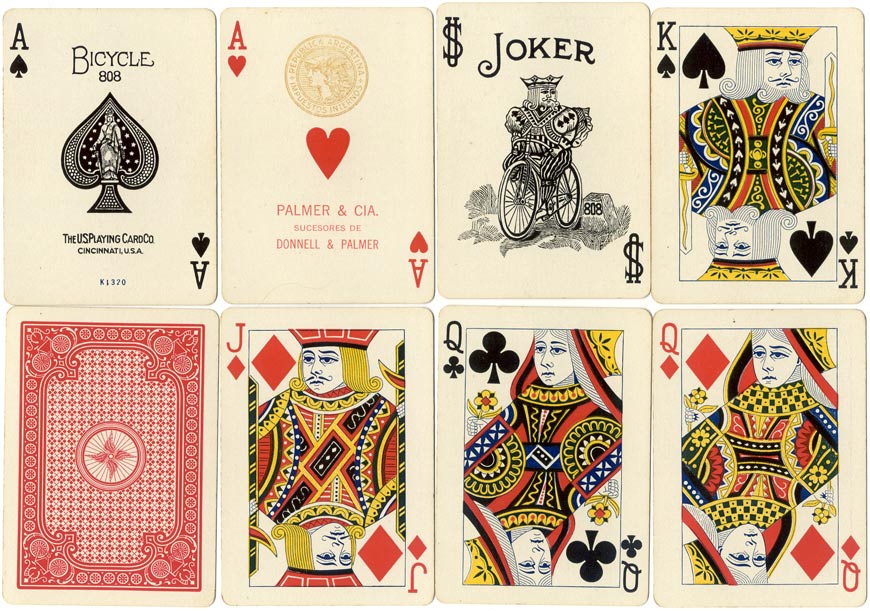 Above: the last type of standard Bicycle Ace of Spades, which is still in use today, albeit with minor modifications. The ace of hearts shows the brown importation tax stamp and the name of the importing agents Palmer & Cia who were successors to Donnell & Palmer, c.1928. 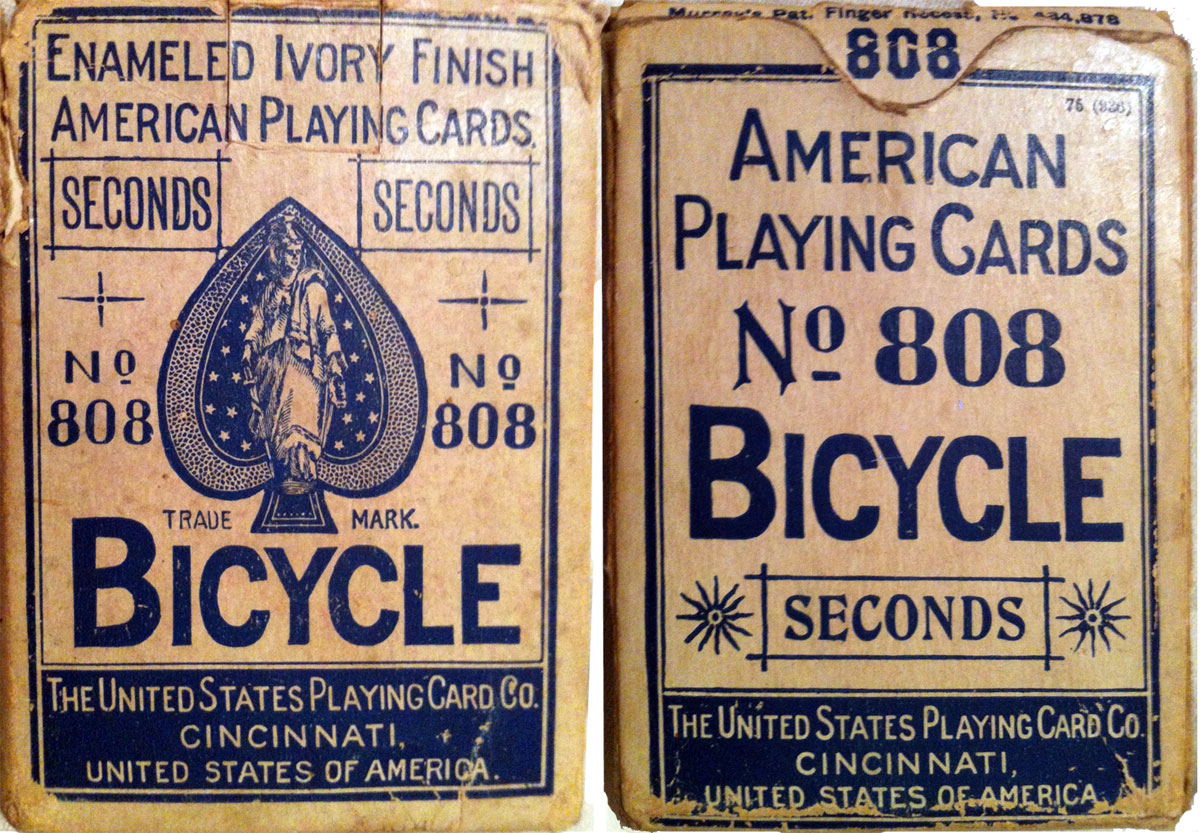