This pack was inspired by the Parks and Recreation TV series, depicting the show's main characters. Visit Andrea's website for more of his artwork and his blog post for more information about this project.

I'm an illustrator and I specialize in portraits and caricatures. My favorite medium is digital painting and my preferred style is painterly and fairly realistic. However I also create illustrations in other styles such as stylized, cartoony and vector avatars.

I watch a lot of TV shows and one day I noticed that Parks and Recreation has exactly 8 male and 4 female characters, making it the perfect subject for a deck of illustrated cards. So this was a personal project devised as a way to practice my illustration skills, do something different from my usual paintings and pay tribute to one of my favorite comedy shows.

The back of the cards features a Parks and Recreation banner as well as a logo made out of three corncobs - a reference to the Harvest festival in Pawnee. The figure cards feature the characters, portrayed as cartoony caricatures. I tried to capture the characters' personalities and quirks. Assigning them to Kings, Jacks and Queens was very easy and the process of creating the likenesses was stressful but fun.

I chose to limit the palette to two colors and a couple of secondary shades to mimic traditional decks. After a bit of fiddling it turned out to work quite well. Additionally, through an arrangement with NBC the cards have been made available to the cast and crew of the show. 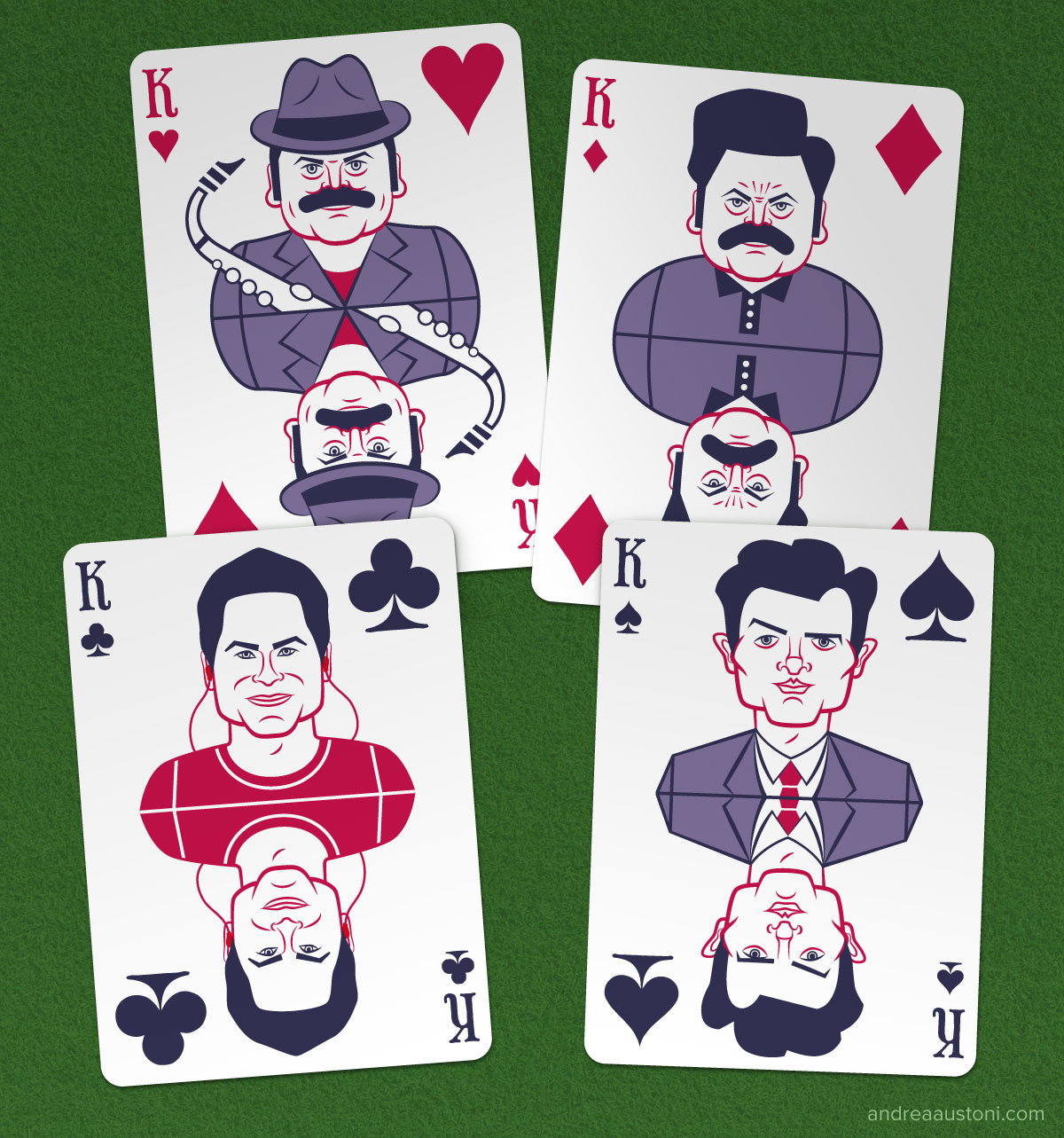 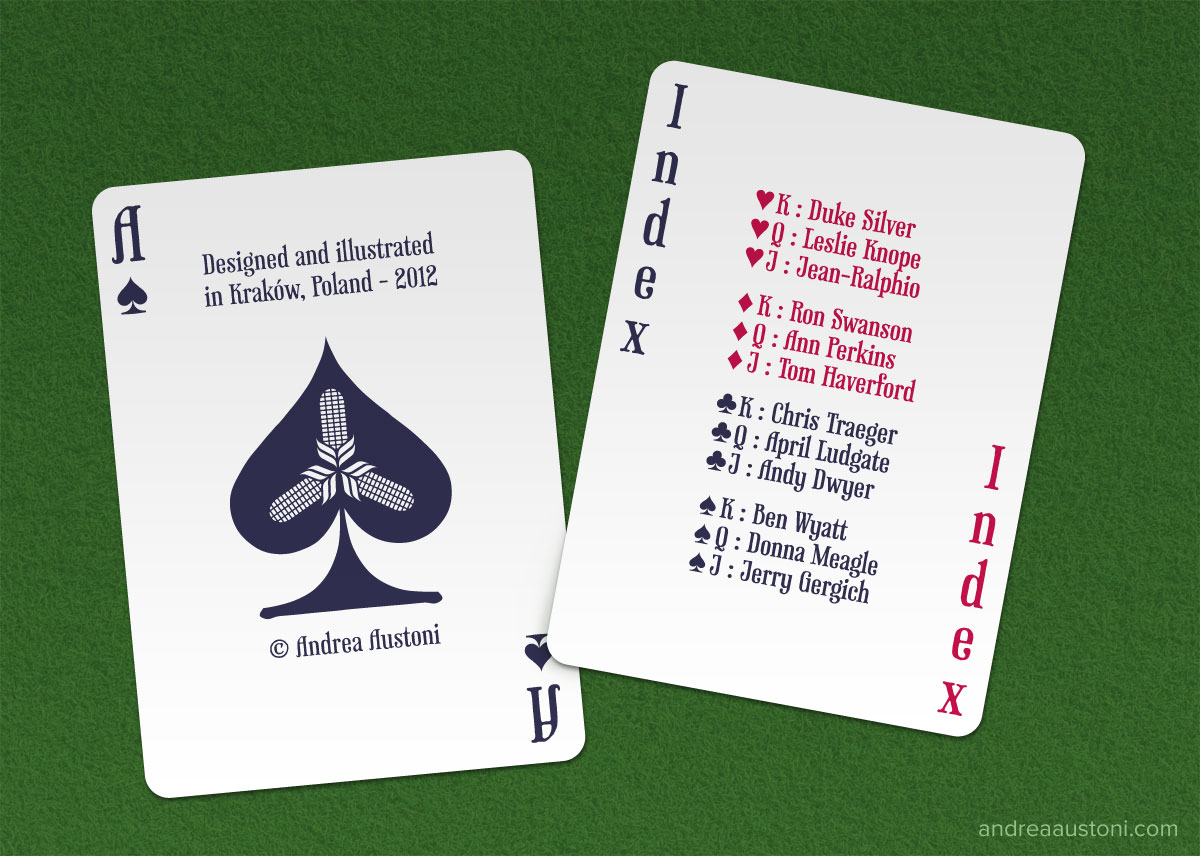 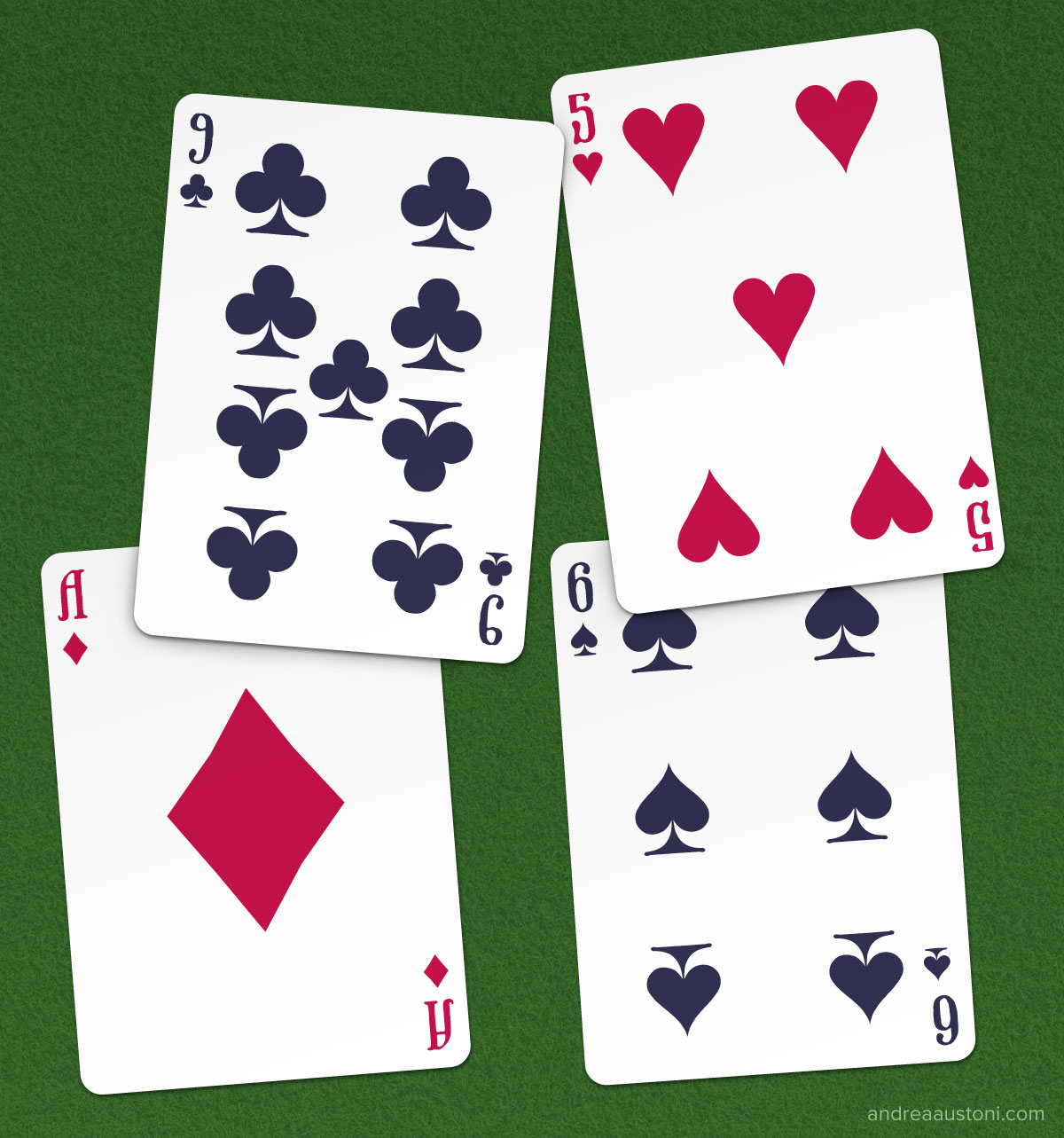 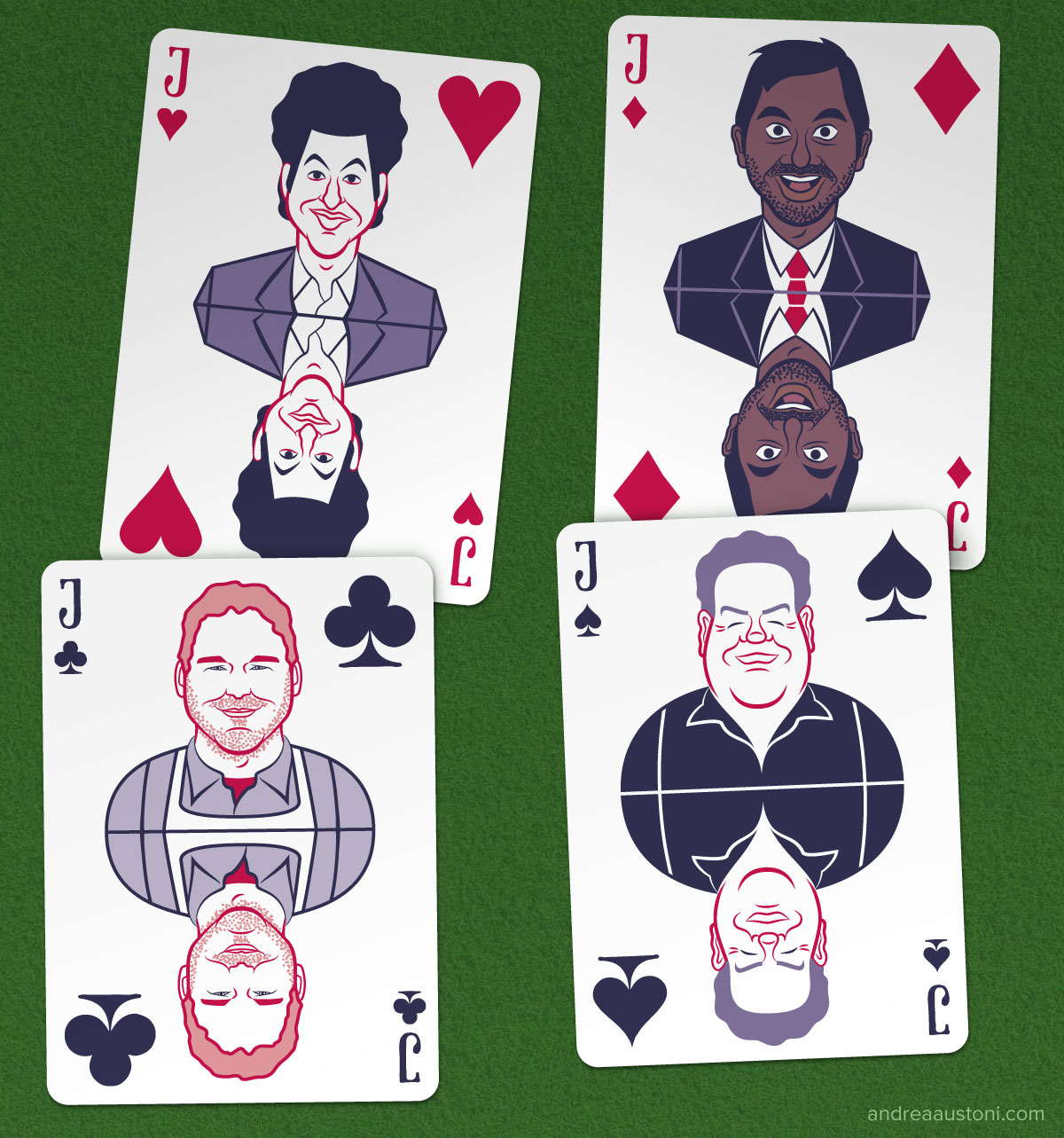 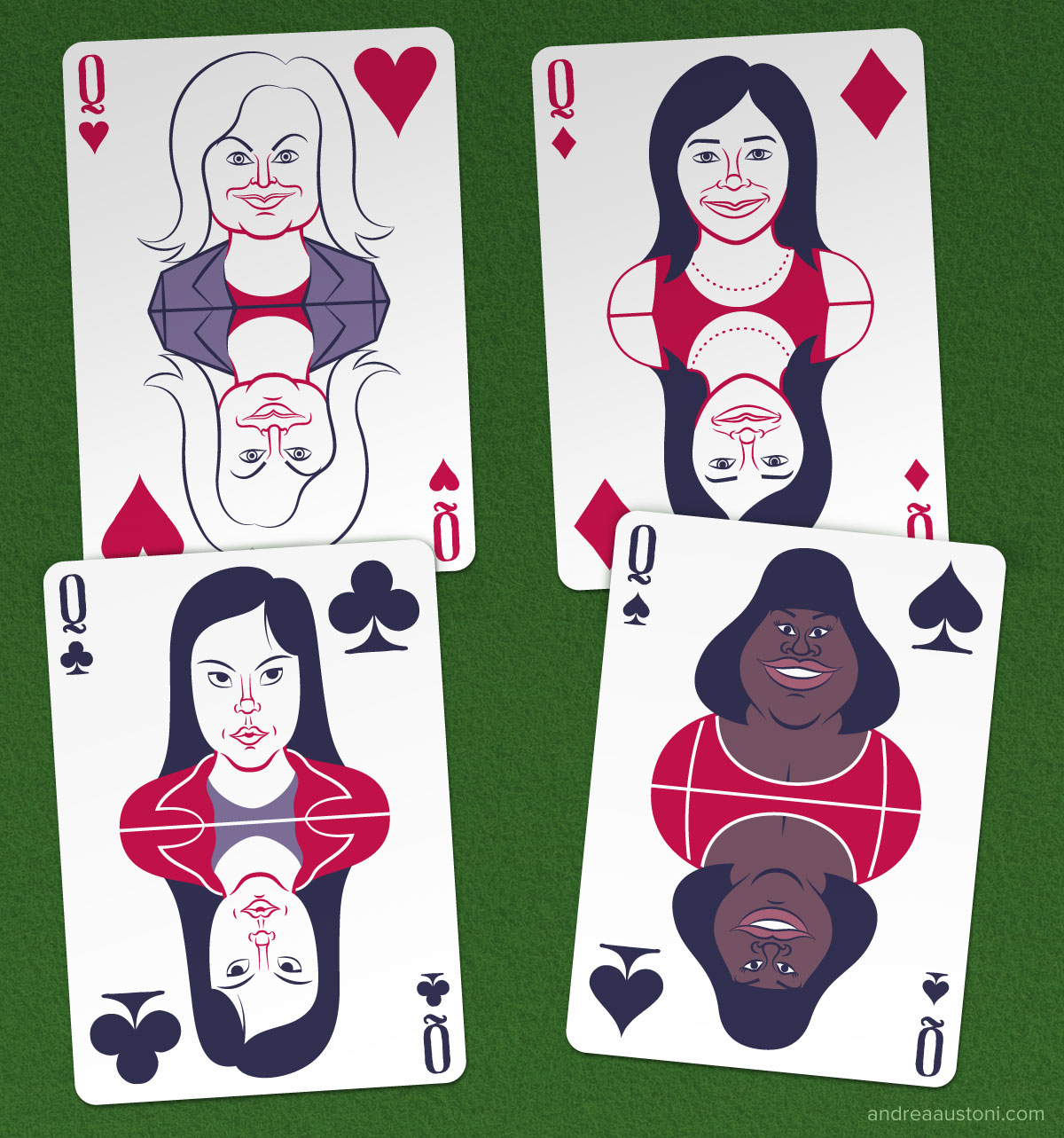 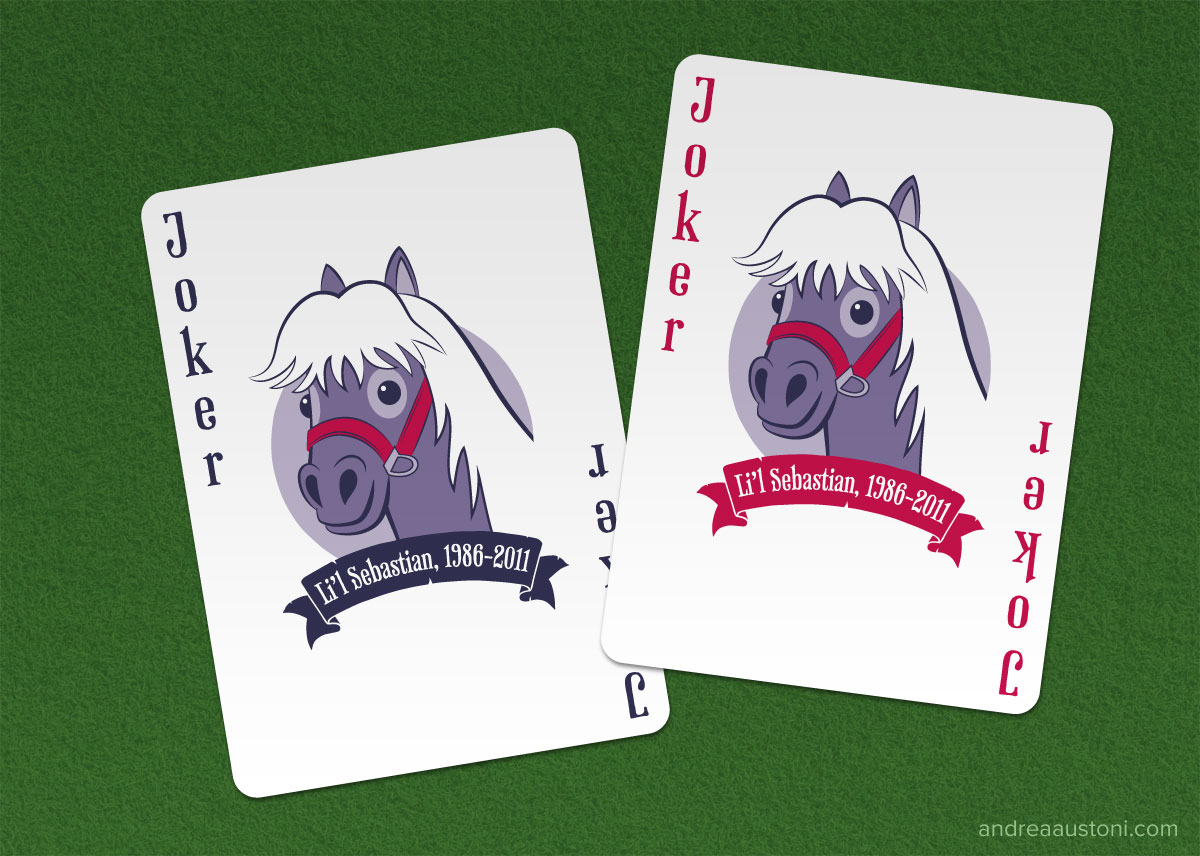 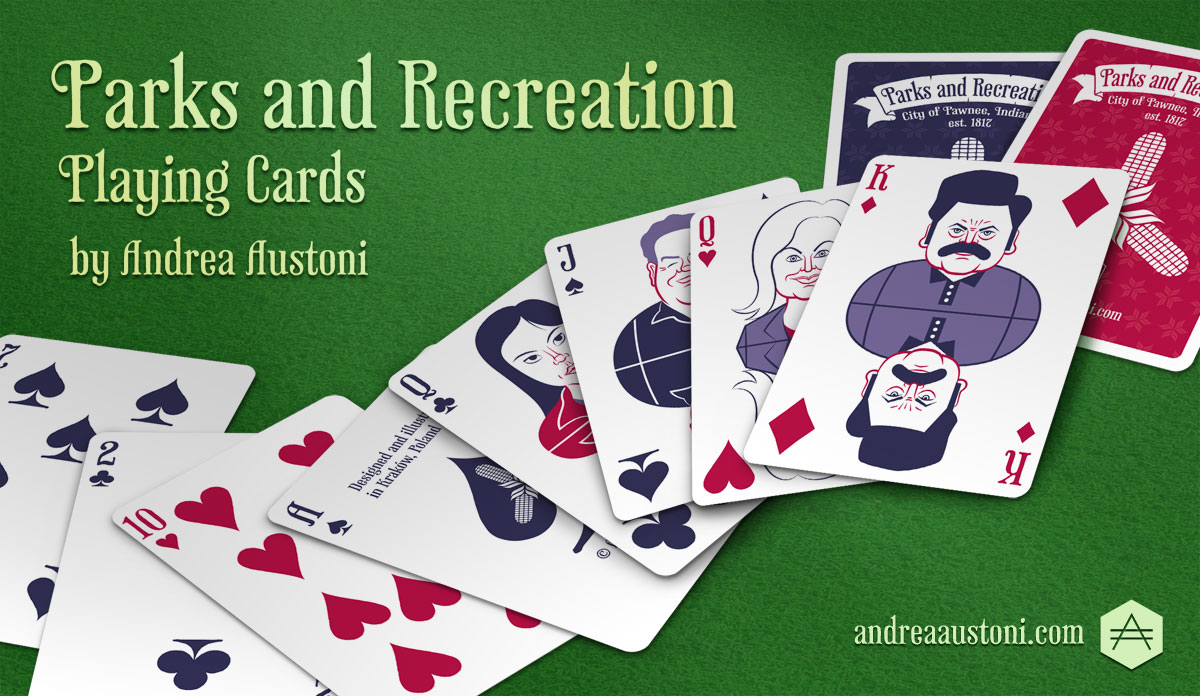