Superb hand-illustrated “Four Point” playing cards by Ben Vierck of San Francisco, California, 2014. The quality of the artist’s creative output is evident in every detail of the design, including the 12 beautiful court cards, typography of the indices and lettering, suit symbol designs, the non-standard arrangement of the pips on the numeral cards and the tuck box. The original drawings were produced in charcoal and ink on heavyweight Crescent cold-press illustration board, measuring 15" x 21" (with rounded corners). The entire deck is a Labour of Love which culminated in a successful Kickstarter campaign in 2014 and is available from the artist’s website► 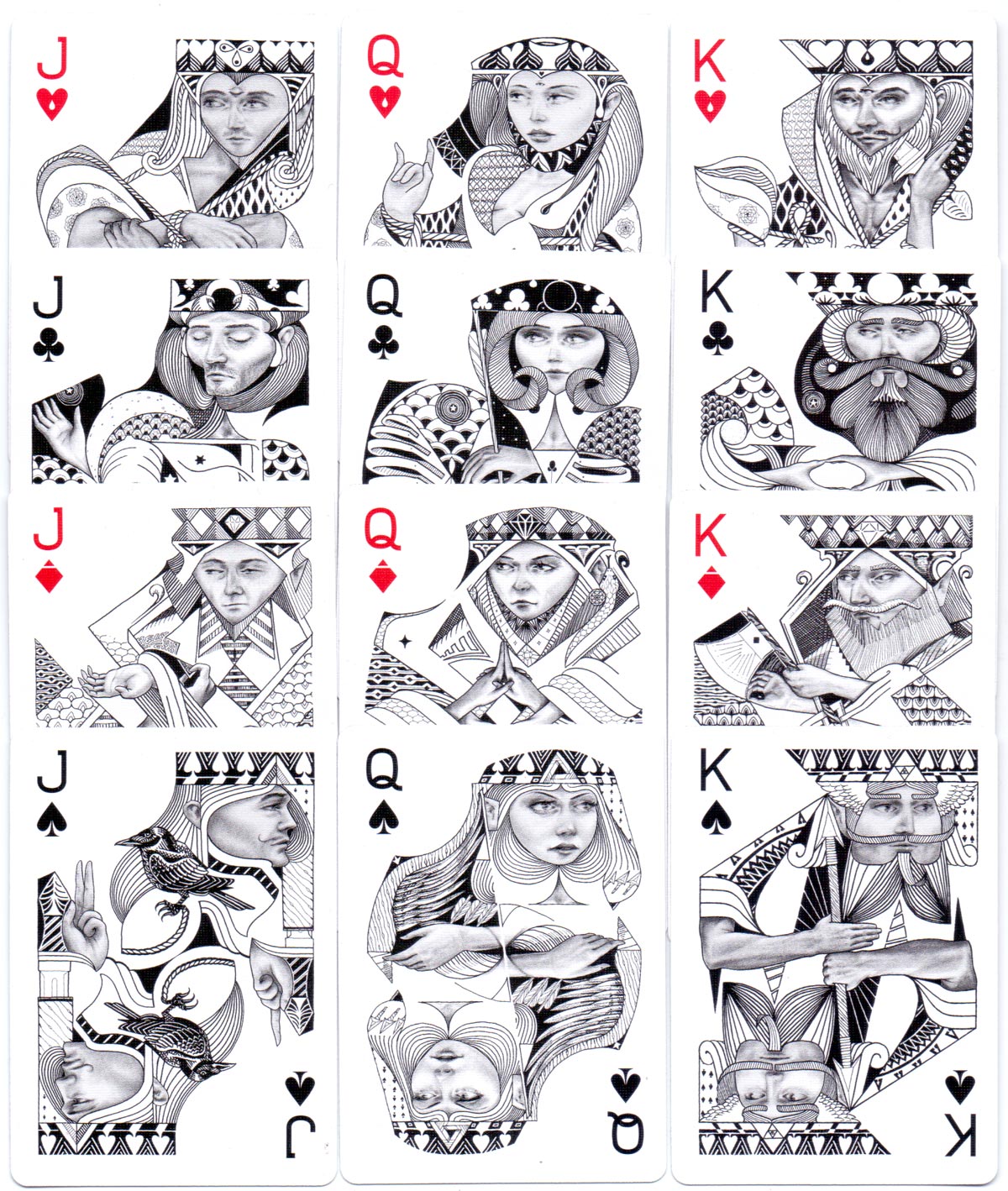 “Inspired by the intricate details of money, the subtle meanings behind ancient symbols, yoga mudras, and the semantic power of graphic design, I sought to create something completely unique. First I wrote a complete backstory, detailing the relationships and symbolism behind each suit and court card. Then I incorporated it all into the imagery, leaving it to be discovered and interpreted by the player. Each card was illustrated by hand in charcoal and ink, and offered as top-tier Kickstarter rewards to help fund the production of the deck.” © Ben Vierck 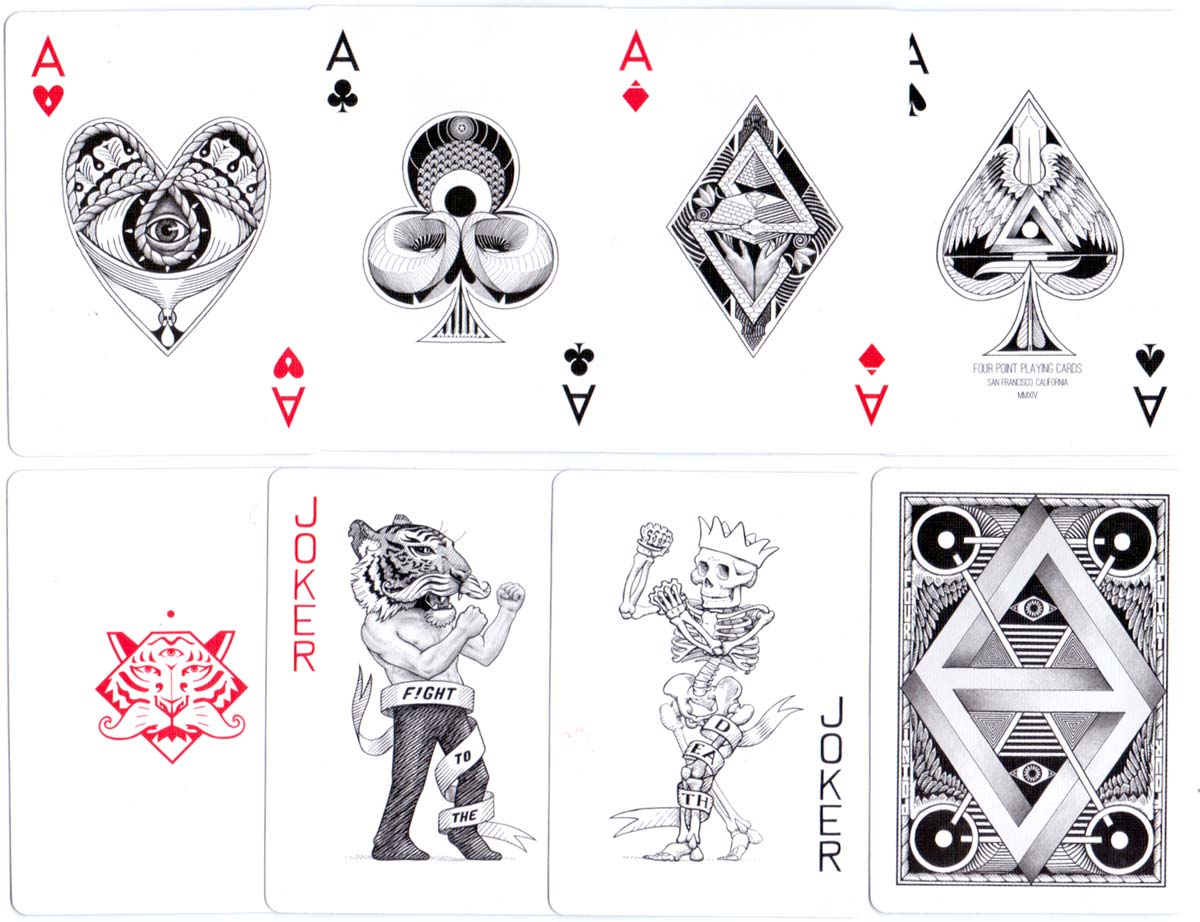 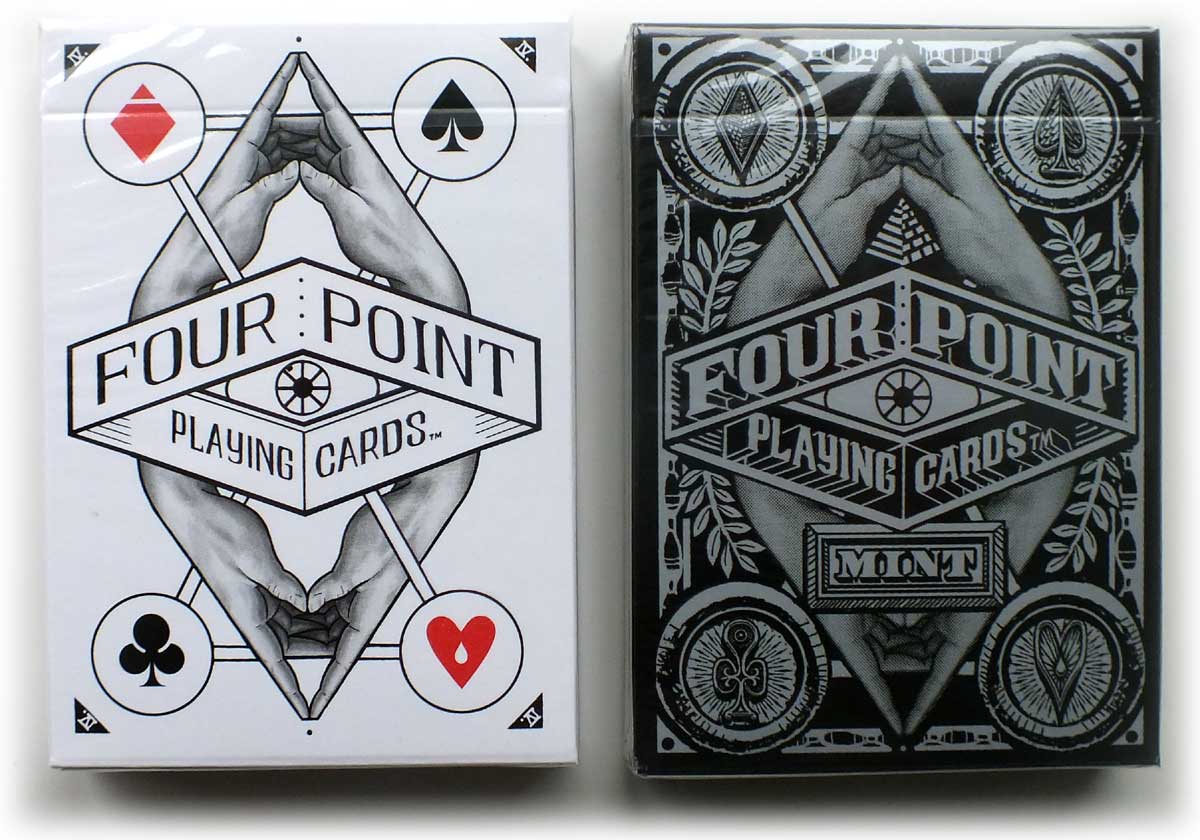 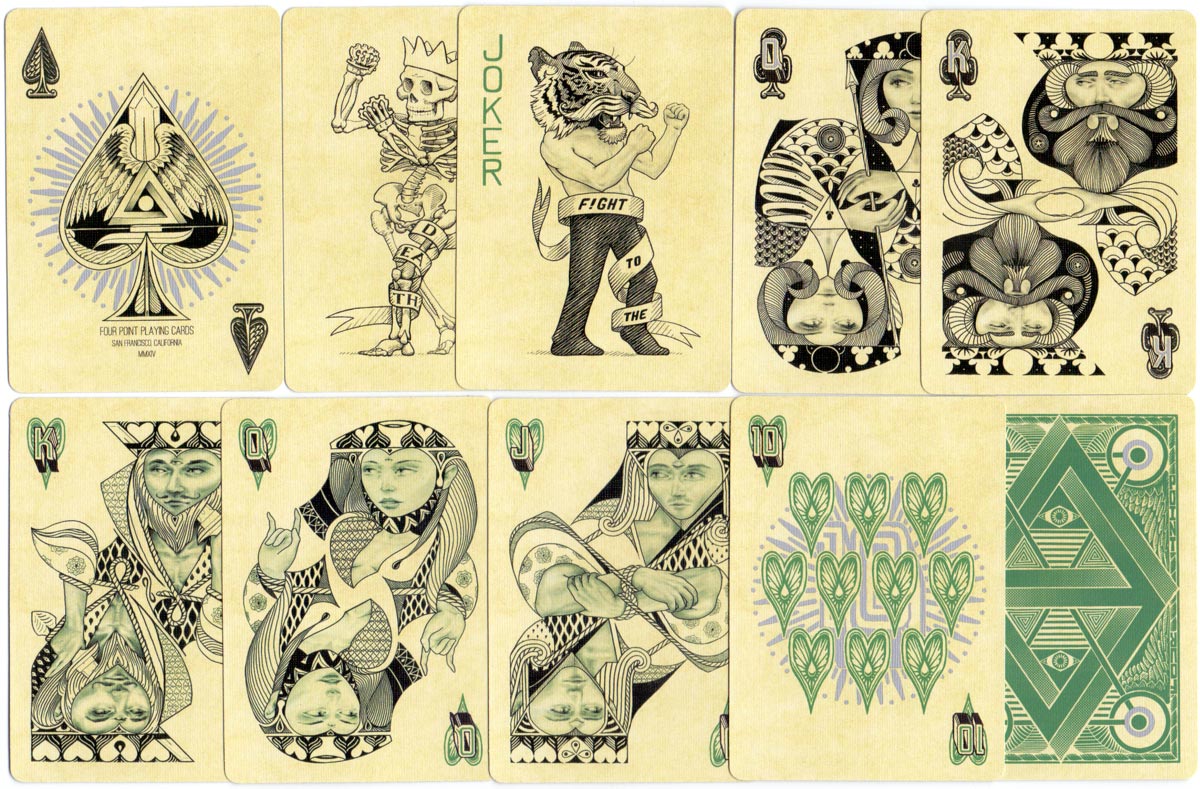