Souvenir playing cards from the Caribbean island of St-Martin (part of the Leeward Islands), published by Editions Exbrayat, printed in China. The captions are bilingual as St-Martin comprises 2 separate countries, divided between its northern French side, called Saint-Martin, and its southern Dutch side, Sint Maarten. Both French and English indices appear on the court cards, reflecting the two languages spoken in the island. See the Box► 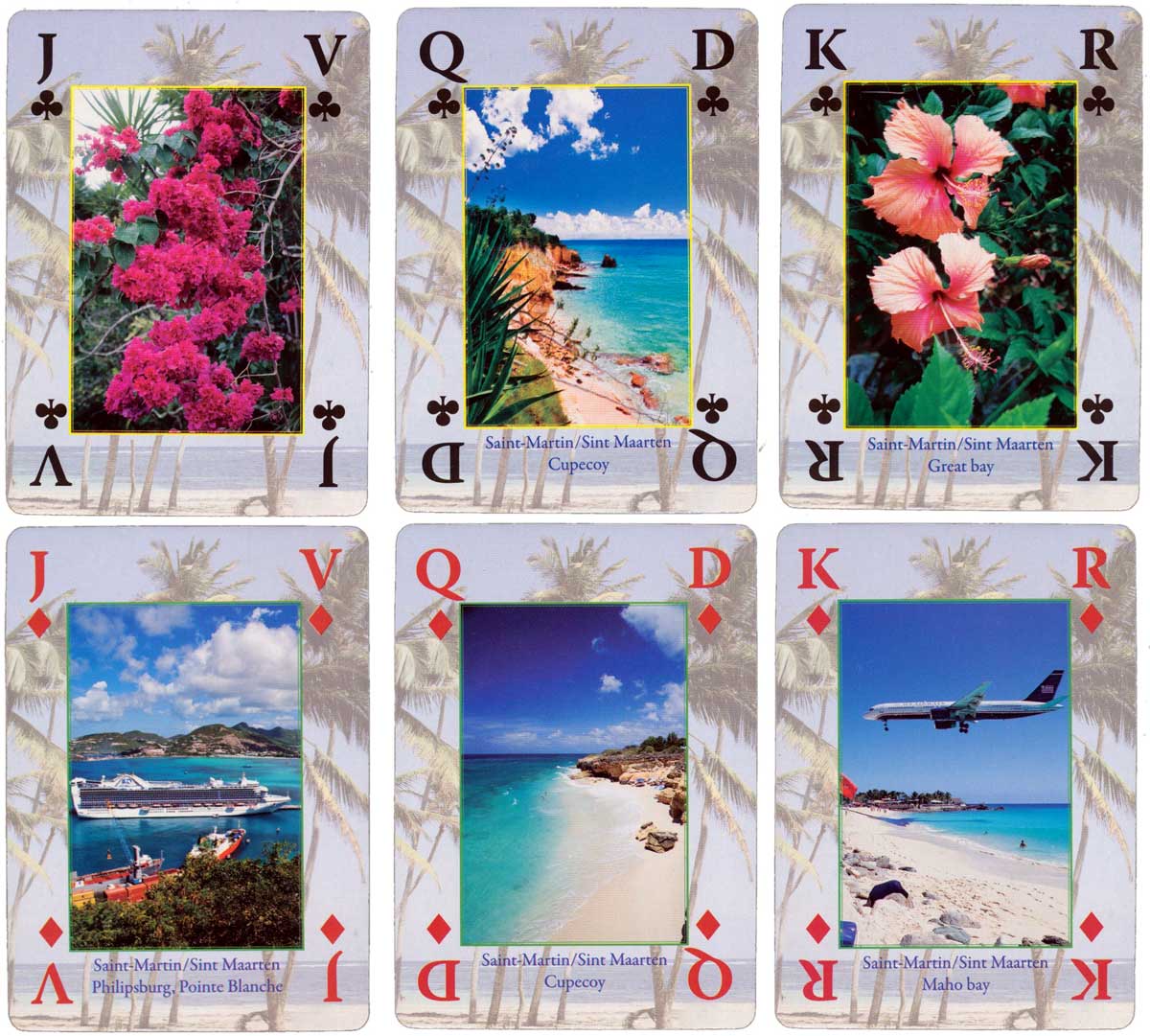 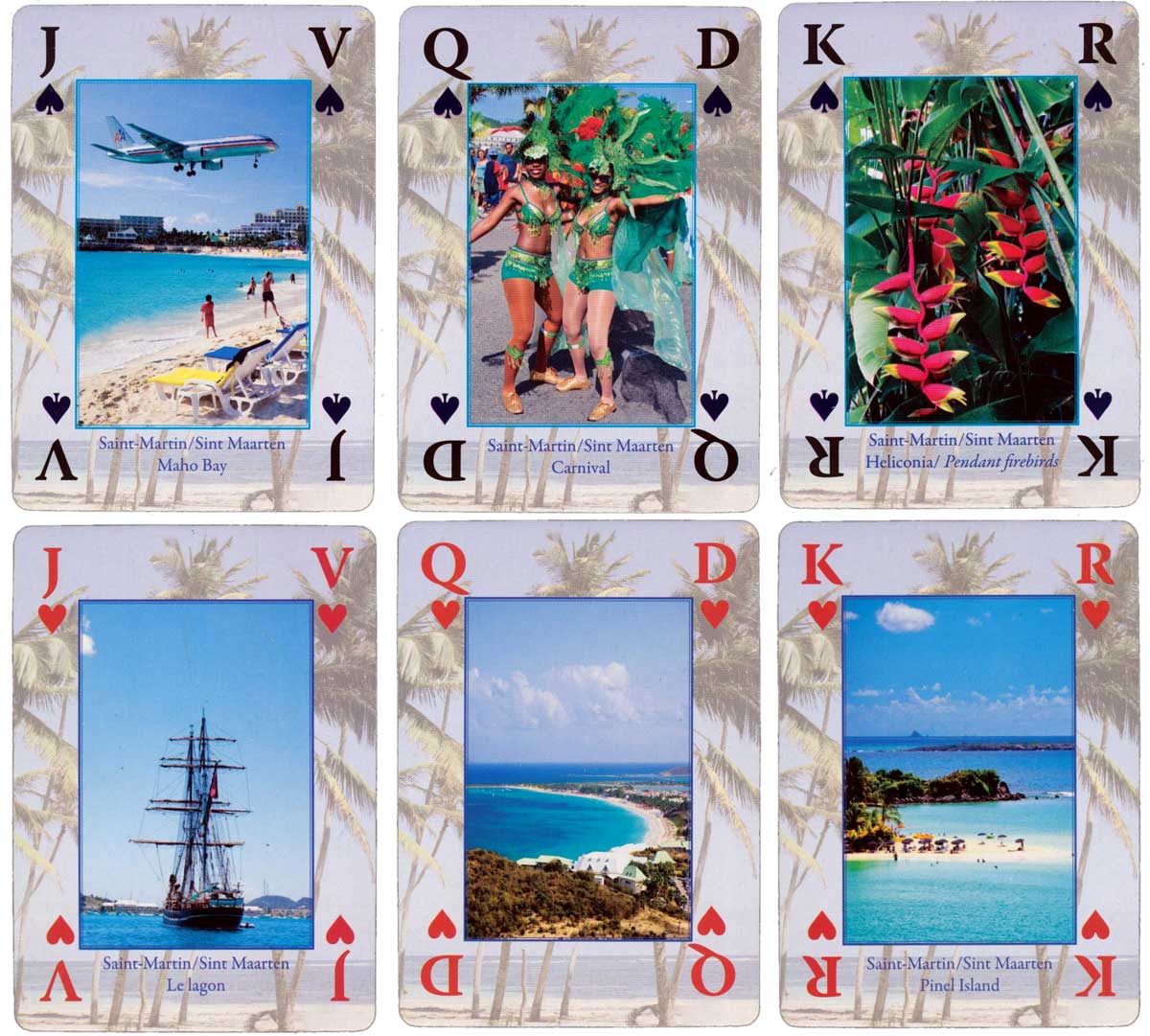 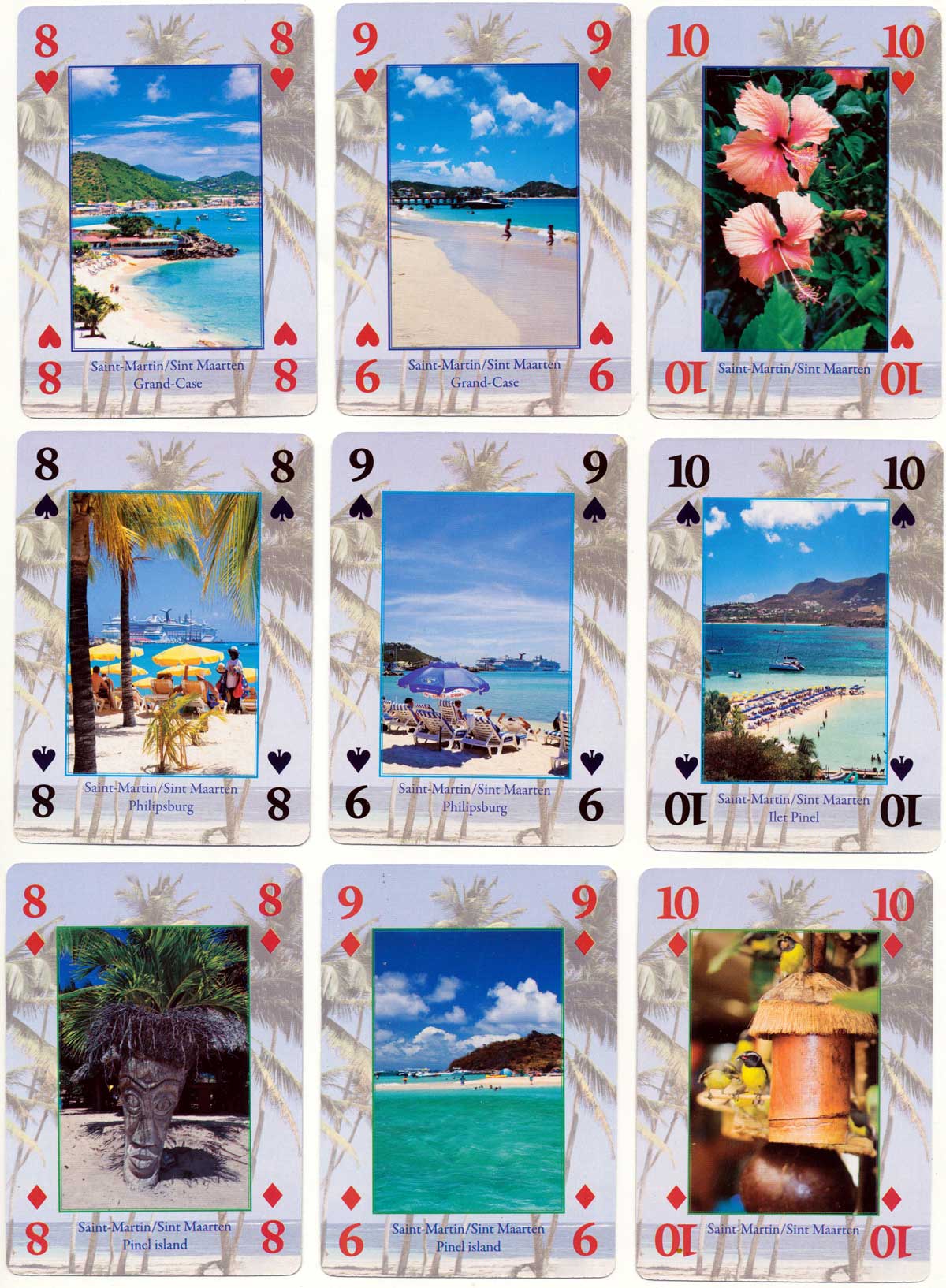 Above: St-Martin Island Souvenir published by Editions Exbrayat. Two small printing errors can be found: the 10 of hearts has no suit indicators on the left side of the card; the queen of hearts and the jack of clubs has no photo caption. Images courtesy Matt Probert.