Armchair Cricket was designed by ex-professional County Cricket player Don Arnold, and is a complex and somewhat comprehensive simulation of test match cricket. The game was first marketed by Norfolk House Enterprises in 1983 and consists of two identical packs of cards of five suits each, eleven cards per suit (total 55 cards per pack, 110 cards per game). The five suits are: Bat; Ball; Wicket; Pads and Keeper’s Gloves. Each card is numbered from 1 through to 11. See an overview► 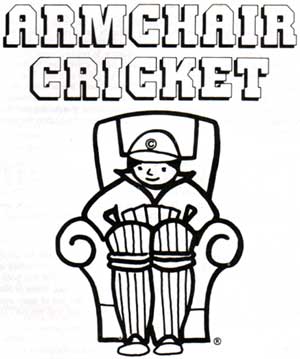 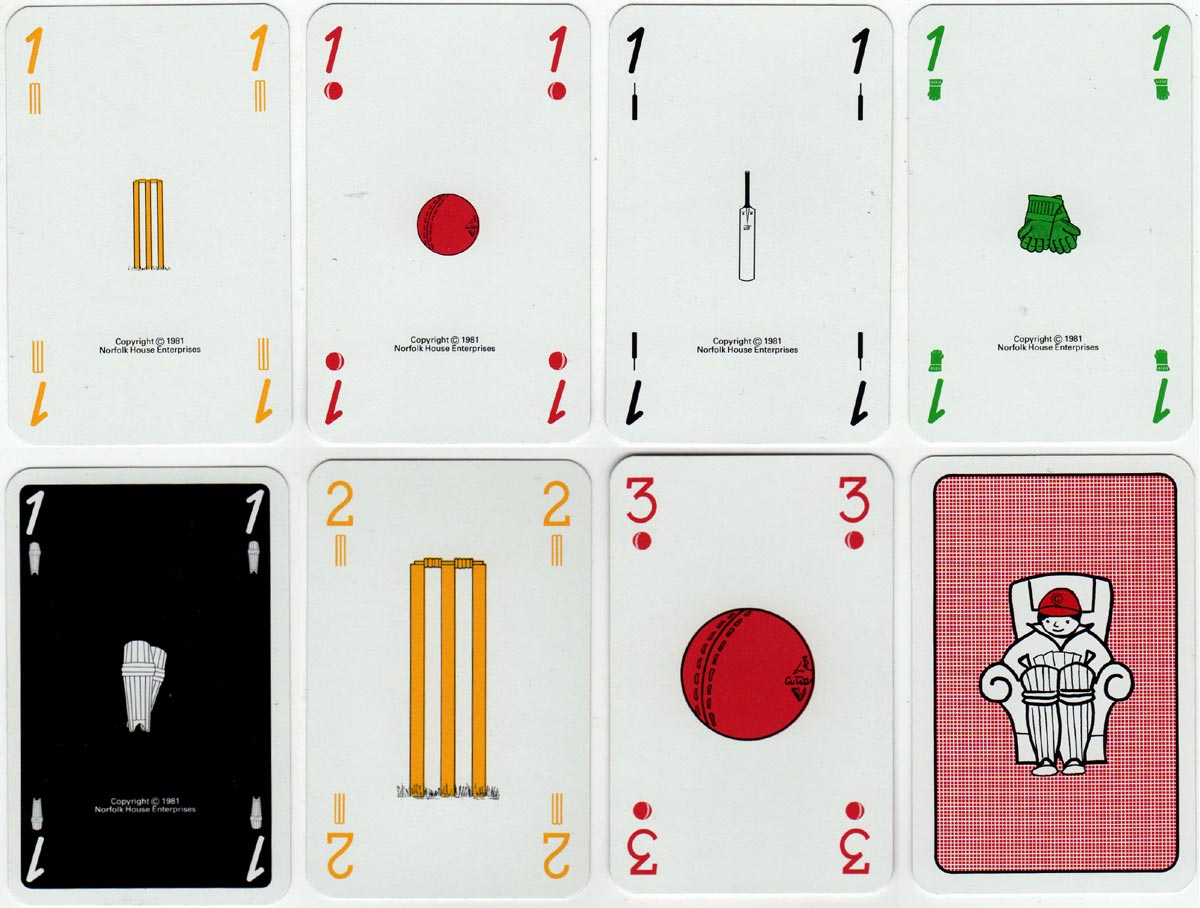 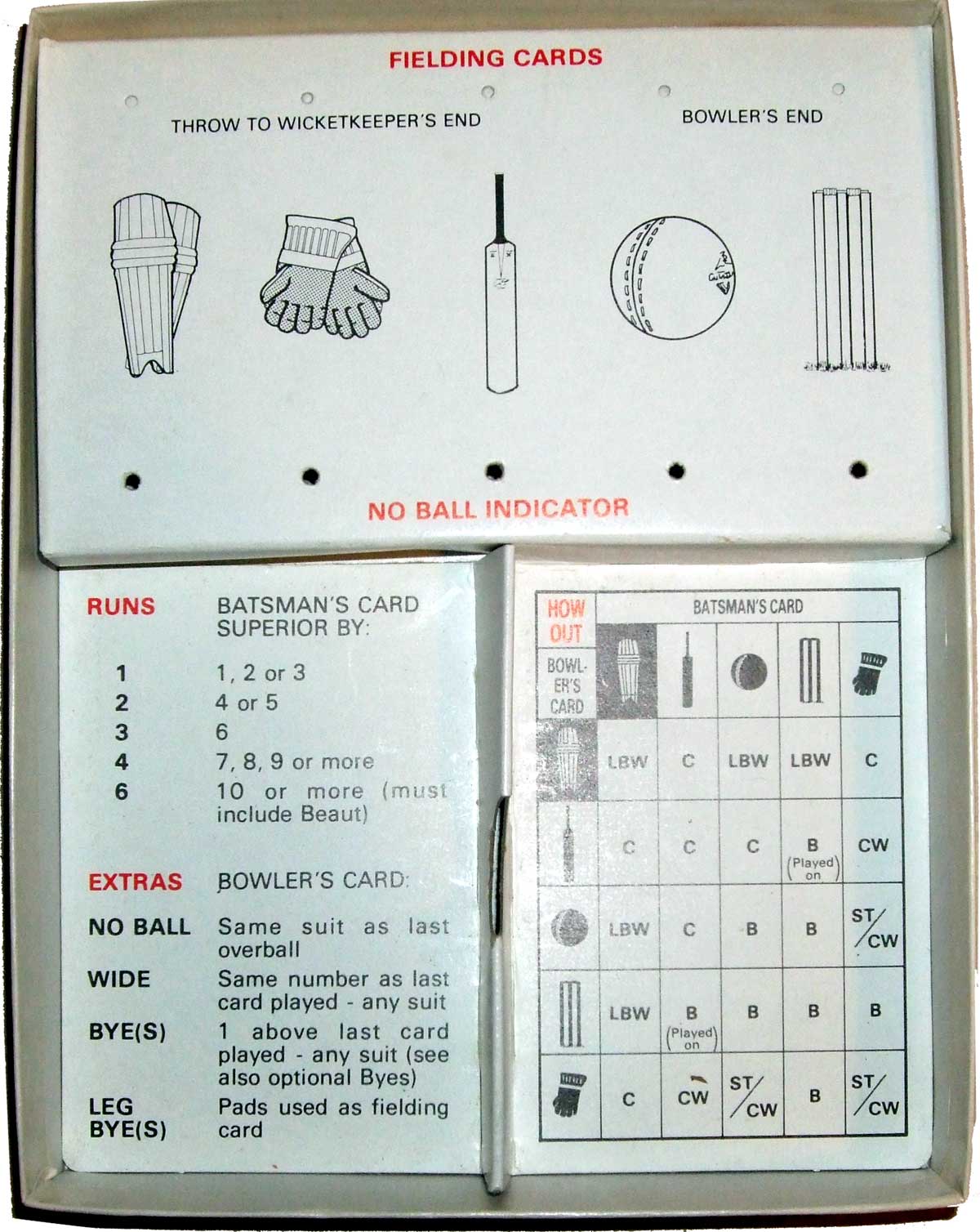 Above: Armchair Cricket, designed by Don Arnold, was first marketed by Norfolk House Enterprises in 1983.

The game is played by two or four players. One player the bowler (fielding team) the other the batting team. In simple terms, the bowler selects a card from their hand, plays it and the batsman then selects a card to counter it. Depending upon the relationship between the two cards the batsman may score runs if the card he plays is of the same suit as that bowled and a higher numerical value, being out if the card played is of a different suit and lower numerical value to that bowled or, alternatively, no further action occurs (the ball may have beaten the batsman but missed the wicket, or the batsman may simply play a defensive shot which does not allow any runs).

The score sheets included are very comprehensive with space for the names of 11 batsmen in each team, who won the toss (got the choice of batting), how each batsman was out, their runs scored, the bowler, total etc., even including space for scores for different days, before lunch, before tea and for the day.

The game was recently revived by Gibsons Games in 1995 and is also sold by Cricket Direct, apparently under the name Quicket.