Final Fantasy VII is a highly successful role-playing video game developed for the PlayStation console which won numerous awards. It was released in 1997. Each card in this special deck features a different character and the backs have a floral hologram effect that shows up when light hits the back at different angles. 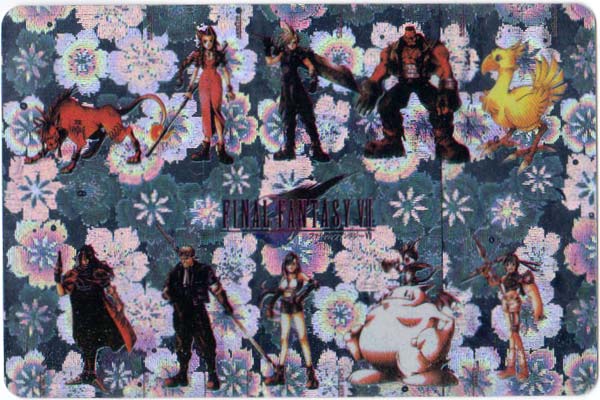 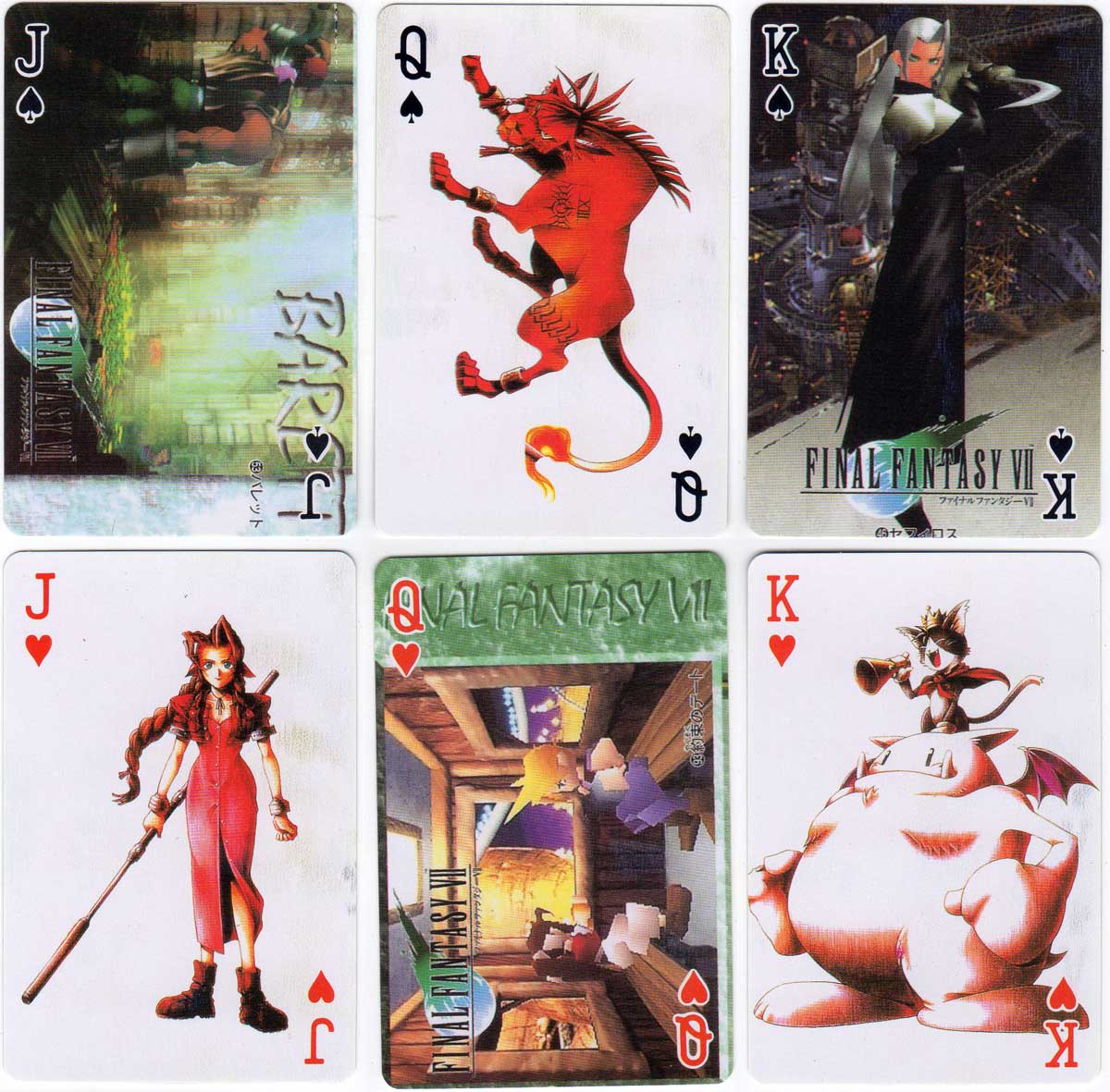 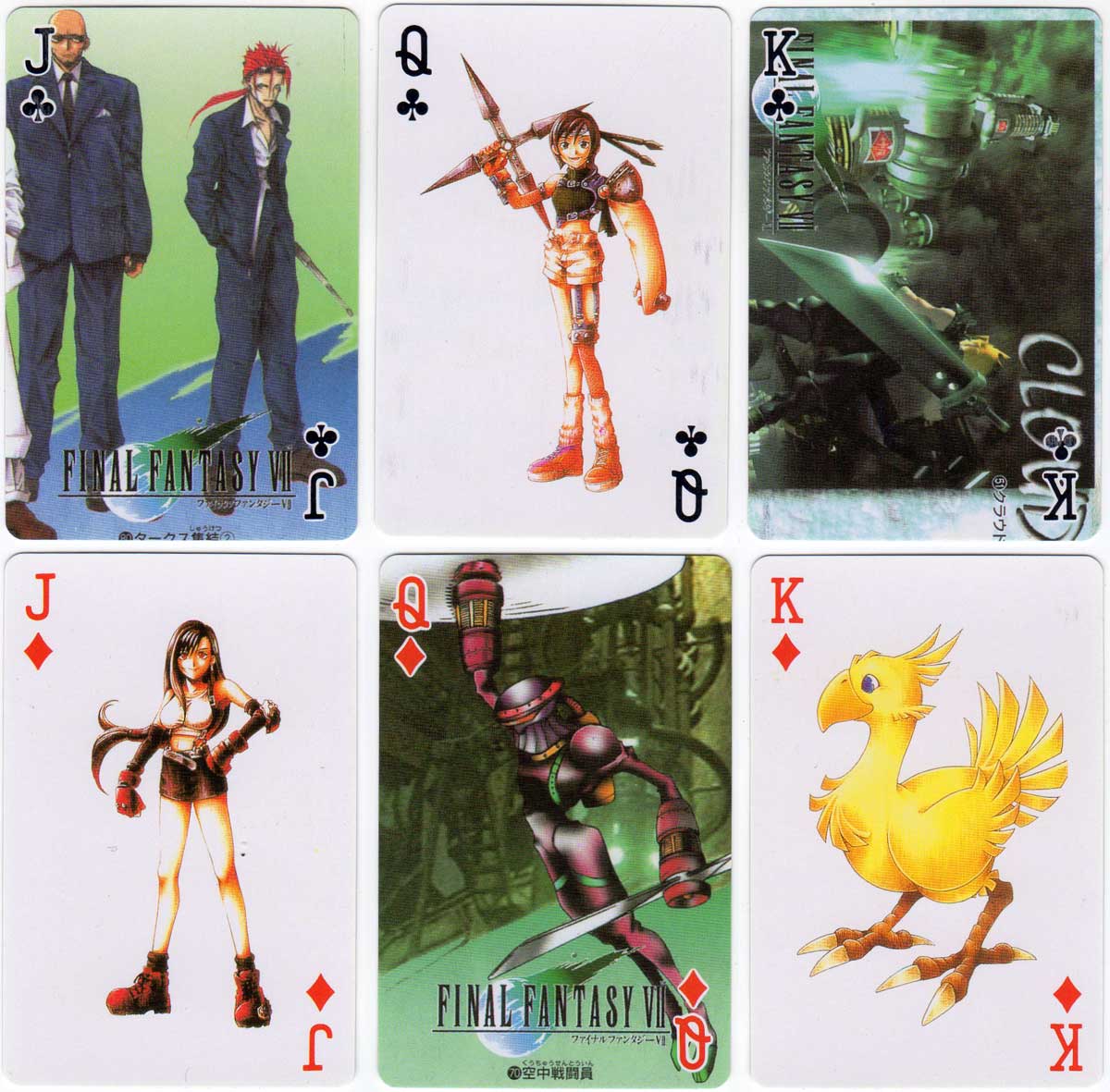 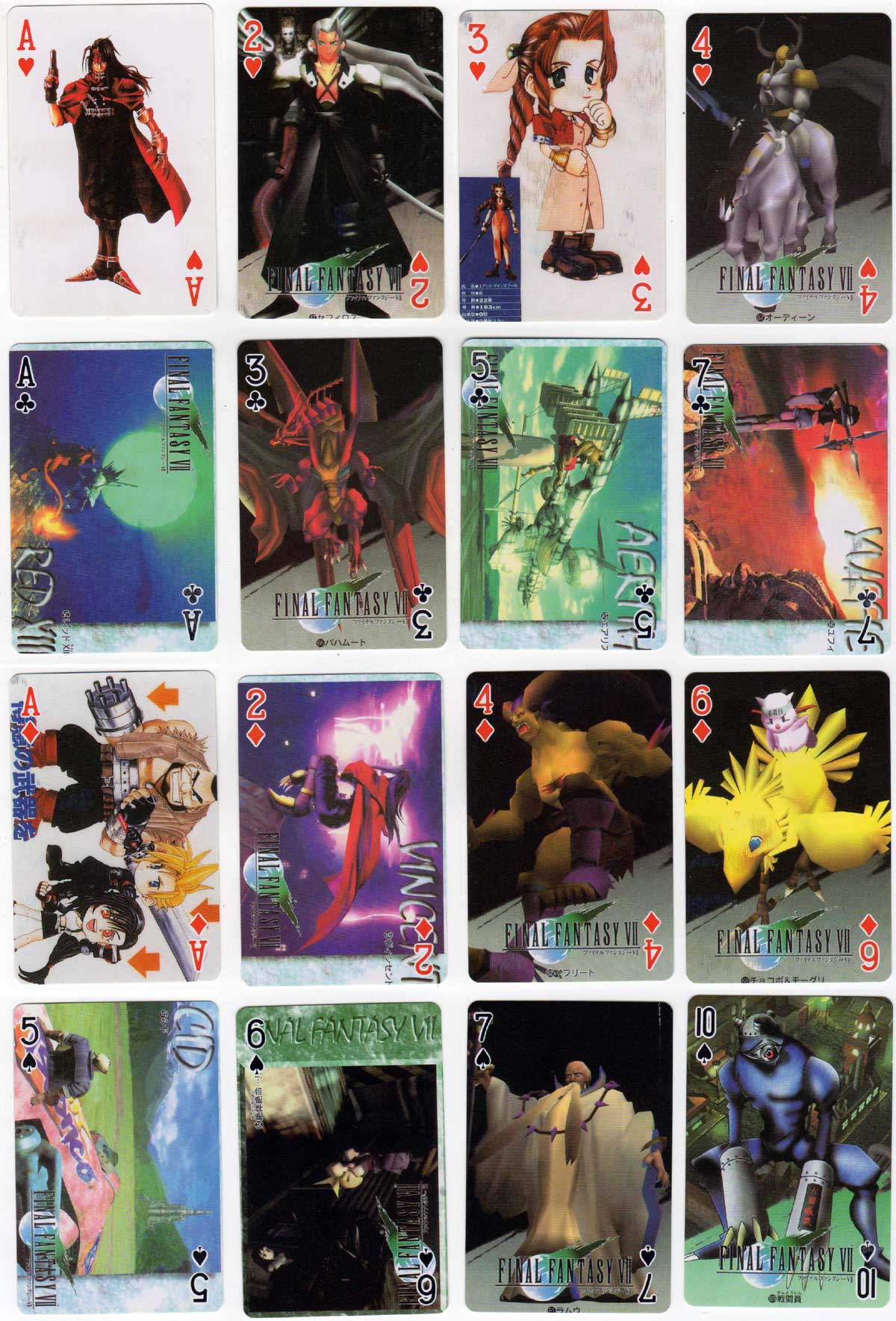 Above: playing cards based on Final Fantasy VII role-playing video game, published in or after 1997. The cards come in a clear plastic box. Made in Taiwan.