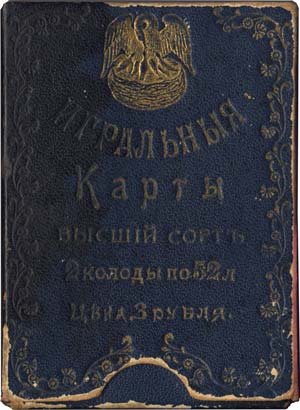 The emblem on the box depicts a pelican nurturing its young.
(This also appears on the tax stamp on the ace of diamonds).

Nikolay Nikolaevich Karazin (1842-1908) was a Russian military officer, painter and writer. He is mostly known for his paintings depicting wars and exotic places. He is the creator of the Russian art postcard  wikipedia → 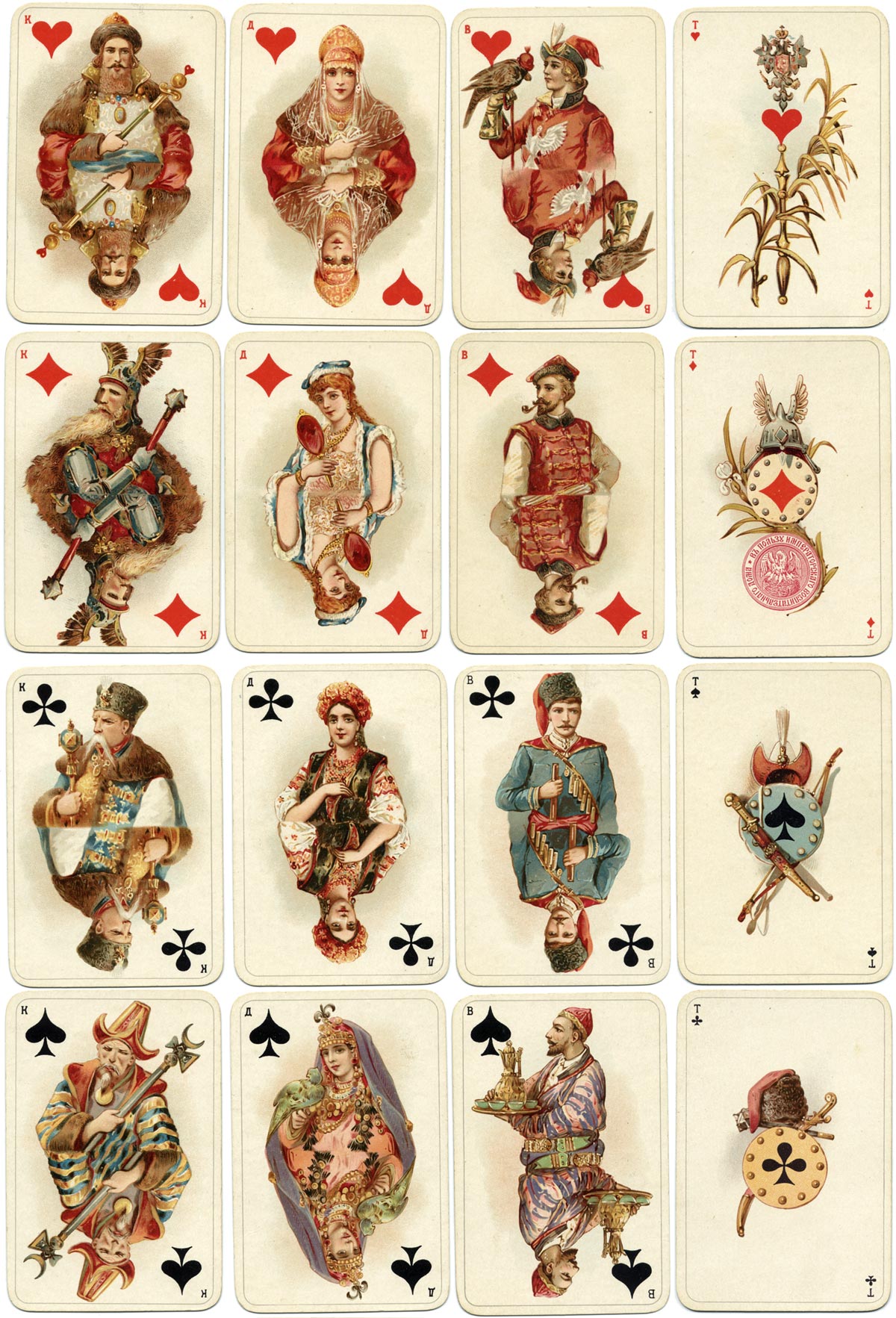 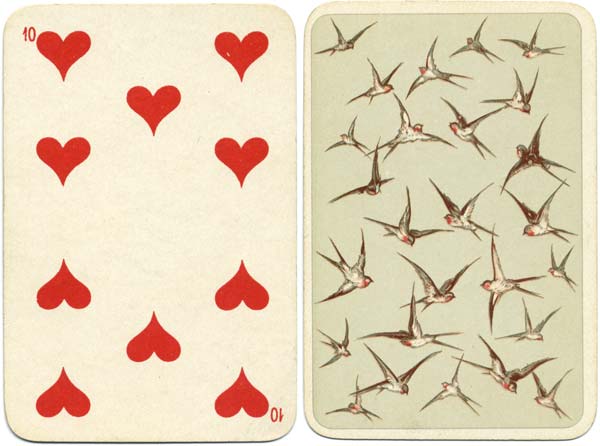 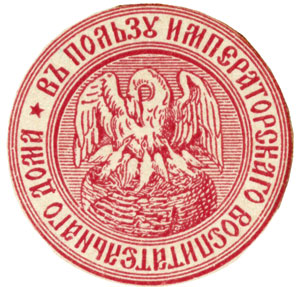