After the first edition of the Rider-Waite tarot in 1909 four further editions were published till approx 1940. These versions differ in several attributes: outline artwork, colours, lettering and card thickness. The letters A,B,C and D were given at random and do not refer to the order of publication of the packs. Below are details from each of these 4 different versions to aid identification. 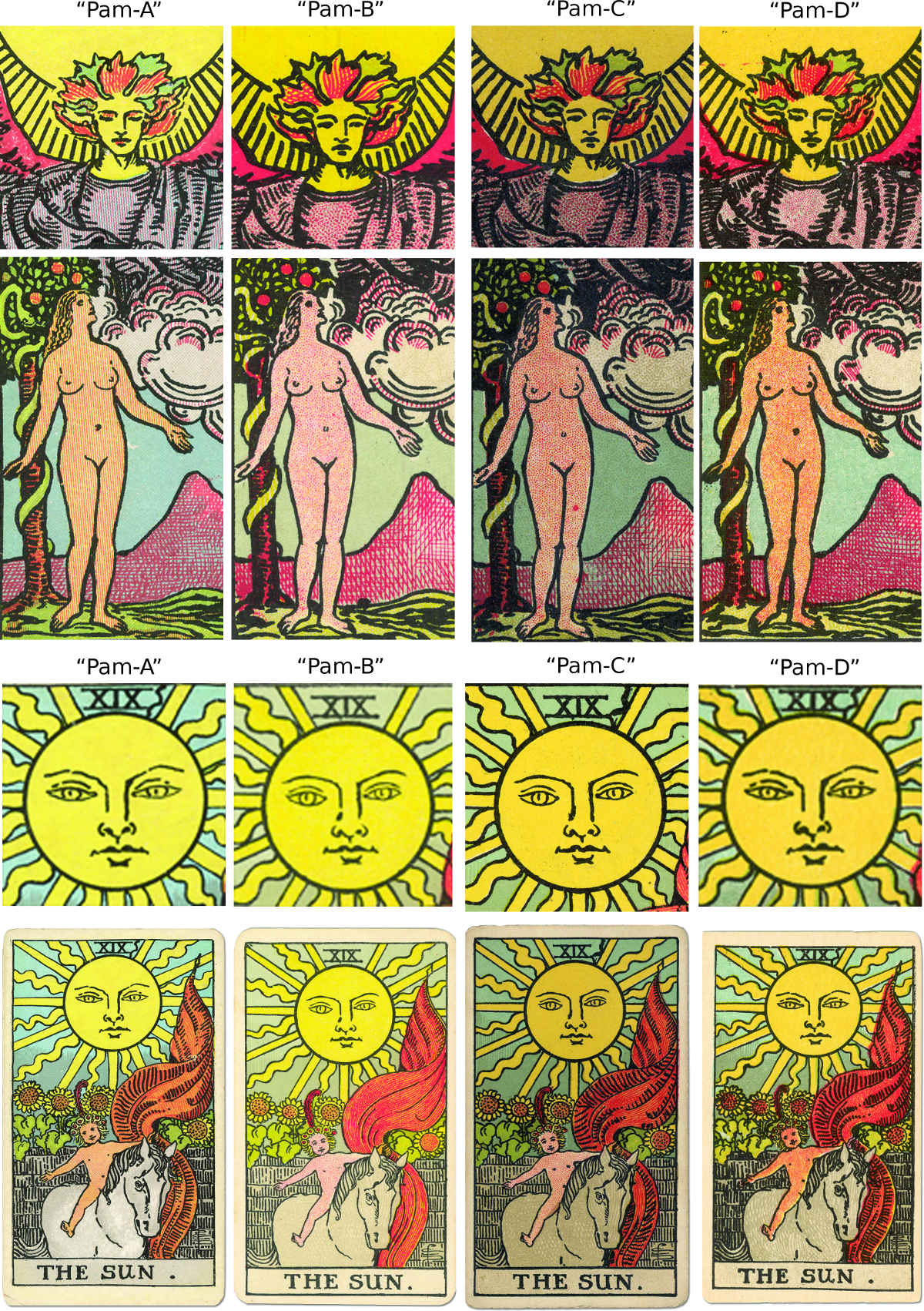 Above: The mechanical method used for tinting the skin colour and the hand-made cross hatching, as well as variations in the outline drawings, make these cards helpful to determine which edition we are looking at. For example, in 'The Sun' card, an extra undulating line appears to the right of the Roman numeral at the top, but is missing in Pam-B. Furthermore, differences in the facial expressions and eyes on the sun face are also discernible, as well as the shading lines in the banner, the printed calligraphy titles, the sunflowers, etc. In 'The Lovers' differences in the printing of the flesh tones can be seen, either a mechanical screen or dots. Also differences in the artistic quality of the line art are noticeable. The angel's facial features depict different expressions.

Jensen, K. Frank: The Story of the Waite-Smith Tarot, published by the Association for Tarot Studies.

Thanks to Saskia Jansen for additional research and comments.