Issued by the British Army in 2011, this deck of playing cards was handed out to recruits. It contains 52 cards divided into hearts, clubs, diamonds and spades, each with a different cartoon about army life, involving humour about masculinity, drinking or drug awareness, but also imparting a health message such as “Hands on Survival - Check for Lumps”, “Fit to Fight” and “Don’t be your own worst enemy!” Packs come with two jokers bearing information on where to get health advice and help. The cards are in the style of American ‘Stag Party’ pin-up decks from the 1950s with naughty or suggestive cartoons for men only, often involving doctors, nurses and honeymooners. 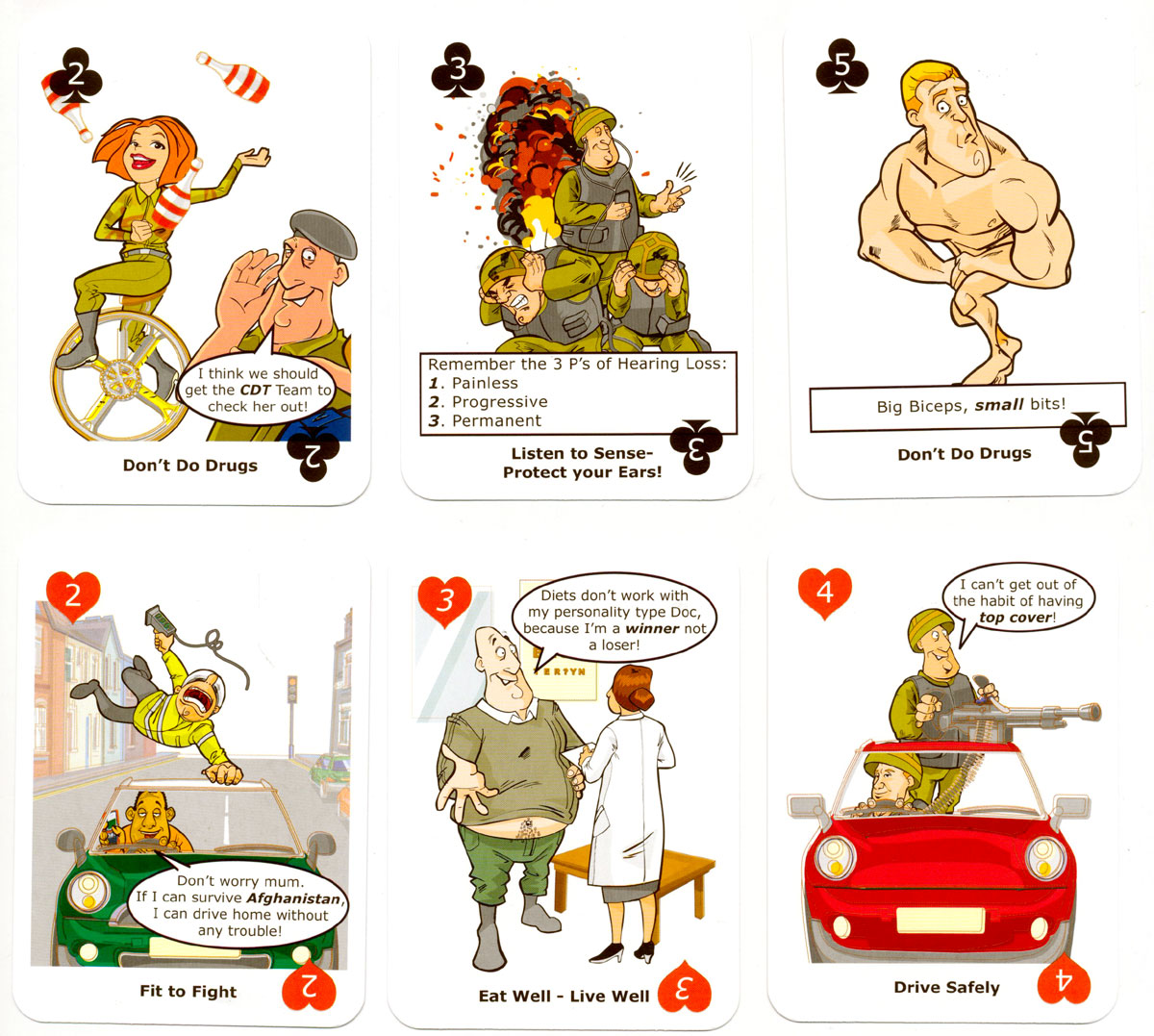 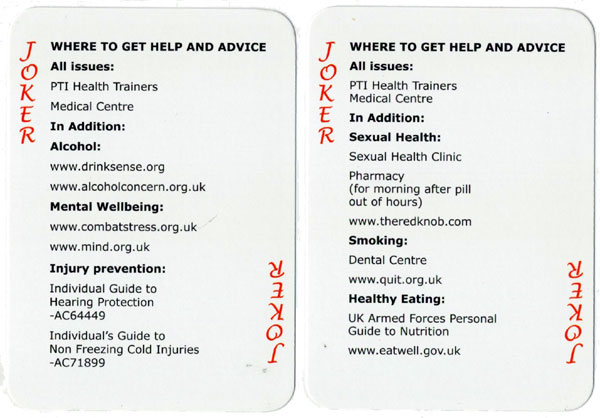 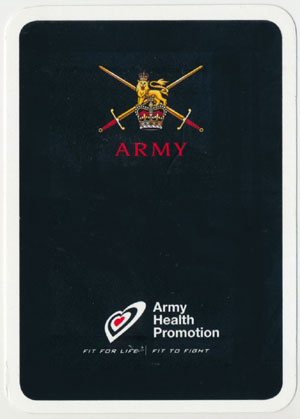