We think that these early English fortune telling cards were published by S. Hooper, a Book and Print Publisher of various London addresses during the period 1766 to 1792, Strand, Ludgate Hill, Arundal Street, Dukes Court and Holborn. He is also known for publishing his ‘Conversation Cards’. See the Instructions►

The wording printed on each card conforms to that found in the work on the oldest cartomancy meanings in English: “Dr. Flamstead’s and Mr. Patridge’s New Fortune-Book containing their new-invented method of knowing one’s fortune by a pack of cards” published c.1729, for further discussion see Mary K. Greer's Blog - https://goo.gl/JzSWR2► 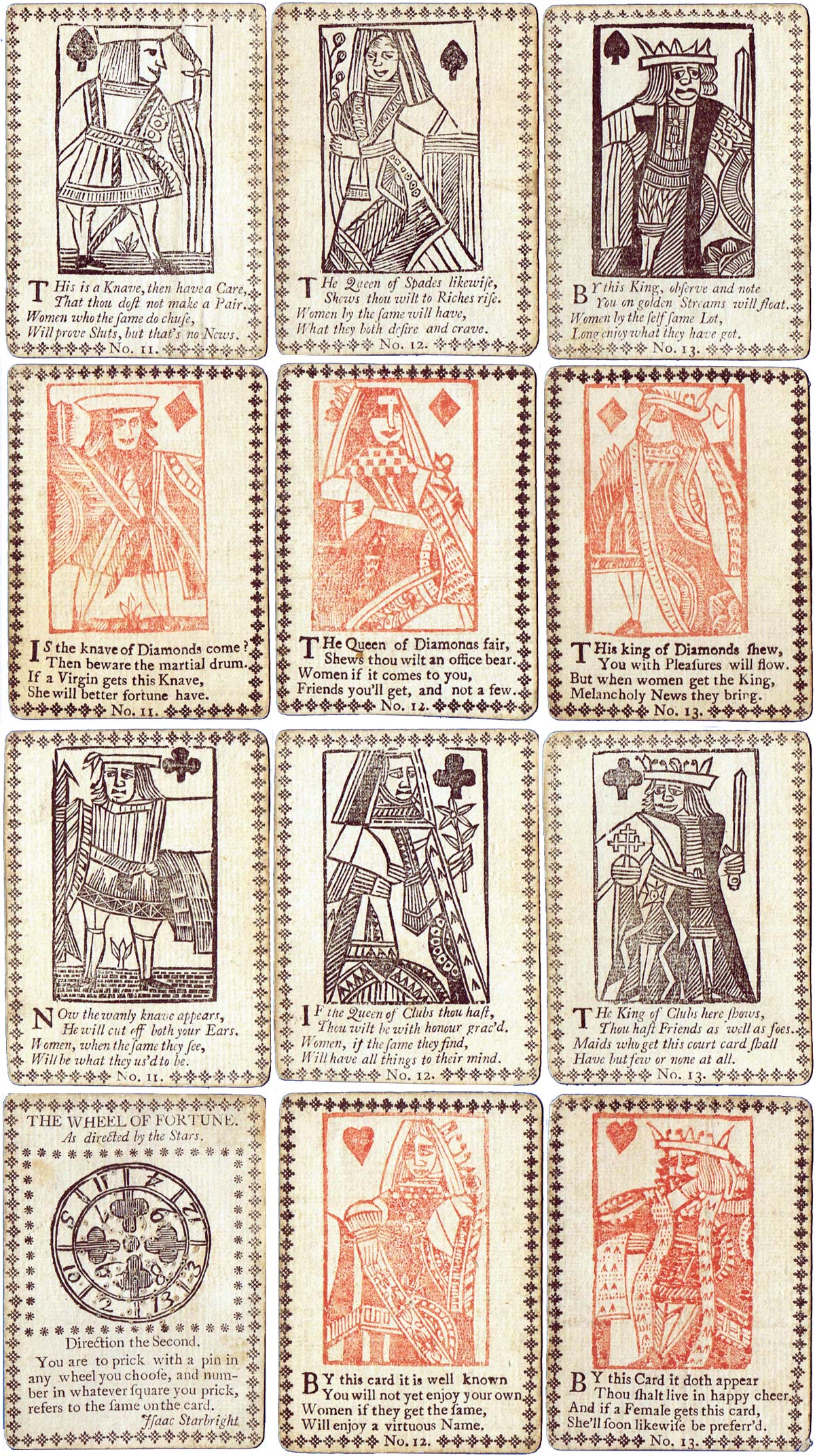 Above: cards from a pack of Fortune Telling cards, probably published in London, c.1770. The court cards are of the early style. Jacks have Fleur de Lys between their feet, black jacks feathers in their hats, king of clubs holds Cross of Lorraine, diamonds and hearts are red stencilled cards (including court cards) but excluding borders and legend. The Black Wheel of Fortune card has many pin holes in it - as it should - it is used to select the cards which then reveal your fortune. The lack of Aces is explained by the Instruction Card (Direction The First): "The conjurer being obliged to multiply the 12 signs of the Zodiac by the four seasons of the year could only employ 48 cards, was therefore commanded by the oracle of Delphos to exclude the 4 aces". However, the referenced source above does give rhyming couplets for the four aces.