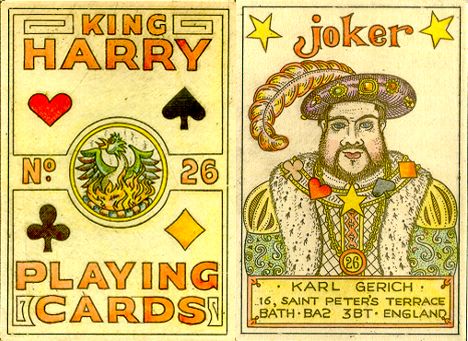 Variations on the standard English pattern are one of Karl Gerich's favourite themes. He produced several versions and this is a magnificent example which was first published in 1991 while Karl was trading as Victoria P.C.C. The full-figure courts have all the traditional features clearly delineated with the addition of rich decoration. Each card is hand coloured; the colours vary between different examples of this pack. King Henry VIII appears on the Joker. Karl's phoenix motif appears on the box, a mythical bird consumed by fire only to rise again from its ashes... 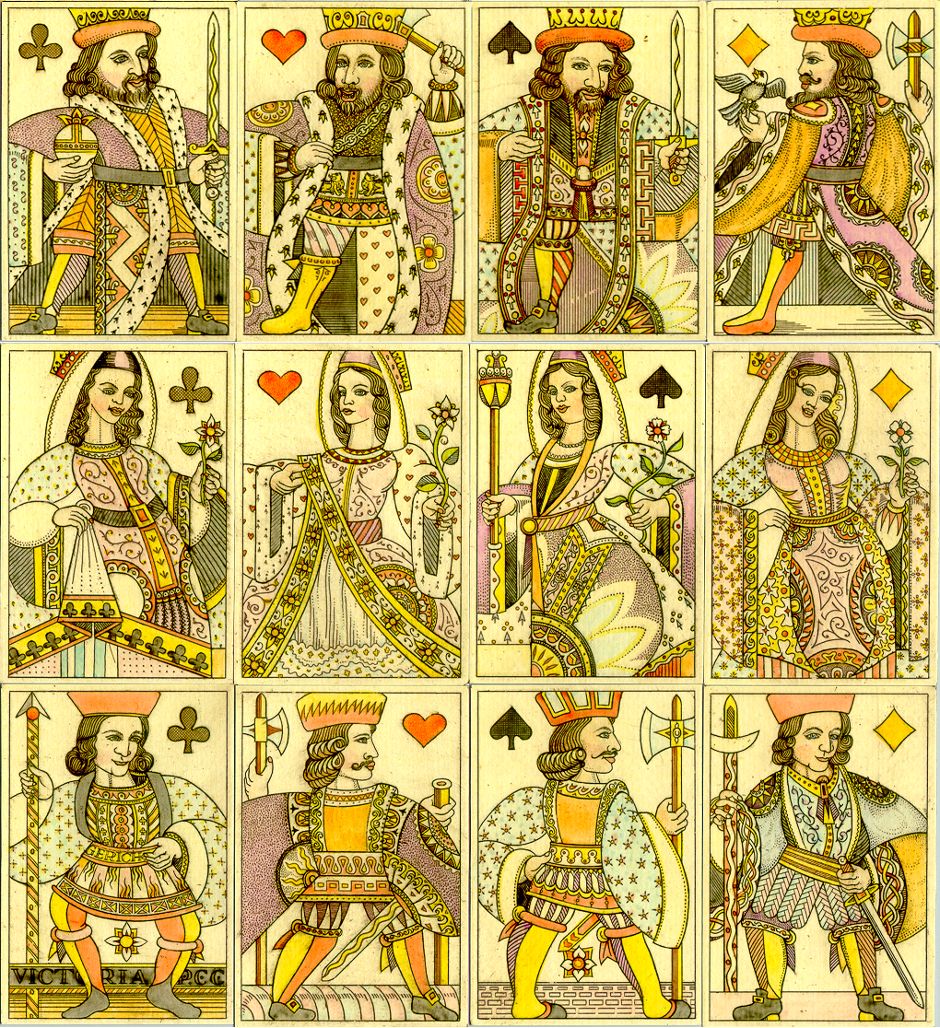 Above: cards from “King Harry Playing Cards” produced by Karl Gerich (trading as Victoria P.C.C), first published 1991. The court cards are reminiscent of the traditional English pattern which evolved from 16th century Rouen cards. The single-ended joker shows Henry VIll while the ace of spades sports two tigers which have crept in from the "Dos Tigres" mark. 52 cards + Joker; 66mm x 92mm.